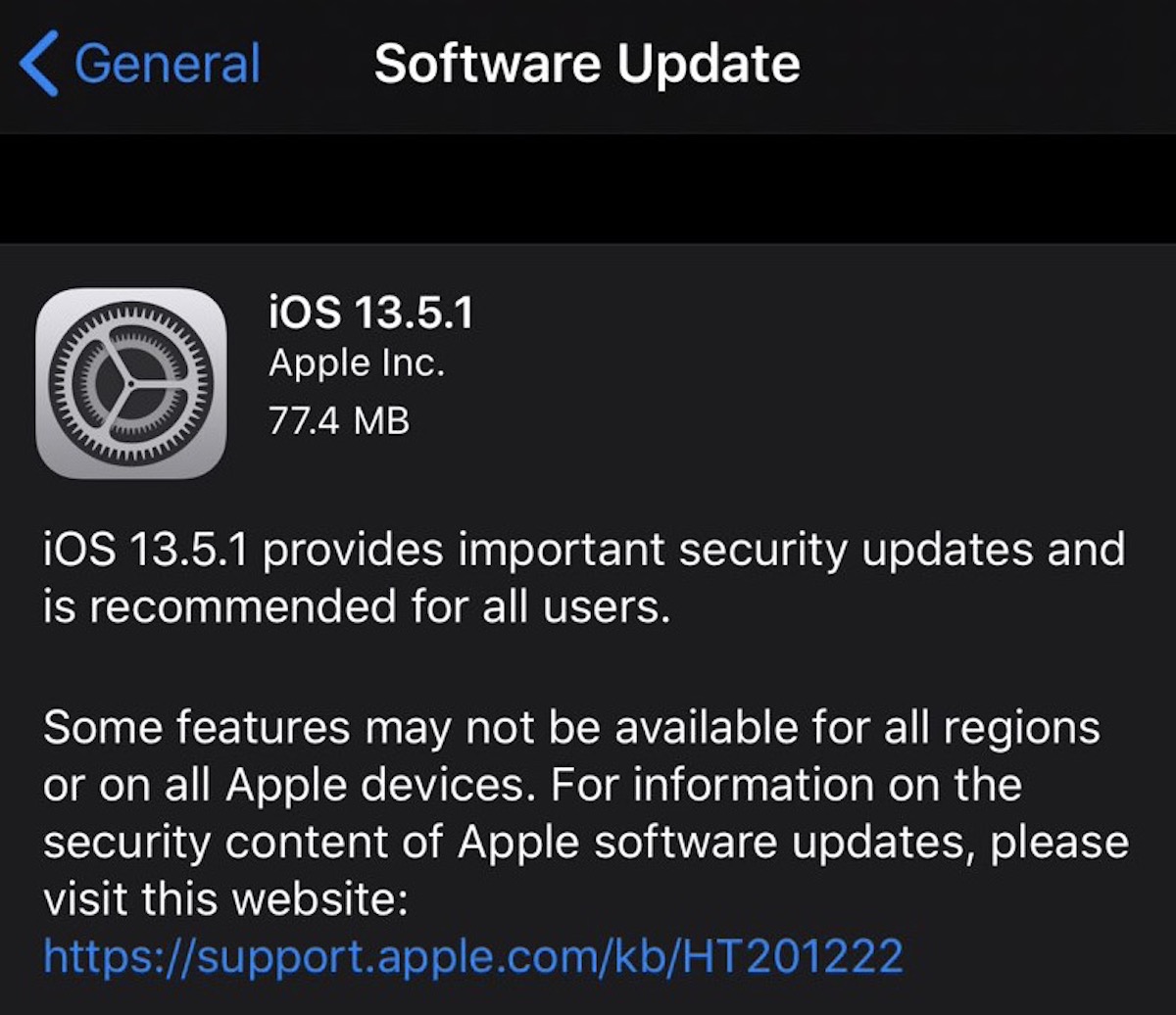 Today Apple released iOS 13.5.1, which is a minor point software update with a security patch instead of the addition of any new features. This update essentially added a patch to iOS 13.5.

Specifically, Apple said that the update patches a vulnerability used by the Unc0ver jailbreak. Here is what the release notes say:

Impact: An application may be able to execute arbitrary code with kernel privileges

When a jailbreak was released for iOS 13.5 last month, it allowed devices like the iPhone 11, iPhone SE, and the 2020 iPad Pro to be jailbroken even while they were running iOS 13.5. And it is believed that iOS 13.5.1 blocks the 0day kernel vulnerability being used by the Unc0ver jailbreak tool.

The iOS 13.5 update had more features added to iOS devices such as enhanced Face ID authentication that accounted for people wearing a mask due to social distancing guidelines.

While this update sounds like it could be essential, it does not directly impact the majority of iOS users. iOS 13.5 was a much more important update for those of you who are wearing a mask and use Face ID regularly.