Both the Apple Watch 4 and Apple Watch 5 have GPS and GPS + Cellular models. And both devices also feature GPS/GNSS, compass, and barometric altimeters.

The Apple Watch Series 4 and Series 5 both feature water-resistance of 50 meters under ISO standard 22810:2010. What this means is that they can be used for shallow-water activities like swimming in a pool or ocean. But it should not be used for scuba diving, waterskiing, or other activities involving high-velocity water or submersion below shallow depth.

This is the weight specifications of the Apple Watch 5:

This is the weight specifications of the Apple Watch 4: 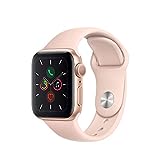 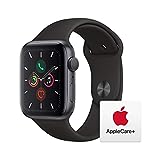 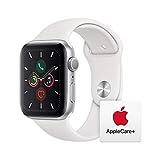