5 Of The Best Astrophotography Lenses

5 Of The Best Astrophotography Lenses

Astrophotography is all about capturing the night sky, often the Milky Way specifically. While certain camera specifications like the sensor size (full-frame is preferable) are important, it is the lens that is the biggest influencer of image quality when it comes to astrophotography.

When selecting a lens for this purpose, you’ll want to consider the maximum aperture in order to keep ISOs down and wide focal lengths so you can include more of the night sky. Price, weight, and sharpness are also important things to pay attention to. Below is a list of 5 of the best astrophotography lenses: 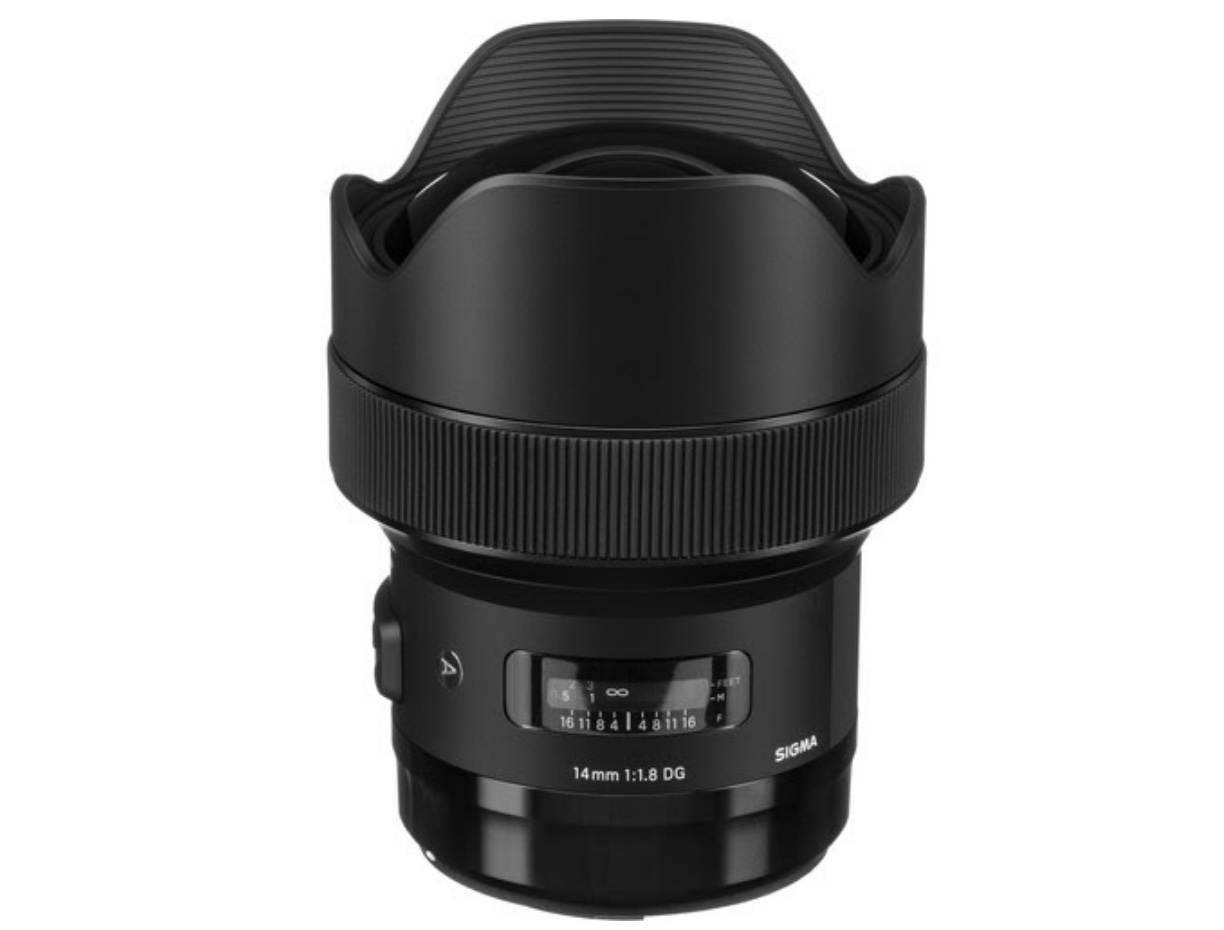 The Sigma 14mm f/1.8 DG HSM, intended for full-frame sensors, offers an ultra-wide field of view as well as a wide-open aperture of f/1.8 – making it one of the best combinations of focal lengths and aperture on this list, though this comes at a steep price. The wide focal lengths allow for the inclusion of more stars/foreground while the wide aperture grants the use of lower ISOs and faster shutter speeds.

Being in Sigma’s Art series of lenses, the device is designed to maximize its detail-rendering capabilities. Within the lens are layers of Sigma’s various types of dispersion glass to prevent any level of chromatic aberration from appearing on the image.

On top of this, the large hypersonic motor aids the camera in achieving quick and accurate autofocus. While this is not the most helpful with astrophotography, it assists when using the lens for other purposes. In terms of mount compatibility, the lens comes in the Canon EF, Nikon F, Sony E-, Sigma SA, and Leica L mounts, giving it usefulness to a large amount of the photography community. 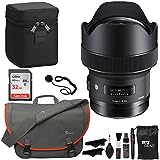 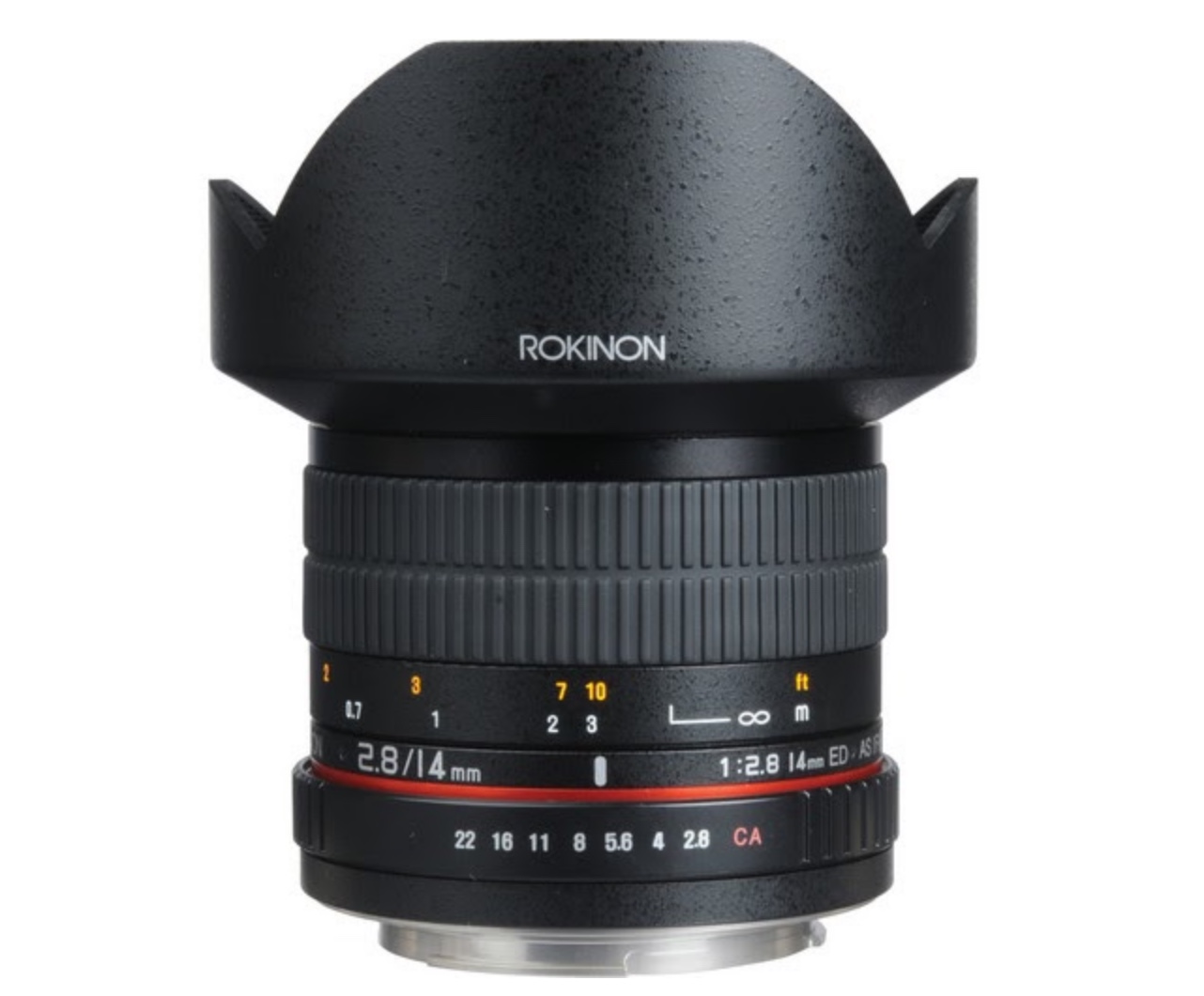 The Rokinon 14mm f/2.8, designed for full-frame sensors, is one of the best balances of cost and performance. Much like the Sigma above, the Rokinon features a 14mm focal length and an aperture of f/2.8, allowing for plenty of light to enter the camera. As a result of the cheaper cost, the lens is entirely manual focus.

This shouldn’t be much of an issue for astrophotography, though, as the darkness of the sky usually necessitates the use of manual focus anyway. Also, at times the lens flare can become excessive and, because of the integrated lens hood and bulging of the glass, conventional filters aren’t compatible and the lens cap is large, so it can’t be easily placed in a pocket.

Despite the minor shortcomings and cheaper price, the lens doesn’t display much distortion or chromatic aberration and makes for a quality, affordable lens for capturing the stars. 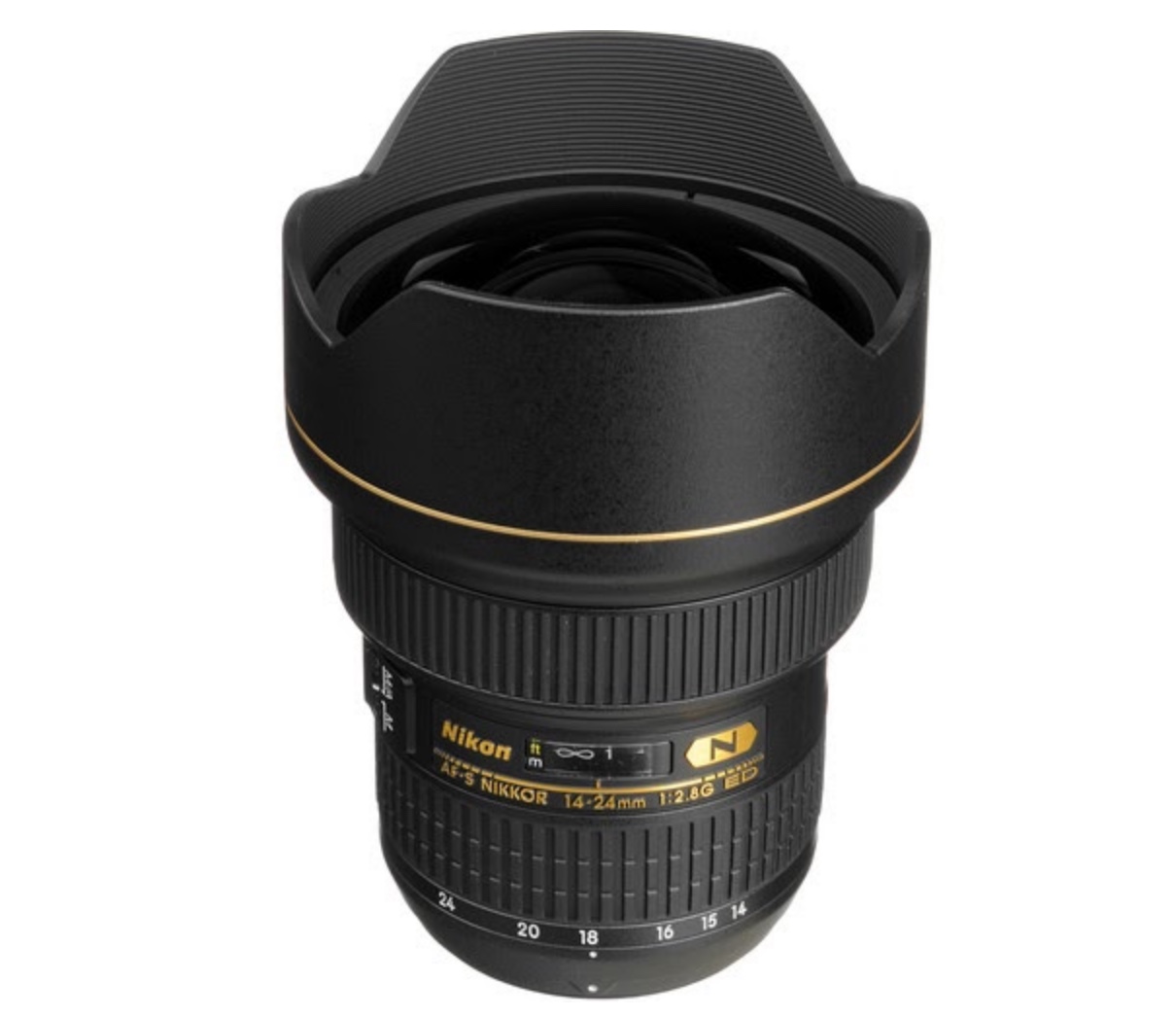 With a focal length range of 14 to 24mm and a constant maximum aperture of f/2.8, the Nikon AF-S NIKKOR 14—24mm f/2.8G ED gives flexibility in focal length while still allowing a great amount of light to enter the camera. It is designed for Nikon’s FX sensors, which are full-frame.

While the lens requires a special holder for filters and is a bit on the heavy side, it is sharp across its whole focal length range. Though this comes as a high price tag, the lens will rarely, if ever, disappoint. 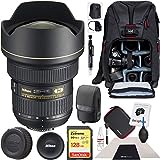 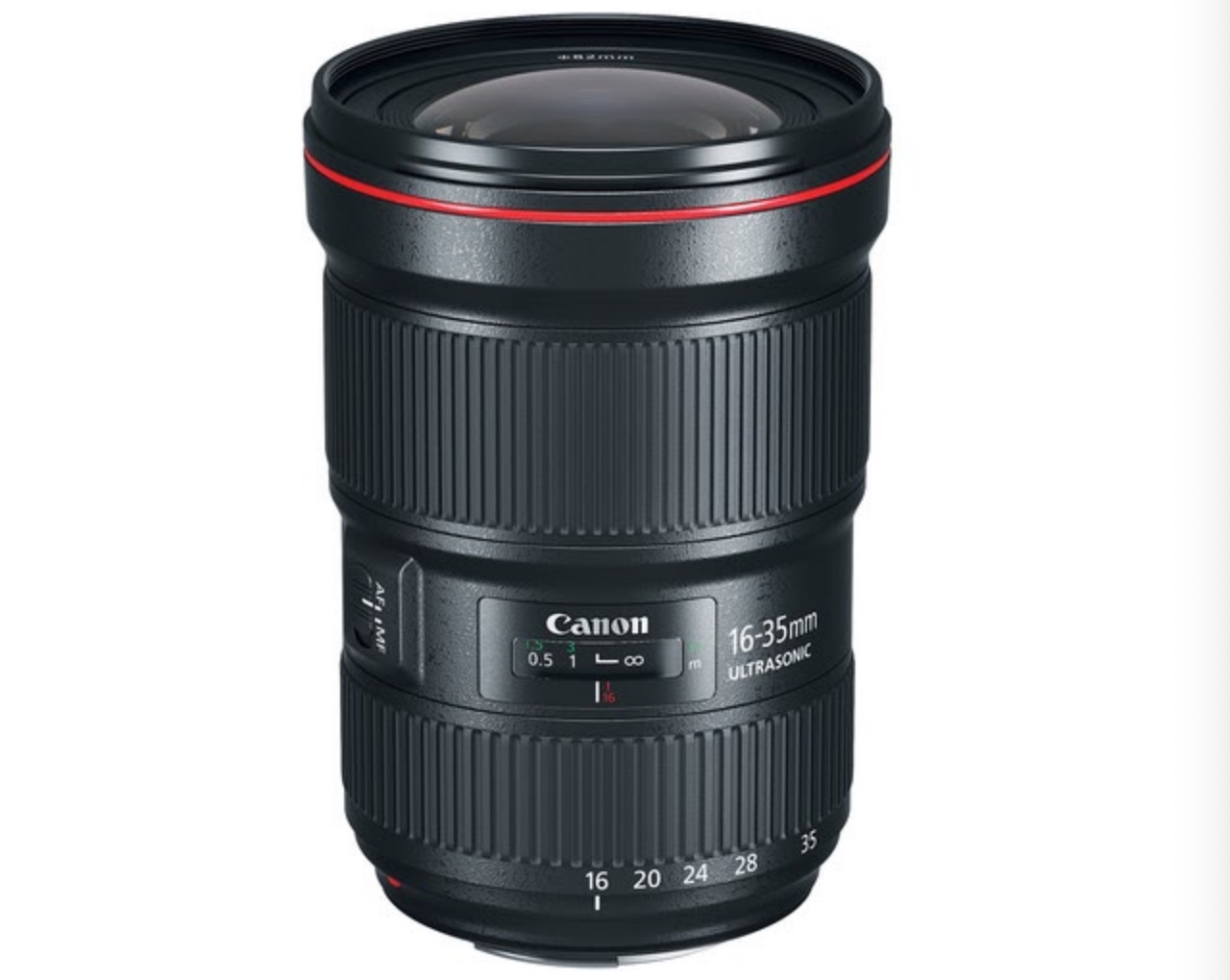 Another lens on the high side of cost, the Canon EF 16—35mm f/2.8L III USM lens, intended for full-frame use, is part of Canon’s high-end L series of lenses. The lens is very sharp, especially wide open, and holds onto this sharpness for the majority of the focal length range.

And the f/2.8 aperture lets a lot of light in, allowing ISOs to be lowered and shutter speeds to be quickened for astrophotography. On top of this, the lens features several different lens elements, such as a ground aspherical lens and two UD lenses, as well as Subwavelength Coating and an Air Sphere Coating to help reduce distortion, chromatic aberration, and other unwanted artifacts. Much like the Nikon AF-S NIKKOR 14—24mm f/2.8G ED it, expectedly, only comes in the mount of its manufacturer, the Canon EF.

The lens will work with Canon’s APS-C cameras, which are EF-S mount. Using an APS-C camera, the lens will practically function as a 26-55mm lens with an effective aperture of f/4.5, making it not-too exceptional for APS-C use. But for a full-frame camera, which it is intended for, the lens will perform great.

Outside of astrophotography, the lens is exceptional for landscapes. The sunstar created by this lens is very characteristic of the Canon EF 16-35mm f/2.8L III USM and is much sought-after. 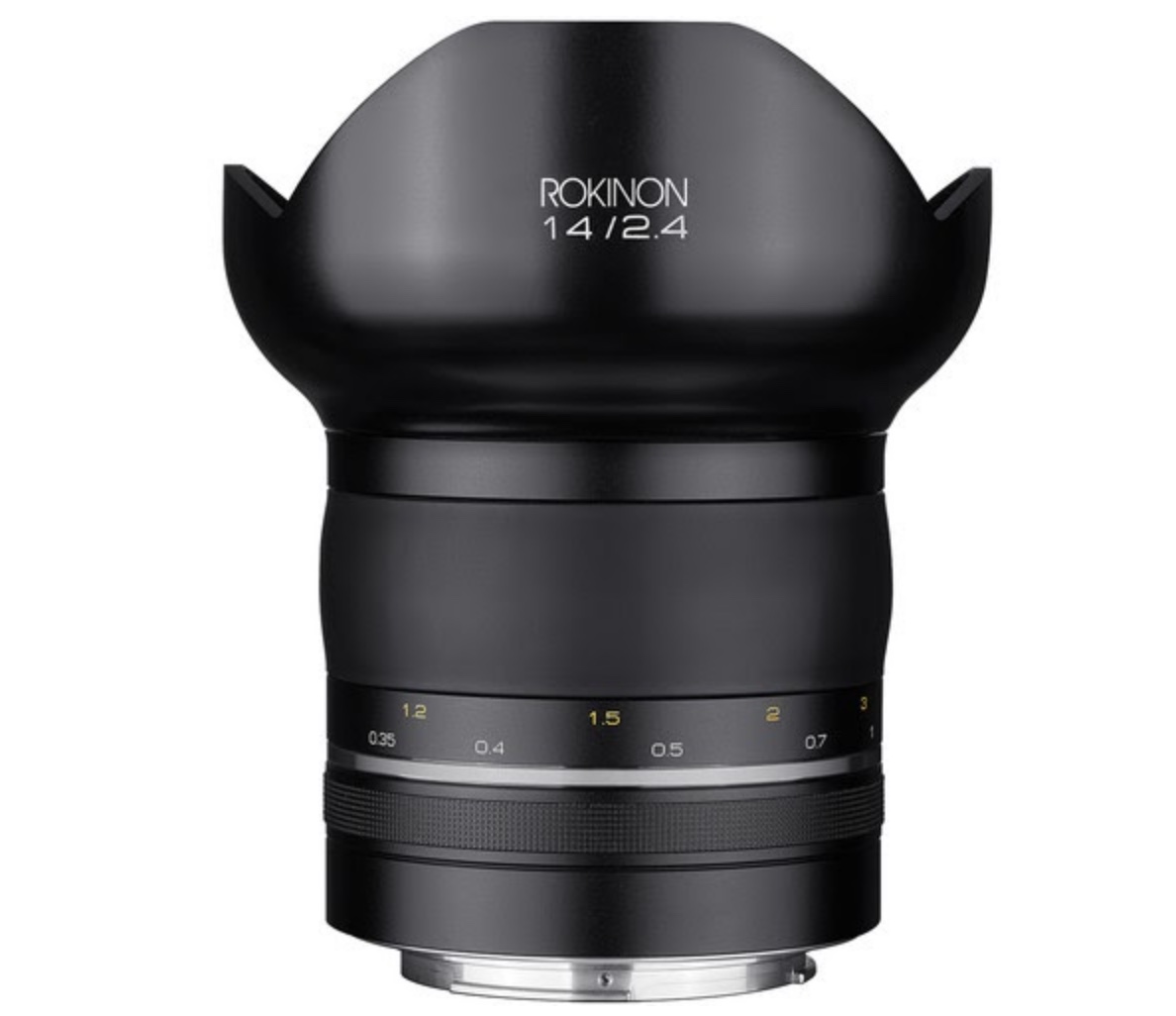 Branded as the Samyang XP outside of North America, the Rokinon SP 14mm f/2.4 features the same ultra-wide-angle focal length as the previous Rokinon lens listed. The difference with the Rokinon SP is the slightly-wider aperture and better overall build quality, being made of metal rather than plastic.

There are four types of special lens elements employed to reduce distortion, aberrations, and other unwanted color artifacts. And the lens has Rokinon’s Ultra Multi-Coating and a built-in lens hood, which helps to reduce lens flare. There still is noticeable lens flare when the light is too bright, but it’s greatly reduced when compared to the cheaper Rokinon 14mm f/2.8 IF ED UMC.

And though the lens is a manual focus, the ring is easy to grip and slides smoothly, making it easy to achieve precise focus quickly. As with most other ultra-wide-angle lenses, the Rokinon SP 14mm f/2.4 is versatile and will perform well, not just with astrophotography, but also with landscapes and architectural work.