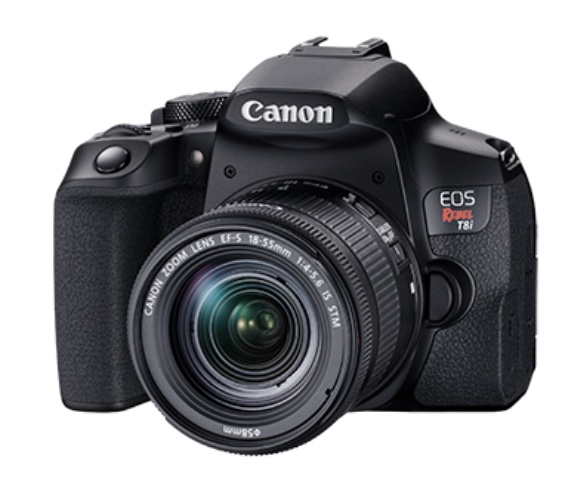 Announced in February 2020, the Canon EOS Rebel T8i is the newest model in Canon’s Rebel series of entry-level DSLRs. The T8i is the successor to the T7i and, while not a major upgrade, features several improvements that make it a more-than-satisfactory camera for photography beginners. The T8i currently sells for $799 with the 18—55mm IS STM kit lens.

The T8i features an APS-C cropped, 24.1 megapixel CMOS sensor, similar to the T7i. Images from the T8i are consistent with other Canon cameras in bright colors and meticulous details. And the 24.1-megapixel sensor should result in detail-filled prints for the majority of common printing sizes.

The T8i has an ISO range of 100 to 25600 and is expandable to 51200. And Canon’s DIGIC 8 image processor helps in preserving image quality even at high ISO values. On top of that, the processor allows for 7 fps bursts when using the viewfinder and a 7.5 fps burst with Live View on the front LCD, a slight improvement from the T7i. The buffer for RAW shots is about 35 shots, giving ample opportunity to capture the perfect moment.

In terms of video quality, the T8i is capable of shooting 1080p at 60fps and, new to the Rebel series, UHD 4K video at 24fps. While videos in this setting certainly look sharp, it does suffer from a 1.5x crop factor. This makes it difficult to shoot wide-angle video, even with the kit lens’s range of 18mm—55mm. The crop factor means 18mm is the equivalent of 27mm. That being said, the 1080p video captured by the T8i is exemplary. 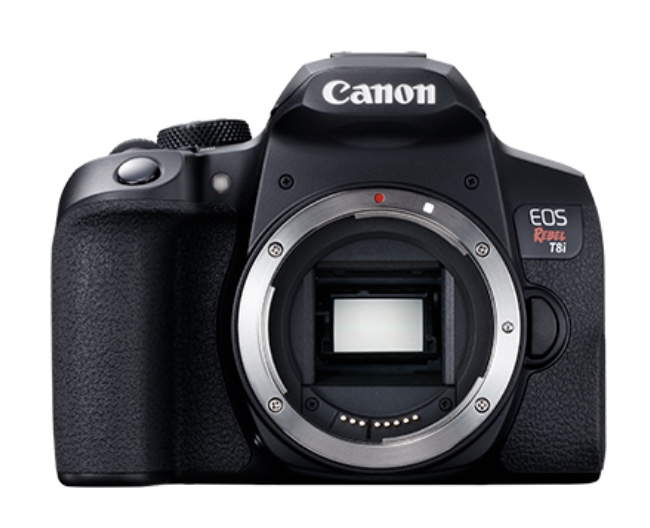 The autofocus in the T8i takes advantage of Canon’s Dual Pixel AF and a 45-point all-cross-type AF system. And the T8i also has Intelligent Tracking (iTR), which is new to the Rebel series.

This technology helps immensely in tracking faces and detecting eyes. But when shooting in 4K, the Dual Pixel AF capabilities are lost in favor of a lesser contrast-detection system. Overall, the Dual Pixel AF is quick and accurate for both stills and video.

The T8i features a fully-articulating 3.0” LCD screen with Live View capabilities. Its guided menus work well in helping the user improve their work over time. The battery that comes with the camera is rated at about 800 shots per charge when using the viewfinder and 310 if using Live View on the LCD.

To offer better handling, the camera has a well-sized grip despite its relatively small size. And though the body is largely made from plastic, it certainly doesn’t feel cheap. 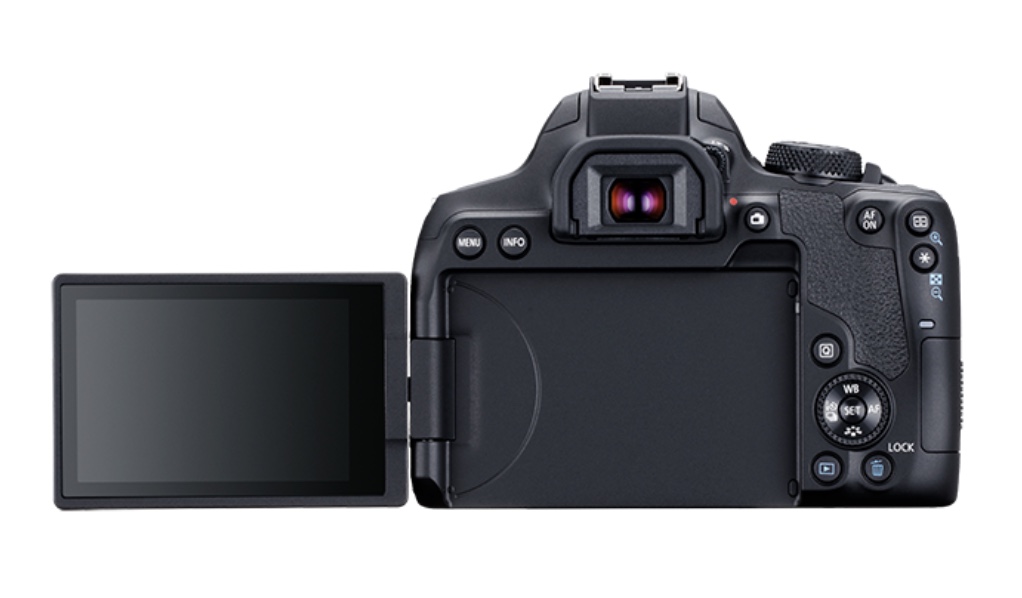 Being that it is an APS-C-crop sensor, the camera works with both of Canon’s EF and EF-S lines of lenses, giving it compatibility with a wide range of lenses. And the EF-S line is made specifically for APS-C sensors while the EF line is created for full-frame sensors. There will be a slight crop if using a full-frame lens on the T8i, which can come as an advantage or disadvantage depending on your situation.

For connectivity, the T8i comes with Bluetooth and built-in Wi-Fi. This makes it easier to transfer images from the camera to other devices.

With fierce competition from other APS-C DSLRs and mirrorless APS-C cameras, the Canon T8i has the challenge of standing out. It’s not the most extraordinary camera in its price range, but it’s nevertheless a solid upper-entry level DSLR that will serve its user well with its solid autofocus and sensor/processor. The camera gives plenty of room for the photographer to grow, offering many automatic or partially automatic modes along with its full suite of manual settings.

Based on the specifications to price ratio, Pulse 2.0 has assigned the Rebel T8i a score of 4 out of 5.

Want To Buy The Canon EOS Rebel T8i? Here Are Some Options: