Samsung Galaxy Note 20 Vs Note 20 Ultra: Differences You Should Know About

Samsung Galaxy Note 20 Vs Note 20 Ultra: Differences You Should Know About 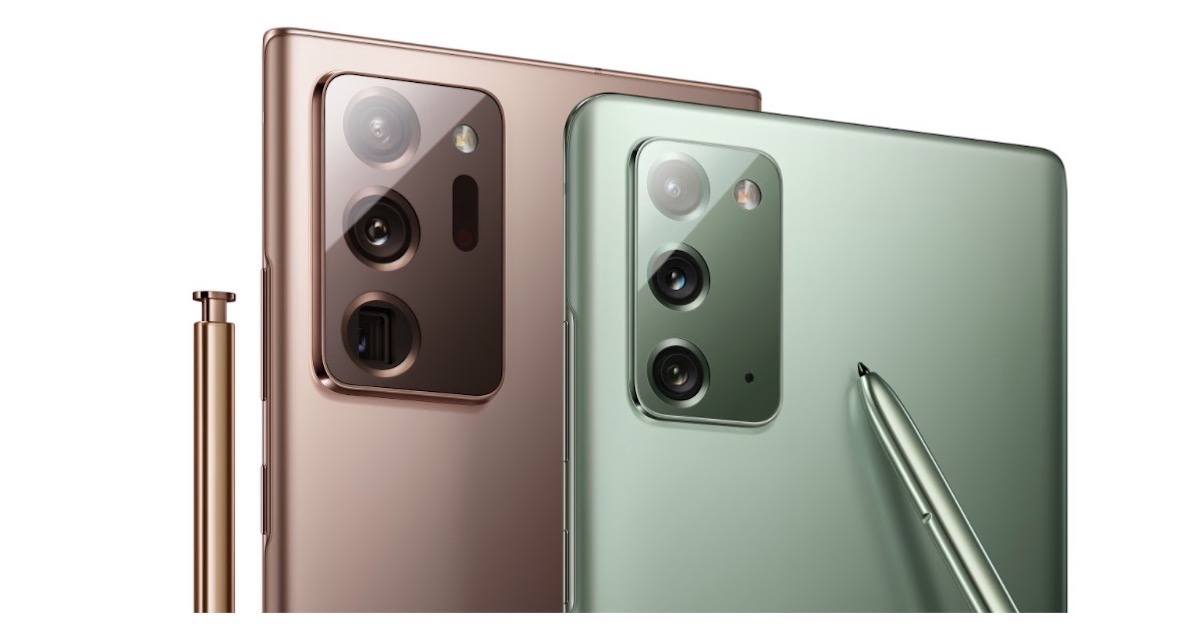 The Galaxy Note 20 and Note 20 Ultra are Samsung’s newest smartphones in the Note line and the successors to the Note 10 series. Both smartphones are of the largest in Samsung’s inventory. With countless upgrades and features, notably the high megapixel cameras and sizeable screens, you may be wondering how these two models compare. Here is an overview of the Samsung Galaxy Note 20 vs. the Note 20 Ultra to help you understand the differences:

In terms of the screen, the Note 20’s measures at 6.7 inches and is entirely flat. The Note 20 Ultra, on the other hand, comes with a larger 6.9 inches screen, which also has a seamless curved edge.

Along with an advantage in size, the Note 20 Ultra’s screen is also 1440p and features a 120Hz refresh rate, providing crisp and smooth graphics. The Note 20’s screen has the standard 1080p resolution with a 60Hz refresh rate.

While both phones will be more than sufficient for watching videos, reading small text, multitasking, or another other activity, you will always be impressed by the clarity when you turn on the Note 20 Ultra. 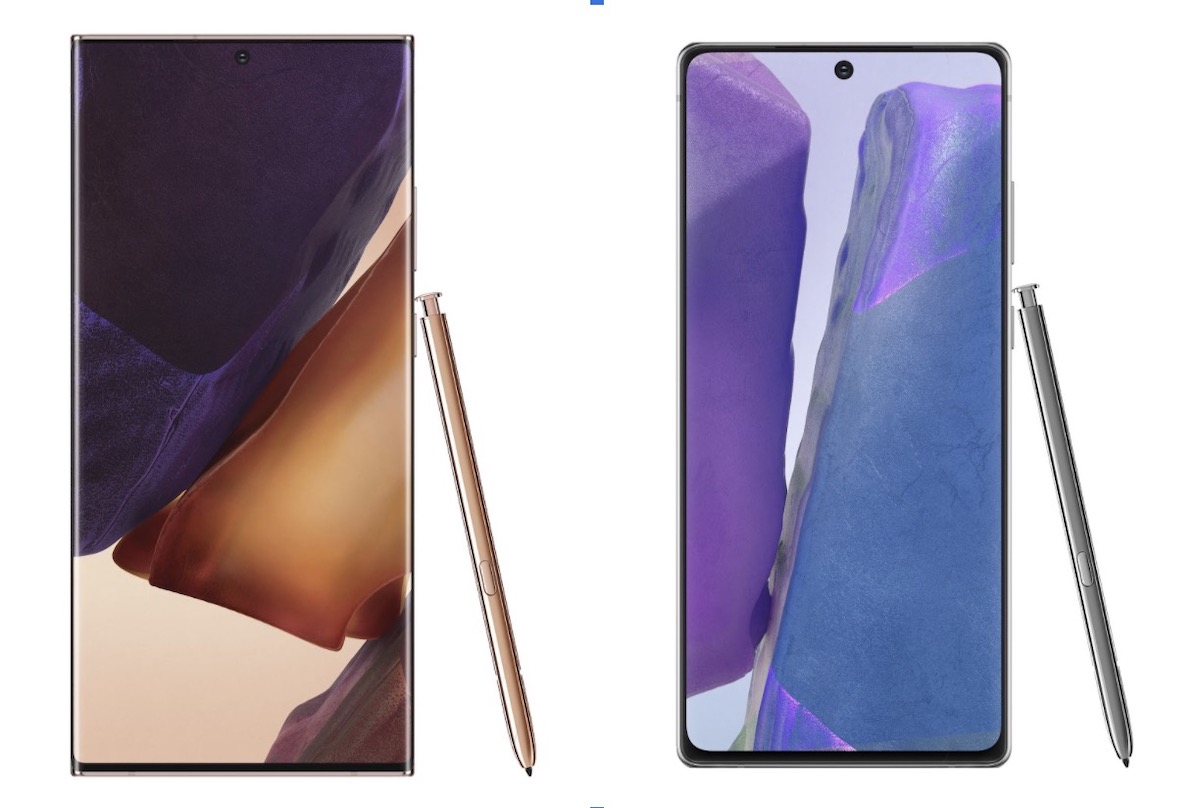 To accompany the large display, both smartphones are equipped with Samsung’s S Pen, a signature feature of the Note series. Compared to the last generation of Notes, the new S Pen has been improved in several aspects.

Besides the differences featured above, the S Pens in both phones share the same features, new and old. Samsung introduced new gestures that, with the Bluetooth connectivity in the S Pen, allowing you to control some aspects of the phone without touching the screen.

There is also a new Auto Straighten feature that will attempt to straighten crooked writing. On top of this, both Notes have the ability to transcribe your writing. With the Samsung Notes Sync, you can easily transfer your writing and drawings across devices, including to Microsoft OneNote and Outlook. In terms of battery life, Samsung states the battery can last about 24 hours. 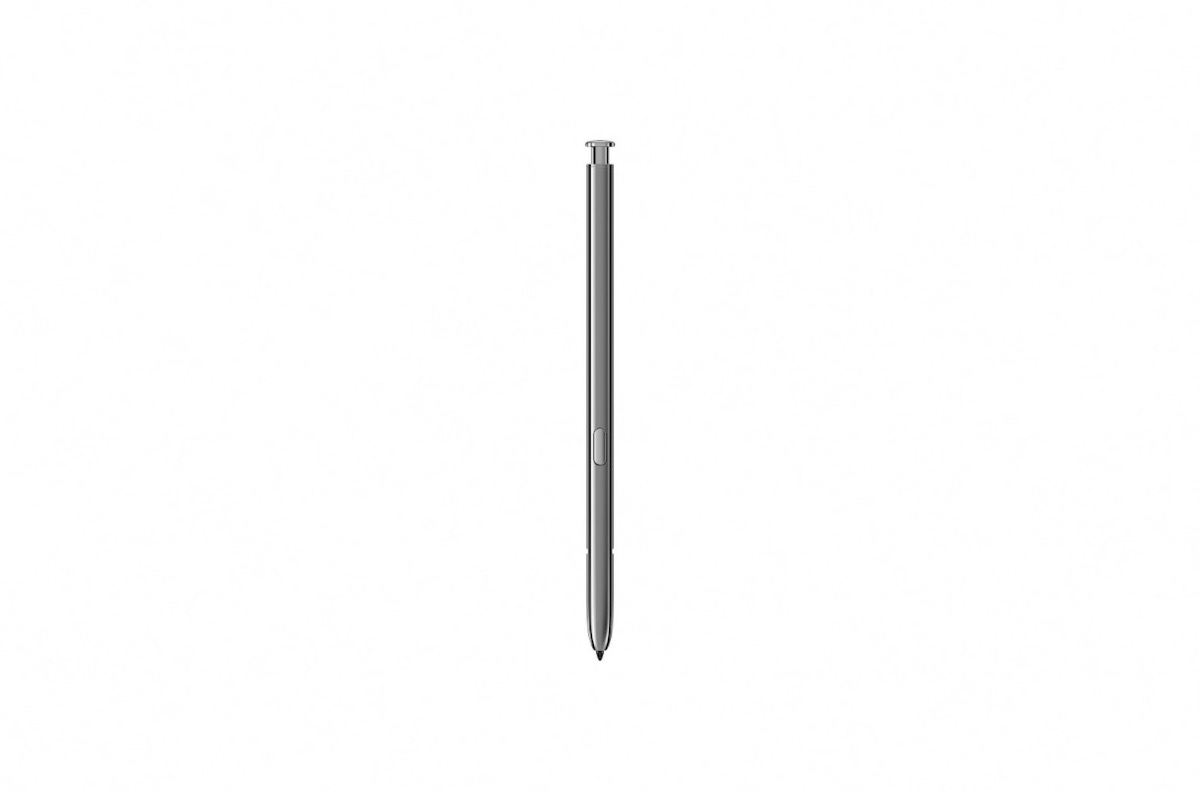 Both Note 20s feature ever-more impressive cameras, and this is especially true with the Note 20 Ultra. On the rear, both phones possess 3 cameras. The 12-megapixel sensor for the ultra-wide-angle camera, with its 120° FOV, is shared by the two phones.

Another 12-megapixel sensor accompanies the Note 20’s wide-angle camera — which is sufficient for digital displaying and for the most common print sizes — doesn’t begin to compare to the sensor on the Note 20 Ultra.

At 108 megapixels, the Note 20 Ultra’s ultra-wide sensor seems ludicrous. You likely won’t find much of a difference when displaying these pictures digitally or in print unless you are displaying them at extremely large sizes. Where this amount of megapixels finds its advantage is in cropping. You can zoom into photos a great distance before beginning to notice any degradation in image quality. The wide-angle cameras on either phone possess a FOV of 79°.

The telephoto cameras also differ with the phones. The Note 20 features a 64MP sensor and a 76° FOV with its camera. While this gives greater flexibility in cropping, it comes at the expense of less zoom.

There are no differences in the front camera. Both are 10MP and give an 80° FOV. 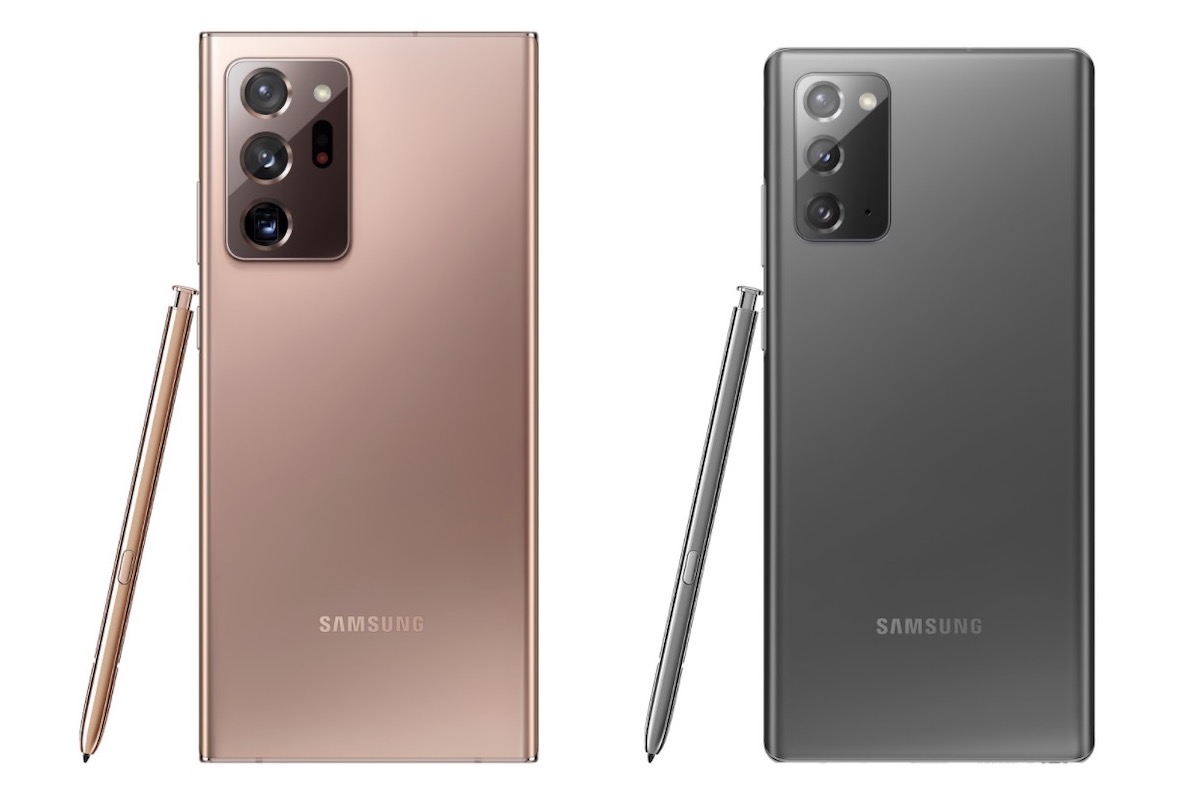 Either phone is capable of identical, and impressive, video performance. In terms of resolution, the Note 20s’ rear cameras are on par with some video-focused DSLRs at a maximum of 8K, 24fps video. This high of a resolution gives the ability to take 33MP snapshots from videos. Other resolutions and their respective frame rates include 4K UHD at 60fps, 1080p FHD at 120fps and 60fps, and 720p HD at 30fps. The front camera can also record at 4K UHD.

Along with the settings above, the phones also have hyperlapse and slow-motion modes. The hyperlapse mode records at 1080p. There are 2 slow-motion modes, a standard one that shoots 1080p at 240fps, and a Super Slow-mo which shoots 720p at an impressive 960fps. On top of this, there is the Super Steady option, which goes beyond the Video Digital Image Stabilization already embedded, giving even smoother video than is possible by default.

Switching to Pro Video mode unlocks numerous highly-customizable settings for you to fine-tune your videos. The speed of the zoom can be changed and there are several live effects that can be enabled, such as selective blur and desaturated background. With audio, you can isolate specific sounds and switch between front and back microphones. 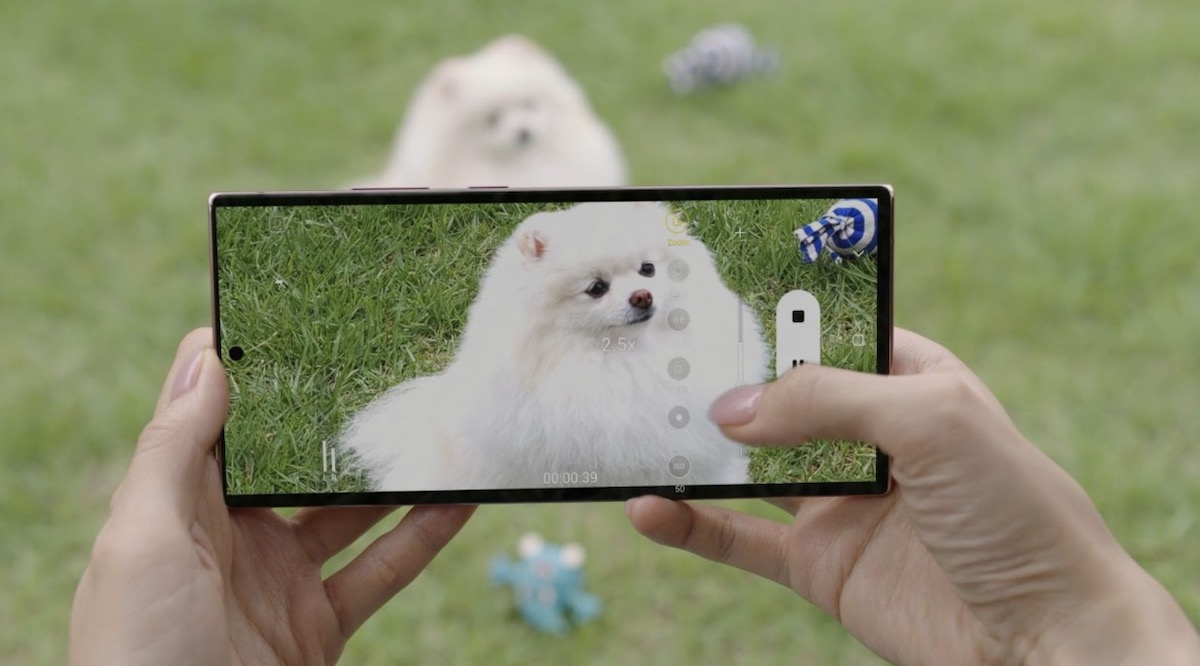 The Note 20 and Note 20 Ultra also find differences in the storage and ports that they offer. And the Note 20 comes in just one model with 8GB of RAM and 128GB of storage. It has room for just one nano-SIM card.

Oddly, Samsung has decided to ditch any expandable storage options for the Note 20. The Note 20 Ultra gives 2 options. Both have 12GB of RAM, but while one has 128GB of storage, the other has 512GB. Contrary to the base model Note 20, the Ultra model has a MicroSD slot along with a nano-SIM. Both phones have eSIM capabilities, though availability depends on your provider and country.

Aside from a USB-C charging port, the phones feature no other outlets. There is no headphone jack on either model.

The two models usually share the same impressive, all-day battery life when, but they can differ. Both have Li-Ion batteries, though the Note 20’s has a capacity of 4300mAh, while the Note 20 Ultra’s capacity is 4500mAh.

When the refresh rate is set on auto (120Hz and 60Hz used), the Note 20 Ultra drops down to 9 hours and 33 minutes. Though the Note 20 Ultra’s screen is larger and performs much smoother, its ability comes at the cost of battery life.

Samsung claims both of these phones can charge from empty to 100% in just an hour using their 25W Super Fast Charger, which is included with the phone.

Both models of the Note 20 feature an IP rating of 68, meaning it has total protection from dust and can survive being underwater in up to 5 feet for 30 minutes. The S Pen also has an IP 68 rating.

The two smartphones possess a similar plethora of sensors. Though it is unlikely you will directly use the majority of these sensors, to see just how many there are truly reinforces the idea of how advanced these phones are. The devices possess an ultrasonic fingerprint sensor, accelerometer, gyro sensor, proximity sensor, hall sensor, ambient light sensor, geomagnetic sensor, and a barometer.

To handle this large amount of data and tasks, the phones must have highly capable processors. Samsung has given both phones the new Snapdragon 865+, a 64-bit, octa-core processor that is well-capable of handling the complex tasks enabled on the new Note 20s.

Arguably the most relevant difference, the price gap between the two models is $300, with the Note 20 at $999.99 and the Note 20 Ultra at $1,299.99. For the traditional purpose of a smartphone, the base model Note 20 will more than fulfill its role, but if the larger screen, smoother performance, higher quality camera, 8K video resolution, and all the other improvements are too irresistible, the extra $300 should be well worth it.

Want To Buy The Galaxy Note 20 Or Note 20 Ultra? Here Are Some Options 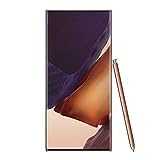 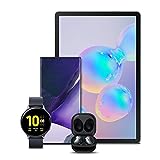