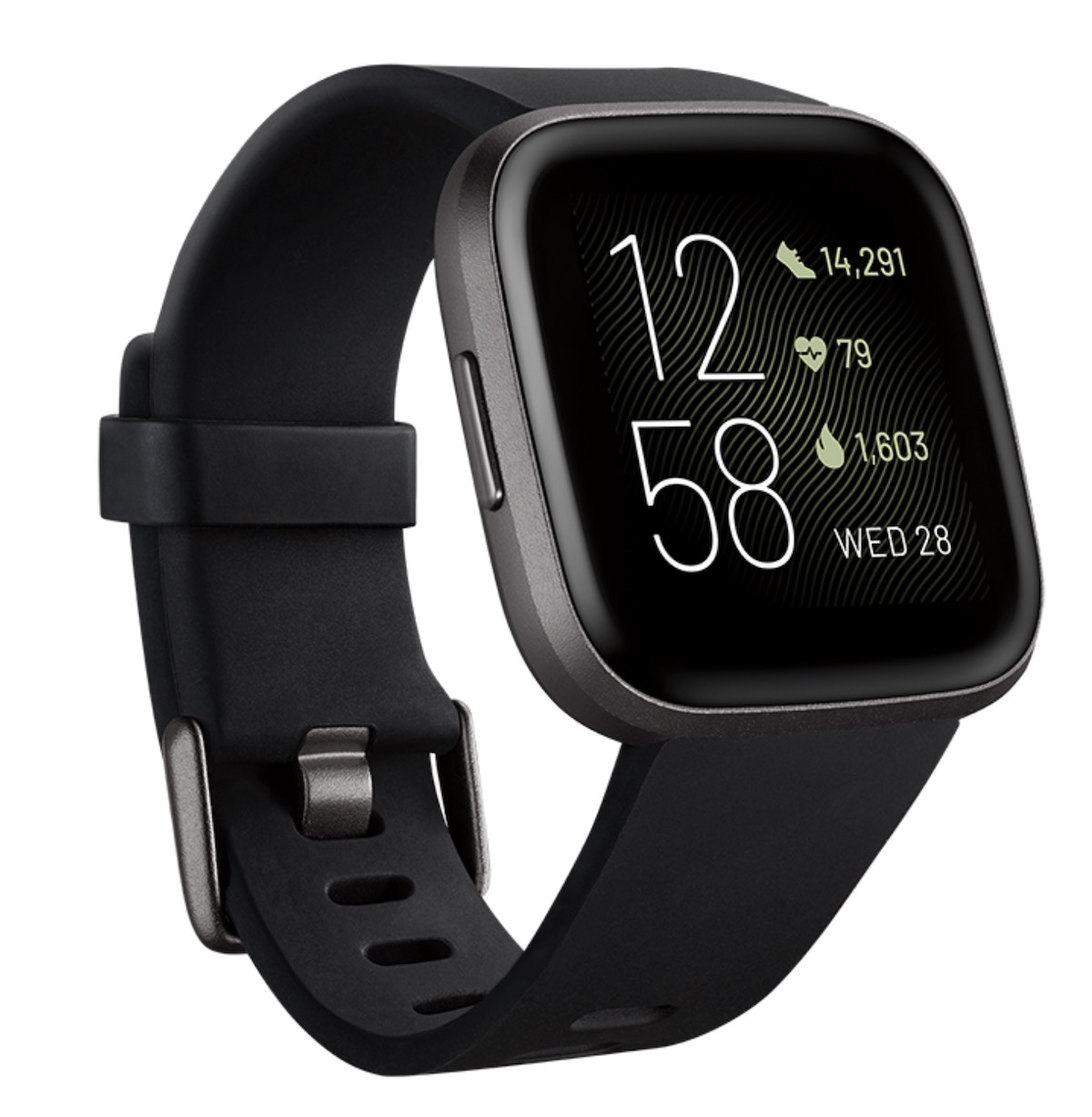 Looking for the Fitbit Versa 2 pros and cons? You have come to the right place.

The AMOLED is a nice step up from the LCD screens in the original Versa and Versa Lite. And the AMOLED screen in the Fitbit Versa 2 supports an always-on option.

Rather than having to turn off the screen when you are not looking at the display, the Versa 2 displays a monochrome watch face — which shows basic information. And the full information appears with a tap or gesture.

The Fitbit Versa 2 has rounder curves compared to the original Versa. And the AMOLED face curves nicely around the aluminum case.

The right edge of the Versa 2 features a pinhole microphone instead of two command buttons (original Versa). There is a single menu button on the left edge of the Fitbit Versa 2. And the touchscreen makes it easier to control the device.

The Fitbit Versa 2 has Amazon Alexa built-in, which can be controlled with the microphone. After you link the Versa 2 to your Amazon Alexa account, you can access Alexa by pressing and holding down the button on the watch. Then the Alexa logo will appear to indicate that it is ready for a command. And it will work as long as the Fitbit is connected to your phone via Bluetooth or it is on the same Wi-Fi network as the Versa 2.

So essentially, you can ask your Fitbit Versa 2 about the weather, traffic information, reminders, timers, smart home devices, etc. The responses will be displayed in a text and graphics format on the screen

Built into the Fitbit Versa 2 is an optical heart rate sensor.

The Versa 2 is waterproof and sweatproof. And the Versa 2 can be submerged in up to 50 meters of water.

Fitbit Pay is standard with the Versa 2. The original Versa requires the Special Edition version for Fitbit Pay to work.

The Versa 2 supports a number of health features such as step counts, heart rate monitoring, and various exercise types. Plus it monitors your sleep and assigns you a Sleep Score. And it can also track menstruation cycles via the Fitbit app.

The Versa 2 is able to last 5 days on a single charge. This is a big deal since you have to charge Apple’s smartwatch usually every day.

The Fitbit Versa 2 has a much lower price than the Apple Watch line of devices. Even though the Fitbit Versa 2 was originally priced at $199.95, it is now marked down to a price of about $149.

Unfortunately, Fitbit Versa 2 does not have a built-in GPS.

Due to the low price, durability, and battery life. Pulse 2.0 gives the Fitbit Versa 2 a score of 4.5 out of 5 stars. The score would have been higher if the device had a built-in GPS and the always-on screen would have more customization options.

Want to buy the Fitbit Versa 2? You can get it from here: 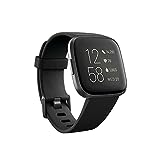