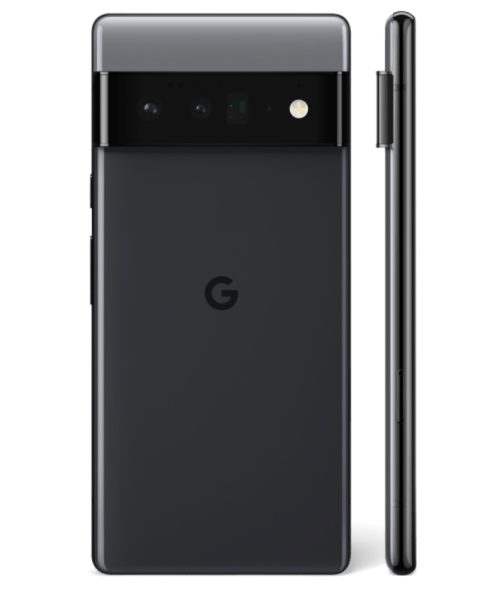 The Google Pixel 6 Pro arrived alongside the Pixel 6 on October 18th, 2021. And it took the place of the Pixel 5 as the company’s flagship smartphone. Among the many upgraded features, Google included a top-tier camera system, an improved processor, and an updated QHD+ screen. With a retail price of $899, is the Pixel 6 Pro worth the price? Below is a deep dive to help you decide.

The most prominent aspect of the phone’s design is the way in which Google has deployed the camera bump. Instead of being the usual square bump contained in the top corner, the camera bump on the Pixel 6 (and 6 Pro) is a band that stretches across the back of the phone. It’s certainly a unique design choice that makes this phone visibly stand apart from others.

The color options one has for the Pixel 6 Pro include Cloudy White, a grey color; Sorta Sunny, a peach-like dual-color; and Stormy Black, a mix of dark grey and black. These colors differ from the base model Pixel 6, offering a sense of “premiumness” through the exclusive color options.

It also features a curved display that can be gripped easily. Compared to a hard-edged form like that of the iPhone 13, the Pixel 6 Pro’s curvature makes holding the phone much more comfortable. In terms of the phone’s size, it sits at 6.24 in x 2.94 in.

The Pixel 6 Pro’s display measures 6.7 inches and has a high resolution of 1440p. Additionally, the OLED screen is HDR10+ compatible and holds a refresh rate of 120 Hz, which can also be changed with a wide range of freedom. This helps with conserving the battery since 120 Hz is not always necessary. In terms of the screen’s brightness, it’s not quite to the level of the iPhone 13 Pro Max, but it’s on par with the Galaxy S21 Ultra and is plenty sufficient for viewing the screen on a sunny day. 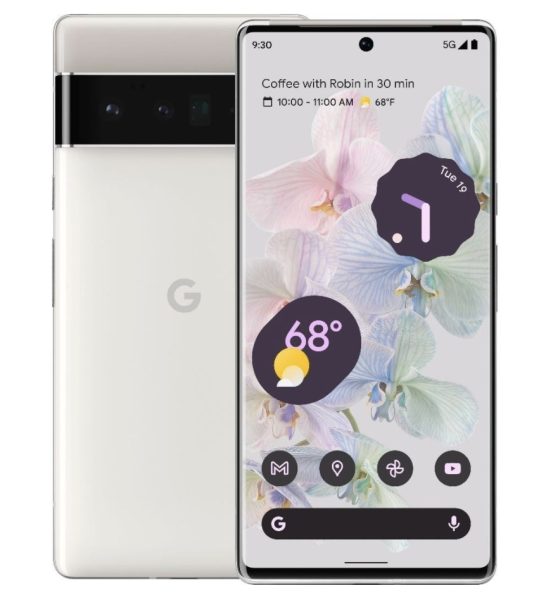 The focus of this phone is definitely the cameras. The main wide-angle camera features a 50-megapixel sensor that is much larger than that of the Pixel 5, making it capable of capturing more light. And the main camera also has Optical Image Stabilization, as does the 48-megapixel telephoto camera.

The telephoto is capable of 4x optical zoom and 20x digital zoom using Google’s Super Res Zoom feature. And the ultrawide angle camera adjacent to the telephoto is 12-megapixel but does not have Optical Image Stabilization.

On the front is a pinhole selfie camera with an 11-megapixel sensor that has the ability to take ultrawide selfies. And additional camera-related features Google has included Night Sight, which works quite well for recovering detail that would otherwise be lost in the dark.

There’s also a Magic Eraser tool that allows you to circle objects in a scene you wish to remove. And the phone will do its best to select the right texture from the image to replace the unwanted part. There is also a Face Unblur feature that removes motion blur from the faces of people in your images.

Plus there is a Motion Mode that utilizes a longer shutter speed to blur the motion of moving objects in your scene, which can have an especially interesting effect on portraiture.

The Pixel 6 Pro’s video capabilities fit the standard of what you would expect from a flagship smartphone. With the rear camera, it can record 4K at up to 60fps and 1080p at up to 60fps.

And using the front-facing camera, you can record 4K up to 30fps and 1080p up to 60 fps. While the Pixel 6 Pro is not particularly special when it comes to its video, but it functions well and usually looks great. And low light conditions can introduce a bit of graininess.

The phone’s stereo speakers also sound great. It’s worth mentioning that there is no headphone jack, which is unsurprising.

To handle all of the functions, Google has put its new Tensor processor into the phone. Along with the numerous processor-heavy computational photography features, this processor also enables tools like live translate, which can translate speech live.

The phone has a 5,003 mAh battery, which is large enough to power it through the day with usual use. But it is worth noting that it is not quite as long-lasting as rivals like the Galaxy S21 Ultra.

The battery also charges a bit slow and can take nearly two hours to charge from empty to full. Nevertheless, so long as you charge the phone periodically throughout the day and use it a reasonable amount, no issues should arise from the slightly inferior battery.

In terms of connectivity, the Pixel 6 Pro features 5G capabilities. It will switch between 4G and 5G automatically depending on what is strongest.

The top-of-the-line camera works well and almost any circumstance while offering many creative tools one can use to give more uniqueness to their smartphone photography. In the end, the Pixel 6 Pro is a well-rounded flagship that definitely shows the advances Google has been aiming to make since the Pixel 5.

Based on the aforementioned features and the price, the Google Pixel 6 Pro has received a Pulse 2.0 score of 4.5 out of 5.

Want To Buy The Google Pixel 6 Pro? You Can Find It Here: 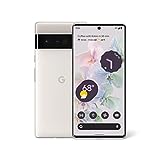