The Huawei Nova 4 is a mid-range smartphone that became available in China this week. What makes the Huawei Nova 4 unique is that it has a camera drilled into the front of the device rather than using the ubiquitous notch design in many other modern smartphones. 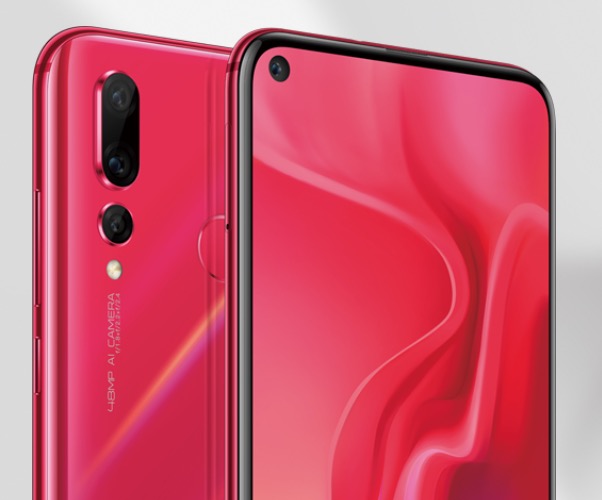 Here is an overview of the Huawei Nova 4 features and the pros and cons associated with the device:

Inside of the Huawei Nova 4 boasts a combination of 8GB of RAM combined with the Kirin 970 processor. And the device comes with 128GB of non-expandable storage. And it uses a USB-C port for charging and a fingerprint sensor for security.

The octa-core HiSilicon Kirin 970 has four Cortex-A73 cores that clock at 2.36GHz and four Cortex-A53 cores clocked at 1.8GHz.

The battery power of the Huawei Nova 4 is a 3,750 mAh battery. This article will be updated once the battery life based on this size is determined.

There is a tiny hole drilled into the screen of the Nova 4, which is similar to the way that Samsung set up its Galaxy A8s device that contains a 25-megapixel selfie camera with a f/2.0 aperture and a number of artificial intelligence enhancements.

And Huawei is also selling a lower-cost variation of the Nova 4 featuring a triple lens with at 20-, 16-, and 2-megapixels. These cameras have a single LED flash.

One of the biggest problems with Huawei devices is the limited availability. The Huawei Nova 4 is currently only available in China. It is unknown whether Nova 4 will make it over to Europe. Given the relationship that Huawei has with the U.S., I would not count on this device entering this market.

The Huawei Nova 4 ships with Android 9.0 Pie. And it is available in several color options including red, blue, white, and black. Interestingly, the 3D glass body on the device reflects light in a way that makes the color of the device change based on the angle.