At the 2019 Worldwide Developers Conference (WWDC), Apple announced iOS 13. iOS 13 will be available for download later this fall, which will be around the same time that the new 2019 flagship iPhones will be released.

What are the new iOS 13 features? Here is an overview: 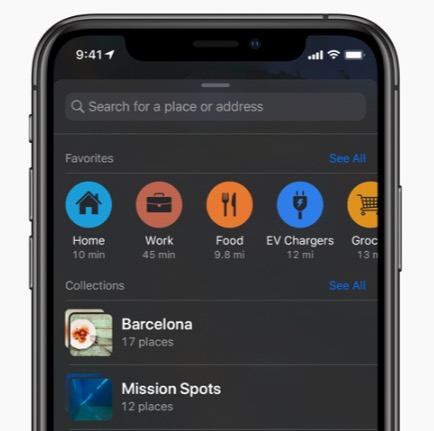 The new dark color scheme works system-wide and across all of Apple’s native apps for delivering a solid viewing experience especially in low-light environments. And Dark Mode is available for third-party app developers for integration into their own apps and it can be scheduled for automatically turning on at sunset or a certain time. 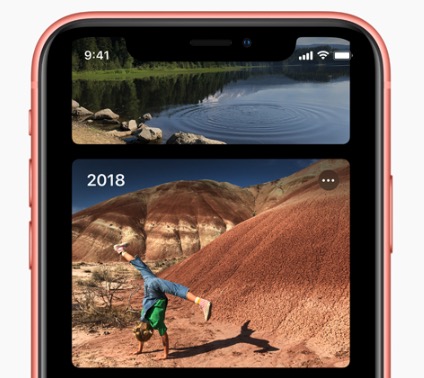 Apple taps into on-device machine learning to make browsing and editing Photos much easier in iOS 13. Photos can curate the photo library to highlight the best images and automatically hide clutter and similar photos in order to showcase significant events from the past day, month, and year. And photos and videos are intelligently organized — which makes it easier to browse, discover, and relive favorite memories with autoplay videos.

Plus photo editing is more comprehensive with new tools to apply, adjust, and review at a glance. Using a swipe, effects can be increased or decreased to create the perfect look so photographers can have more control over their images. Plus more photo editing tools are available for video editing in iOS 13 so you can rotate, crop, and apply filters within the Photos app.

Portrait Lighting adjustments can be made in the Camera app in iOS 13 to virtually move the light closer for sharpening eyes and brighting the smooth facial features or push light farther away to create more refined appearances. Apple also added a new High-Key Mono effect for creating a monochromatic look for Portrait mode photos. 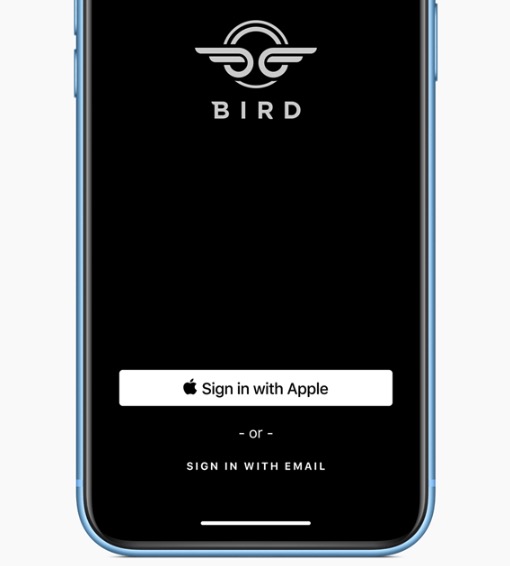 Apple has launched a new and private way to quickly sign into apps and websites. Rather than using social accounts like Facebook to fill out forms and verify email addresses and passwords, an Apple ID can be used for authentication. And Apple will protect users’ privacy by providing developers with unique random IDs.

Apple Maps will have broader road coverage, better pedestrian data, and more precise addresses and landcover. The new map is available in select cities and states. Plus it will roll out across the US by the end of 2019 and more countries next year.

Apple Maps is also going to have high-resolution 3D photography and a new Look Around feature with street-level imagery of a city.

Plus iOS 13 will have additional new features including Collections to easily share favorite restaurants and travel destinations or places to shop with friends. Plus there are Favorites for navigating to frequent destinations like home, work, the gym, or school with the simple tap from the launch screen.

The Reminders app in iOS will have a new look and it offers intelligent ways to create/edit reminders. And there are more ways to organize and keep track of the reminders. For example, the quick toolbar makes it easier to add times, dates, locations, and flags, or add attachments. Plus with deeper integration with Messages, you can easily tag someone in a reminder so that it surfaces when the user messages that person.

The Messages app in iOS 13 can automatically share a user’s name and photo or customized Memoji or Animoji to easily identify who is in the Messages thread. Plus Memoji are automatically made into sticker packs built into the iOS keyboard so that it can be used in Messages, Mail and other apps. And Memoji now features new hairstyles, headwear, makeup, piercings, and accessories.

Siri has been updated with a more natural voice. And Siri Shortcuts now supports Suggested Automations that provides personalized routines for things like going to work or the gym.

CarPlay has been updated in iOS 13 with a new Dashboard to view music and maps in a single view. Plus there is a new Calendar app and Siri support for third-party navigation and audio apps.

With iOS 13, the HomePod speaker can distinguish voices from anyone in the home to deliver personal requests like messages and music. And Live radio gives Siri access to more than 100,000 radio stations from iHeartRadio, radio.com, and TuneIn. Plus there is a new sleep timer that can turn off music after a certain amount of time. And Handoff enables users to easily move music, podcasts or, a phone call to HomePod when they reach home.

AirPods will have the ability to have Siri read incoming messages as soon as they arrive from Messages or SiriKit-enabled messaging apps. And there is a new audio sharing feature that makes it easy to watch a movie or share a song with a friend by bringing a second pair close to iPhone or iPad.

There are new voice control features in iOS 13. Users can operate their iPhone, iPad, or Mac entirely by their voice. And with the latest Siri Speech recognition technology, Voice Control has more accurate text transcription and editing.

The Notes app also has a new Gallery View and shared folders. Plus there are new search tools and checklist options.

Apple is finally adding a one-hand typing feature to the iOS keyboard so that you can continuously swipe through the letters of a word. I have been using this feature regularly on keyboard apps like Gboard and SwiftKey.

Apple has made some text editing enhancements in iOS 13. So scrolling documents, moving the cursor, and selecting text run much faster and accurately.

The Apple Files app has the ability to share folders with iCloud Drive and you can access files from external storage devices like SD cards and USB flash drives.

The Health app will offer more ways to monitor your health and there are new ways to track, visualize, and predict a woman’s menstrual cycle.

The Location Services feature now gives users more choices for how location data is shared with apps including a new one-time location. And more information is provided when apps are using location in the background.

Apple has added some performance improvements in iOS 13. Now it is more responsive with faster Face ID unlock and there is a new way to package iPhone apps on the App Store that reduces app download sizes by up to 50%. Plus it makes app updates more than 60% smaller and results in apps launching up to twice as fast.

“iOS 13 brings new capabilities to the apps you use every day, with rich updates to Photos and Maps, and privacy-protecting features like Sign In with Apple, all while delivering faster performance,” said Apple’s senior vice president of Software Engineering Craig Federighi. “We’re excited for customers to experience what’s coming to iPhone this fall and can’t wait for them to see how great everything looks in Dark Mode.”

Note: This article will be updated as more features are discovered