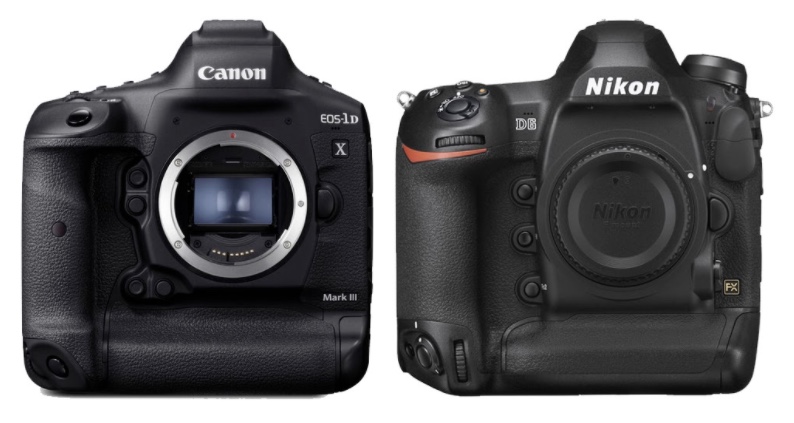 The Nikon D6 and Canon EOS-1D X Mark III are the respective camera manufacturers’ current flagship DSLR models. The 1D X Mark III was announced in January of 2021, while the D6 came out a month later in February.

The two high-end, professional-grade models are aimed especially at those who shoot sports and wildlife, though the 1D X Mark III gives benefits to videographers as well. With the D6 and 1D X Mark III representing two of the best DSLRs Canon and Nikon can produce, this is how they compare.

The Nikon D6 and Canon EOS-1D X Mark III both have the same megapixel count at 20 megapixels on their full-frame, CMOS sensors. This amount is especially advantageous for sports and wildlife photography as it maximizes speed and sensitivity.

There’s also a difference in shutter speed for long exposures. Both cameras can shoot at 1/8000 at their fastest, but the D6 can be set up to 900 seconds in manual mode, while the 1D X Mark III will require use of its built-in intervalometer for anything over 30 seconds.

In capturing stills, both cameras give the expected jpeg and RAW file formats, but the 1D X Mark III also grants the option of the HEIC format. This file format features superior image quality compared to jpegs while sticking to a smaller size.

The two cameras run on the companies’ latest processors, with the 1D X Mark III receiving Canon’s DIGIC X processor and the D6 using Nikon’s latest EXPEED 6 processor. These processors give both cameras great ability in continuous shooting, though the Canon does come out on top with 16fps using the viewfinder and 20fps with live view.

Nikon, on the other hand, can shoot 14fps using the viewfinder and 10.5fps with live view. If the user is willing to sacrifice resolution for higher continuous shooting speeds, the D6 can shoot 8MP images at 30fps and 2MP images at 60fps.

The 1D X Mark III also leads in its buffer size as it can shoot up to 1,000 images in continuous shooting. The Nikon is limited to 200, although this may be in place to prevent accidental firing in a bag or in some other position where the shutter could be pressed unintentionally.

The two cameras also excel in subject tracking, whether of faces or eyes. Canon puts emphasis on the 1D’s machine learning ability to better track subjects as it gains more information on the shapes of the subjects it tracks. Additionally, the 1D also has an advantage in using the viewfinder for autofocus as it utilizes Canon’s Dual Pixel CMOS AF. This is especially useful when shooting video with the 1D.

Another benefit unique to the 1D is its AF Smart Controller. This option is especially advantageous to those who use back button focus as it allows you to use the AF-ON button as a touchscreen. Slightly moving your finger around the button will move the selected AF point. Sensitivity can be adjusted in the settings to ensure the movement is neither too fast nor too slow.

Both the 1D and the D6 support dual CFexpress Type B cards. However, the D6 is also compatible with XQD memory cards, providing slightly more flexibility in storage management.

In terms of battery, the CIPA rating for the 1D’s LP-E19 battery is 2,850 shots, while the D6’s EN-EL18c is rated at a higher 3,380 shots. It should be noted that the amount of shots is simply a benchmark and will vary in actual use due to many factors. Nevertheless, the D6 will average longer battery life than its component. 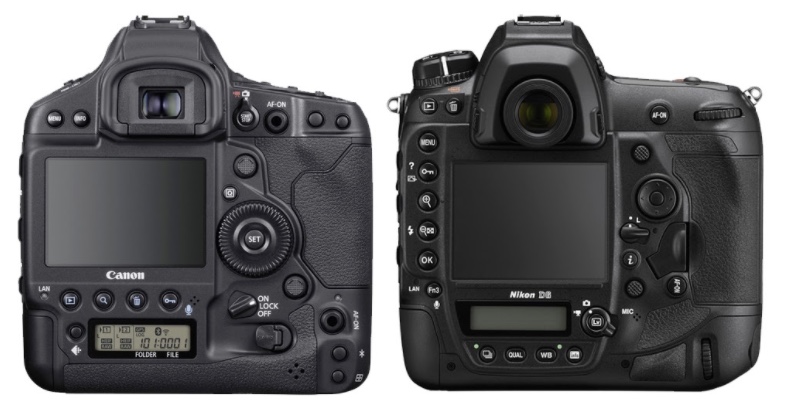 For the front display, the two cameras have the same sized screen at 3.2” and both are touchscreens. Although the Nikon has a slightly higher resolution of 2.4 million dots, the Canon’s screen is 2.1 million dots.

Both cameras are reflective of their brand’s preferred button layout. Among the bigger differences between the cameras’ button layouts is the method of switching modes. Nikon sticks to the traditional dial, while Canon opted for a mode button that one presses and then uses the main front dial to change. This is the pattern for most of the functions on the 1D; a button is depressed, and the main dial is used to change that setting. The D6, on the other hand, has a mix of dials and buttons to modify settings.

Another notable difference between the two cameras is where most of the buttons are positioned. On the D6, they are focused on the left, while the 1D’s buttons are mainly to the right. Though their ergonomics and button positioning vary greatly, both cameras present a user-friendly experience that should be familiar to those already acquainted with their preferred brand.

The 1D and D6 are equally well-rounded in terms of connectivity. They both feature Bluetooth and Wi-Fi for connecting to the camera wirelessly. This can be further improved by the two company’s wireless transmitters that can be connected to the cameras. On top of this, there are also built-in ethernet ports on both cameras. Other wired connections include USB Type-C and HDMI Type-C, which can be used to transfer data and display imagery respectively.

To help with geotagging images, the cameras have built-in GPS receivers as well.

The D6 and 1D are both priced similarly at the premium price of about $6,500. Each of them is a highly capable camera, especially for stills. But the Canon EOS-1D Mark III has an overall lead over the Nikon D6 thanks mainly to its superior autofocus and video abilities.

Want To Buy The Nikon D6 Or The Canon EOS-1D Mark III? Here Are Some Options: 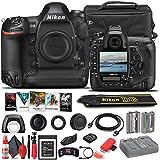 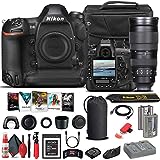 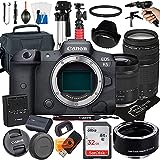 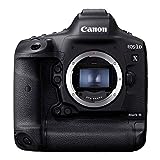 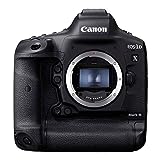