Announced by Samsung on January 14, 2021, as the successor to the Samsung Galaxy S20, the new Galaxy S21 brings many highly anticipated features. Among those new features includes 5G compatibility. And though the phone does lose a few specifics, it comes at a much-reduced price from the S20. These are the Samsung Galaxy S21 pros and cons you should know about.

For the processor, the phone uses the new octa-core Snapdragon 888 processor, an update from the chipset in the phone’s predecessor. In many areas outside of the U.S., the S21 will use Samsung’s Exynos 2100 processor, which offers practically equal performance.

Paired with the phone’s 8GB of RAM, either processor turns the device into one of Samsung’s most powerful phones yet. The performance is by far more than enough for casual usage and it runs smoothly with the most demanding games and detail-filled video and image functions. In addition to this, the new 5G speeds offer much faster download and upload speeds. While 5G coverage isn’t too extensive as of now, the coverage will become more ubiquitous in the near future, allowing you to take greater advantage of the quicker speeds. 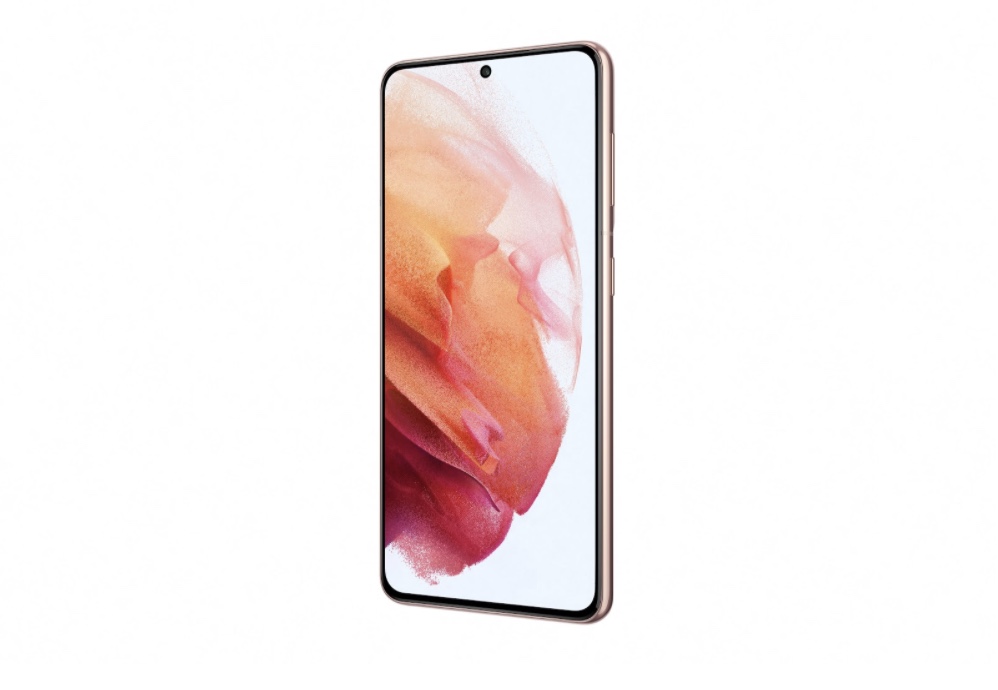 An ability now possible due to the more powerful processor is the 24fps 8K video option. And because of the extremely high-resolution video, one can pull 33-megapixel images – which are still very flexible for more cropping, out of any 8K clip.

Going one step below to UHD 4K allows smooth video of 60fps. Slow-motion can also be achieved with 240fps 1080p or a staggering 960fps 720p option. There is also an enhanced “Super Steady” feature, which records at 1080p at 60fps. The new Director’s View uses both the front and rear cameras to display a dual view of both sides. One can switch between the front or one of the rear cameras to ensure the best view is captured. Recording with the phone has a highly refined feel and the output never disappoints.

For stills, the S21 features a 10MP front camera and three rear cameras. On the back are the 12MP ultra-wide-angle, 12MP wide-angle, and 64MP telephoto cameras. All of these cameras have apertures of f/2.2 or lower. Combined with the optical image stabilization, tracking AF, Space Zoom of up to 30x, and greatly-upgraded low-light performance, the cameras are exceptionally capable. 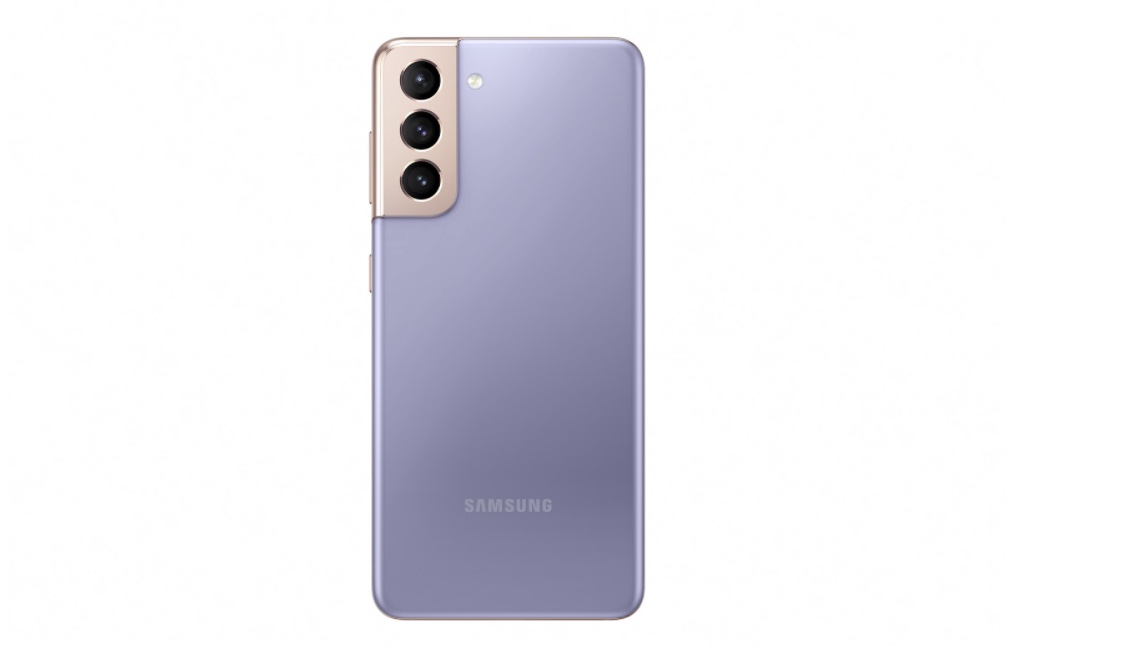 When it comes to appearance, the S21 certainly does fit the top-tier look. One of the most immediately noticeable changes is on the back of the phone. The camera bump has been pushed to the far top left of the device and now connects smoothly with the metal siding. The bump looks especially premium with the new two-tone designs, such as “Phantom Violet,” which has a purple back and a pink and gold-ish camera bump. And though much of the back is plastic, it is solid and holds up to abuse well. 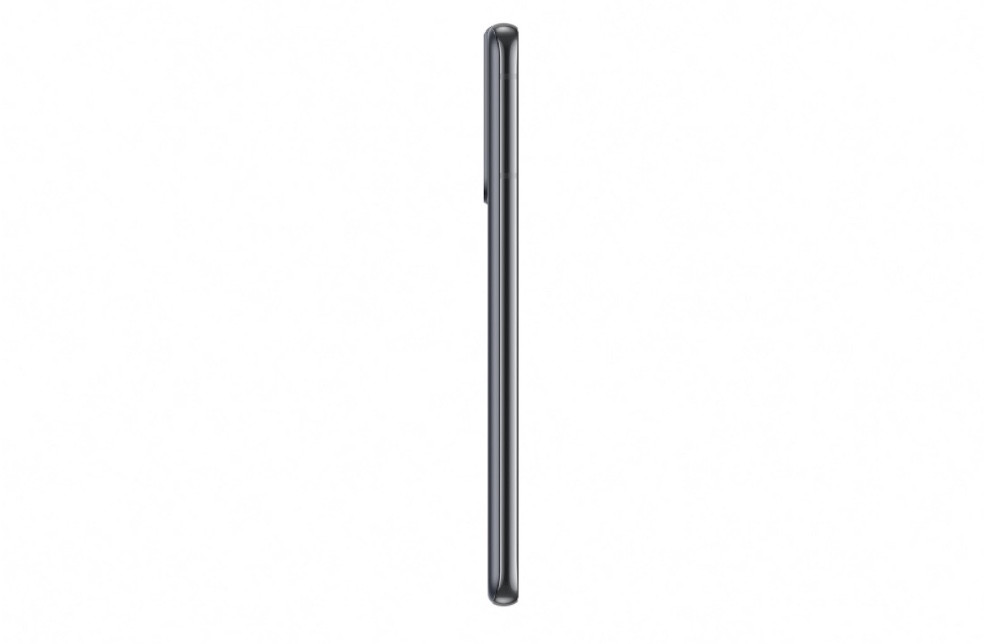 On the front of the device, Samsung has opted for a more flush design with this model, removing the curve in previous Infinity-O displays. The pinhole front camera has also been moved to the top center of the screen, where it was once in the top right corner. The display is made from Gorilla Glass Victus, giving similar, if not slightly better, damage resistance compared to the S20. The phone has an IP68 rating, meaning it is dust-tight and water-resistant.

Another move made to cut the price of the phone was the reduction of the screen’s resolution to FHD+ 1080p. Though this may be a disappointment to some, the difference is minimal. Given the size of a smartphone’s screen, the reduction in resolution makes little change because the pixels per inch of the display are already high. The refresh rate is still a smooth 120Hz, which is particularly enjoyable with games.

To store all of the high-resolution photos and video, the phone comes with 128GB or 256GB of internal storage. Unfortunately, the MicroSD card slot has been removed – which may feel limiting for those who take large amounts of pictures and video, especially if you’ll prefer taking advantage of the 8K resolution.

The Galaxy S21 charger was removed from the package. Inside of the box is a USB-C to USC-C cable.

Plus the phone does not have a 3.5mm headphone jack is still missing. This might be a nuisance for those of you who have 3.5mm-based headphones that you would prefer to use.

At a factory price of $800, is it worth upgrading? If you’re already using the S20, then definitely not. There has not been enough significant change yet to warrant an upgrade from the previous model. If you’re using a model before the S20, you may be wondering if you should go with the S21 or take its predecessor.

Eventually, the price of the S20 will drop, but given the factory price difference of $200 between the two models, it’s likely worth it to jump to the S21. If you’re not ready to give up some of the features removed in the S21, such as the 1440p resolution and expandable storage, you may want to go with the S20 or the ultra version of the S21. Either way, you will be receiving a highly capable phone. And though the S21 does lose a few features, the upgrades are nevertheless noticeable.

Based on the specifications and the features, the Galaxy S21 has received a Pulse 2.0 score of 4.5 out of 5.

Want To Buy The Galaxy S21? You Can Find It Here: