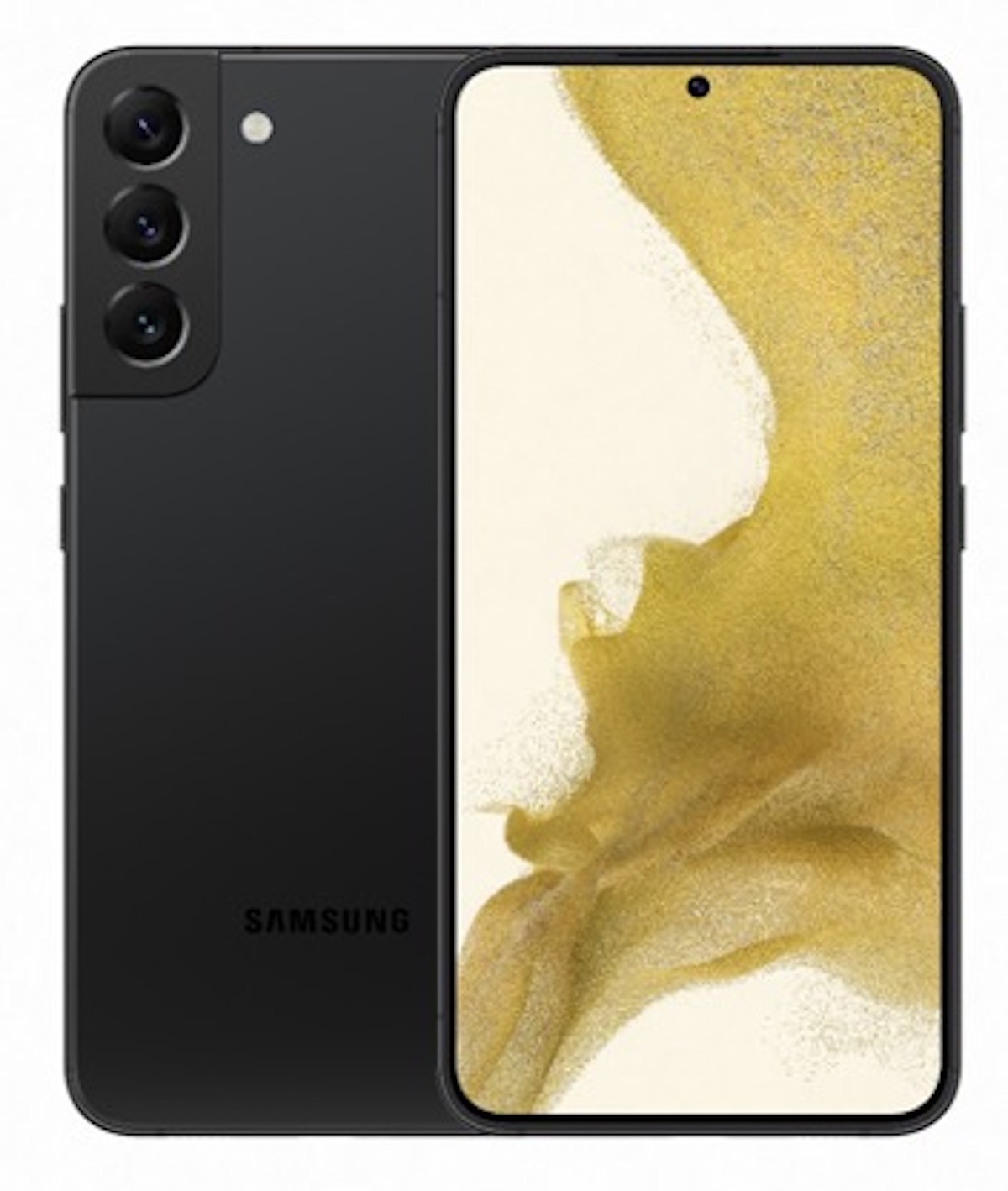 As the successor to the already well-rounded Samsung Galaxy S21+, the S22+ seems certain to please. The phone was announced in in February alongside the S22 and the S22 Ultra. Starting at $999.99, the S22+ promises improved performance, a brighter display, and better video, among countless other features. With all of the options available outside of this phone, is the S22+ right for you?

These are the Samsung Galaxy S22+ pros and cons:

The S22+ doesn’t look much different from the S21+. In fact, it’s not significantly different in general, but that’s OK. The phone continues to have a premium feel with its glass back and flat aluminum frame. The camera bump is still colored slightly off from the body of the phone, giving it a sleek, unique appearance.

Four color options are available with the S22+, which are: black, white, pink-gold, and green. The pink-gold and green are great for those who want something other than the usual black or white, though the black, which my S22+ is, certainly looks good, especially with the matte finish.

In the hand, the buttons are now noticeably all on the right side of the phone (if the screen is facing the user). While some may find this inconvenient, I have had no issue reaching any button with my thumb. The flat sides help retain grip compared to the curved displays of years past. 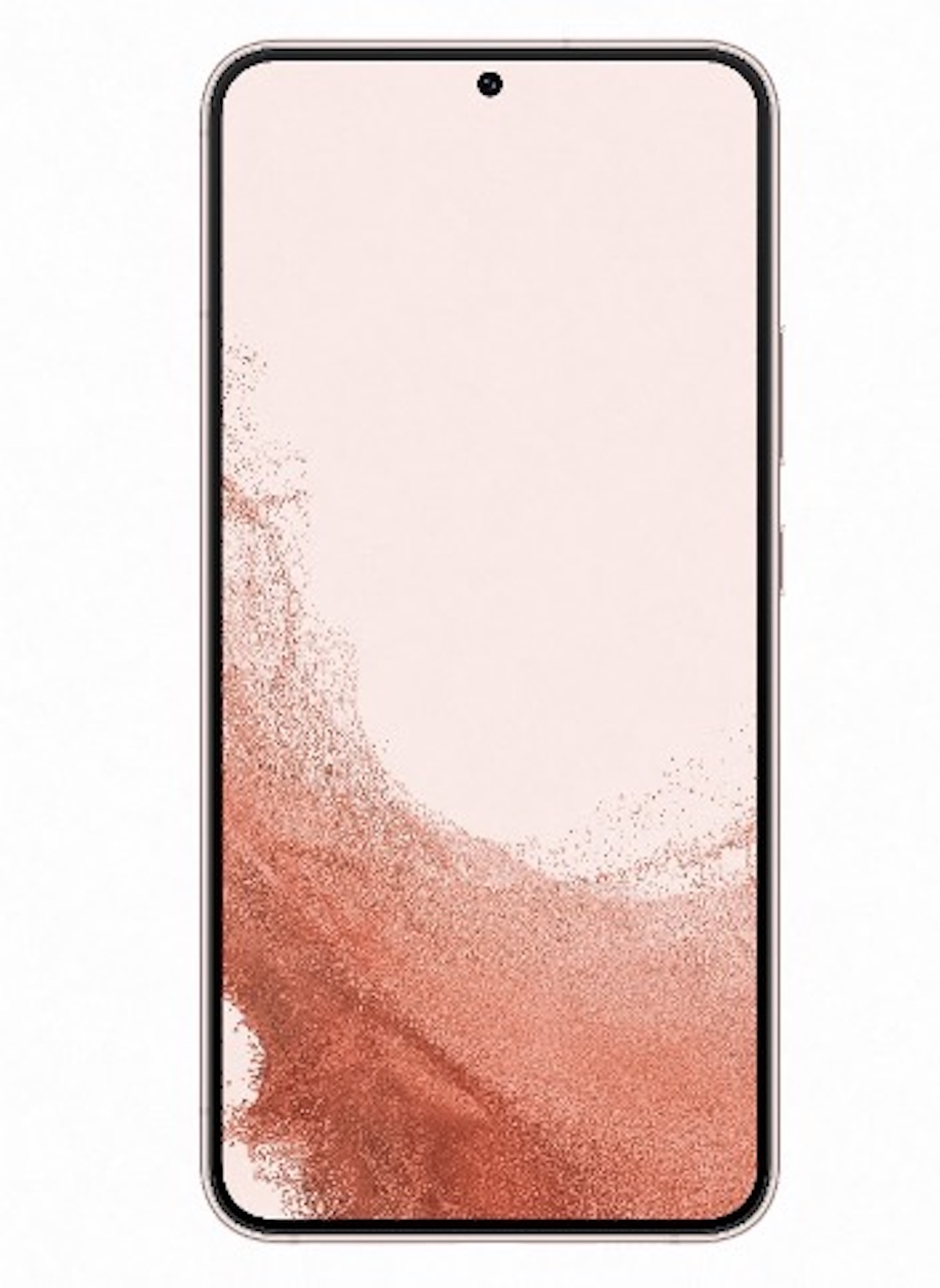 A 6.6” Dynamic AMOLED display is within the S22+. It has a 1080p resolution, a 120Hz refresh rate, and 1,750 nits of brightness, perfect for viewing the phone is daylight. All of this results in a smooth display with good color representation and detail. The display is 0.1” smaller than that on the S21+, but I see no issue with this change. The difference is hardly discernible and a more compact device with the same features is always welcome.

Gorilla Glass Victus+ is the glass that makes up both the front display and the back glass. It’s proven to be reasonably durable, though a screen protector, at the least, would still be a good choice. As for the IP rating of the phone, it receives an IP68, meaning it is water resistant in up to about 5 feet of water for 30 minutes and is dust-sealed.

As with any phone nowadays, the camera system is of the most important features, and the S22+ delivers. Departing from the setup seen on the S21+, the S22+ now has a 50-megapixel main wide camera (previously 12-megapixel), 10-megapixel 3x telephoto (previously 64-megapixel), and 12-megapixel ultra-wide camera. The trio works great and a lack of detail is never an issue with the phone.

Sometimes the computer can go overboard with the sharpening, which is one major fault of the system. But in general, photographs turn out great with vibrant colors. I’m also quite satisfied with the HDR performance of the phone. Sunrises and sunsets especially benefit with dark foregrounds being rendered realistically lighter alongside the bright, colorful sky. At times, photos suffer from Samsung’s trademark oversaturation, but this can be quickly adjusted by editing photos you plan on sharing if it is bothersome.

As for video capabilities, the S22+ can record 8K at 24fps at its highest setting. This isn’t particularly beneficial given the 1080p display, but for those planning to export the video for editing on a computer, it is a positive ability to have. Additionally, though the display can’t show 8K, users can crop the video substantially without losing detail and extract high-resolution stills. Besides this, 4K and 1080p at 60fps can be recorded. And if using slow-motion mode, 1080p can be recorded at 240fps and 720p at 960fps. As with photos, the HDR rendering on the video looks amazing. 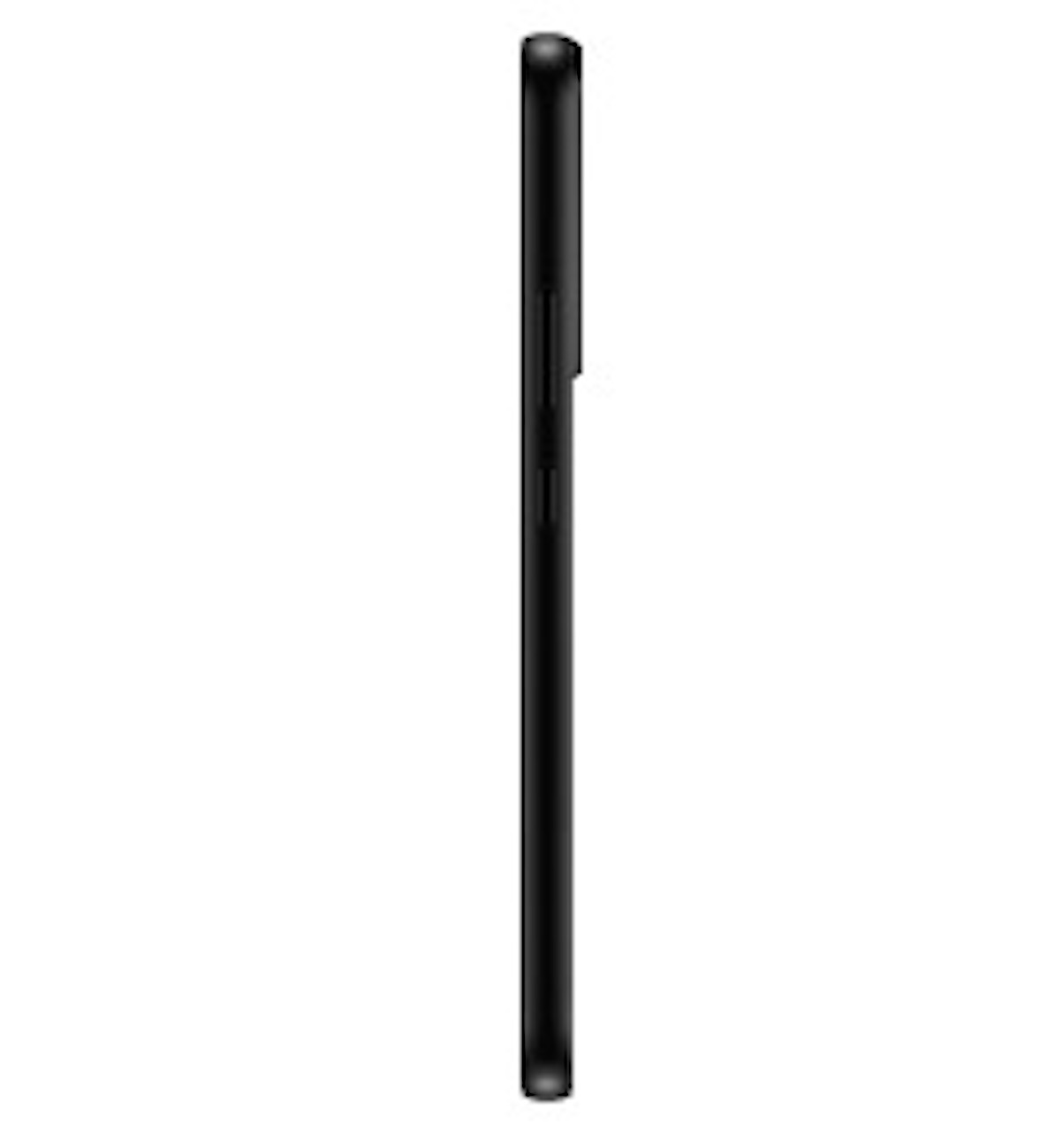 To restate what’s been said before, the S22+ doesn’t differ a whole bunch from the S22+. Though not by much, performance has improved. The new device runs with a Qualcomm Snapdragon 8 Gen 1 chipset with an octa-core CPU and Adreno 730 GPU. Internationally, the Snapdragon chipset is substituted for a Exynos 2200 chipset with an octa-core CPU and a Xclipse 920 GPU. With the addition of 8GB of RAM backing the phone, the S22+ receives a Geekbench 5 multi-core score of 3292, slightly above the 3171 of the S21+. For comparison, the Google Pixel 6 has a 2832, whereas the iPhone 14 Pro has a 5386 with its powerful A16 processor.

Despite the smaller battery size (4,500 mAh instead of 4,800 mAh), the S22+ has slightly better battery life compared to its predecessor. Under moderate use, the phone will have no issue surviving the day, and even with heavy usage it will make it. In my half a year of using the phone, I’ve had no issue with the battery. On days of heavier usage, I’m sure to keep a power bank handy to help the phone get through.

Not all too different from the predecessor

As said before, the S22+ doesn’t differ substantially from the S21+, and while this isn’t necessarily a negative, it would certainly have been nice to see more changes. Both phones are solid builds and neither should disappoint the buyer. 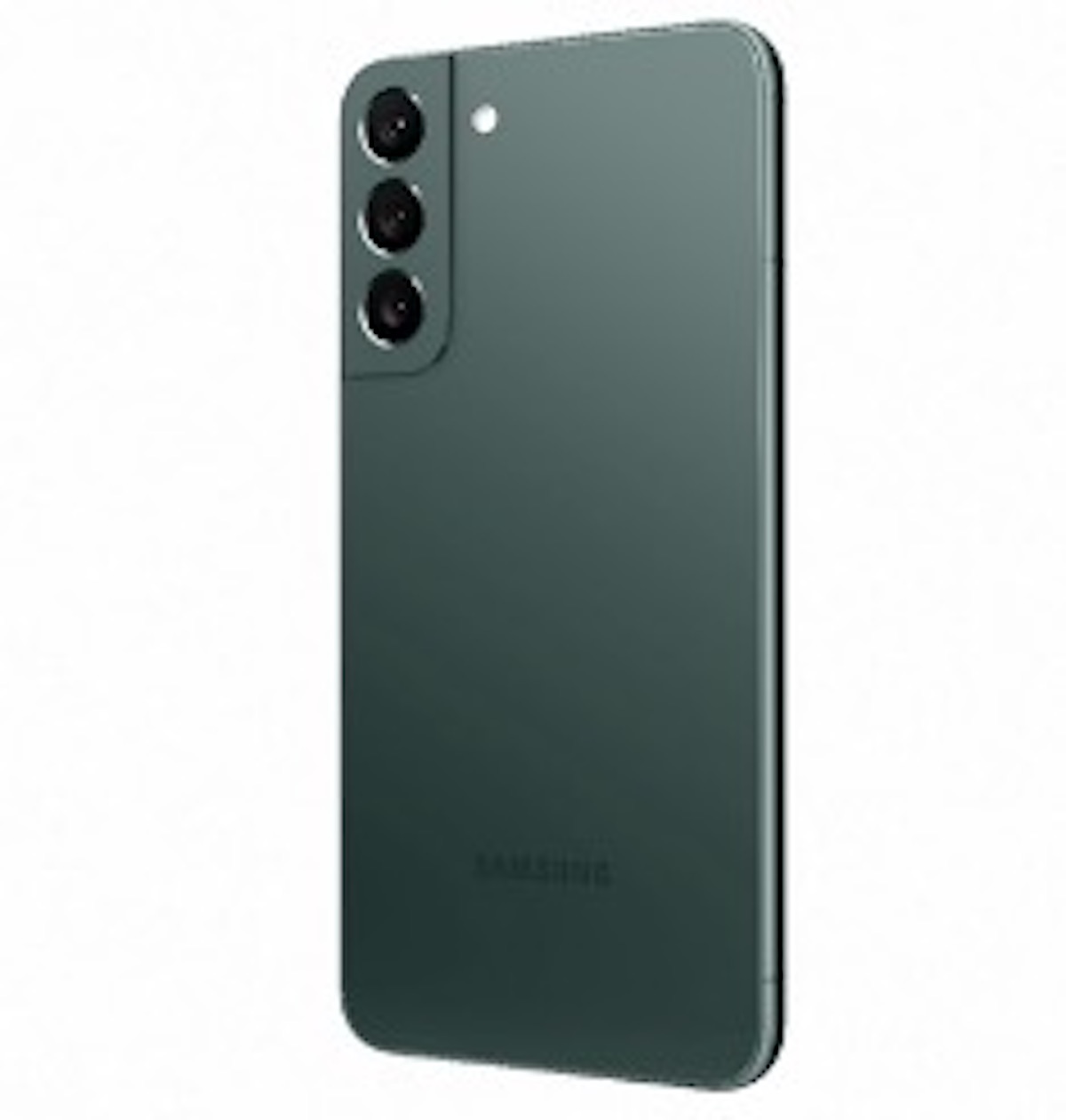 The lack of expandable storage is expected now with phones, but given this, Samsung should have offered at least a 512GB variant of the S22+. Instead, you have the option of just 128GB or 256GB. Many users will find this satisfactory, especially with the many cloud services now available, but for those who create many images and videos, like myself, a larger storage amount would have been beneficial.

The cameras are great overall, but, like I stated above, the phone can at times go overboard with the processing. Some images suffer from unrealistic over-sharpening and this, unfortunately, isn’t an easy fix like decreasing saturation is.

If you are a S21 or S21+ user, wait at least another year before upgrading your phone. It is a good rule anyway to not be upgrading your phone yearly. The changes just aren’t significant enough, and this holds true with the S22+. However, for users of phones from generations past, the S22+ would be a solid choice. Its many positives, like the camera and display, will remain impressive for years to come. If you’re one to create lots of photos and videos, I would recommend either looking into cloud services if you do not have one already or considering the S22+ Ultra, which can be purchased with 512GB at a higher price of $1,119.99.

Want To Buy The Samsung Galaxy S22+? Here are some options: