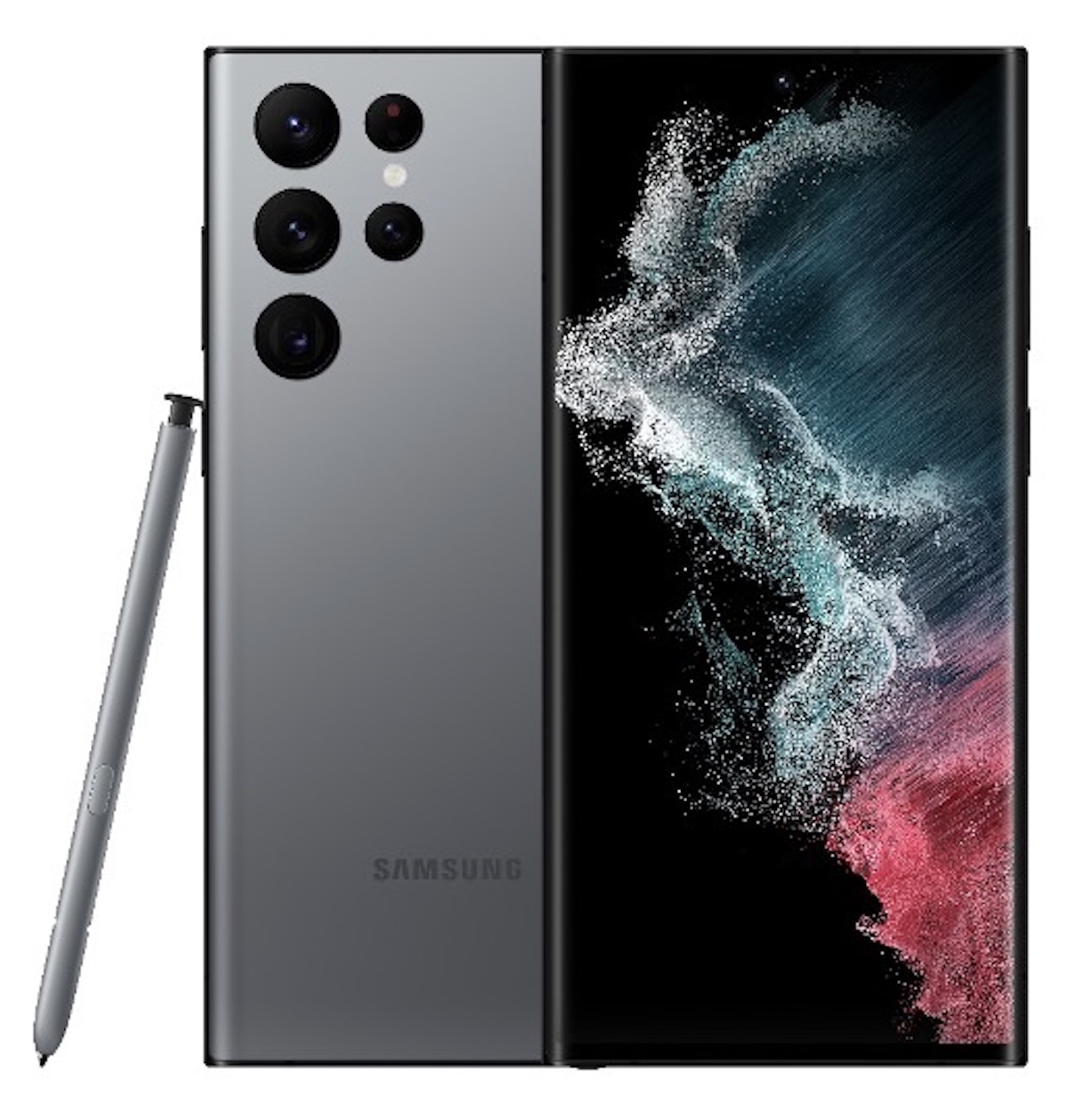 Though the Samsung Galaxy Note 20 was discontinued last year, its spirit has returned with the Galaxy S22 Ultra. The new S22 Ultra was announced in February of 2022 alongside the base model S22 and the S22+. A built-in S pen, a five-camera system, and more powerful performance are among the many impressive features that help this flagship phone truly feel like the height of Samsung’s current technology. The device comes at a high price, but so much comes with it.

Here is a list of the Samsung Galaxy S22 Ultra pros and cons:

As should be expected from such a premium phone, the S22 Ultra has a premium feel. An aluminum frame is sandwiched between the display glass and the glass back, which now lacks a camera bump. This departure from the usual two-tone design is refreshing and seems to emphasize the camera array even more.

A noticeable difference between the S22 Ultra and the other S22 variants is the fact that the display is curved. The curved display looks great, but some may prefer a flat display for better grip and screen protection. Others have also noted that the S pen can be slightly annoying to use with the curved display since there’s no sharp edge marking the end of the display. A case, however, should help to remedy the grip and protection issues. 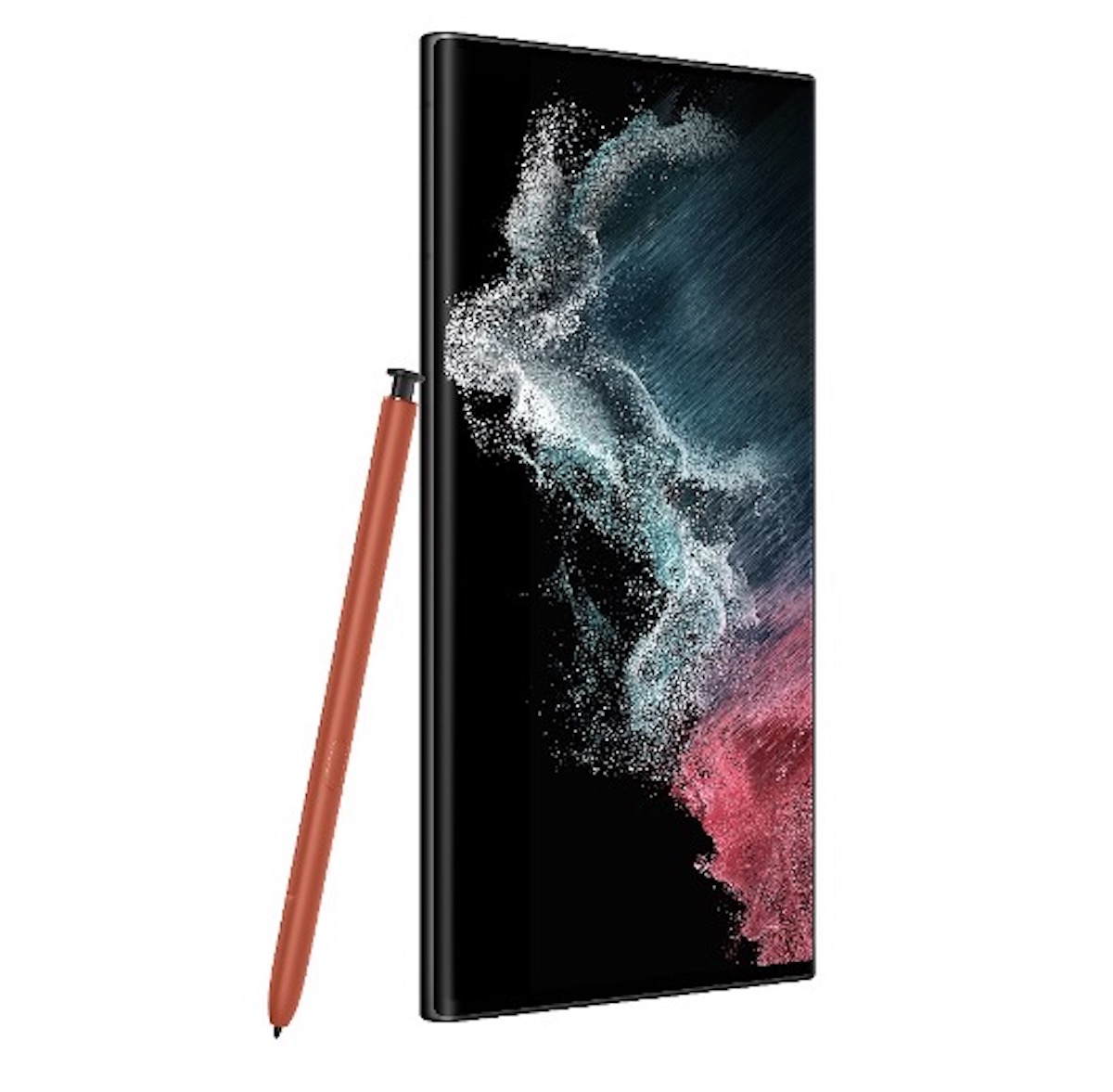 A design carried over from the now-discontinued Note series, the S22 Ultra has a built-in S-pen. The stylus is stored in the bottom of the phone and pops out when it is depressed. It can be used for many functions involved with controlling the phone, like taking notes, scrolling through social media, and editing images.

The pen now has a response time of just 2.8ms, quite a bit faster than the 9ms last seen on the Note 20 Ultra. Though the lag is still noticeable when taking notes, it is greatly improved.

As mentioned previously, the display is curved along the two sides. This may take some getting used to and you will definitely want to have at least a screen protector on the device, but the curvature does add to the media viewing experience 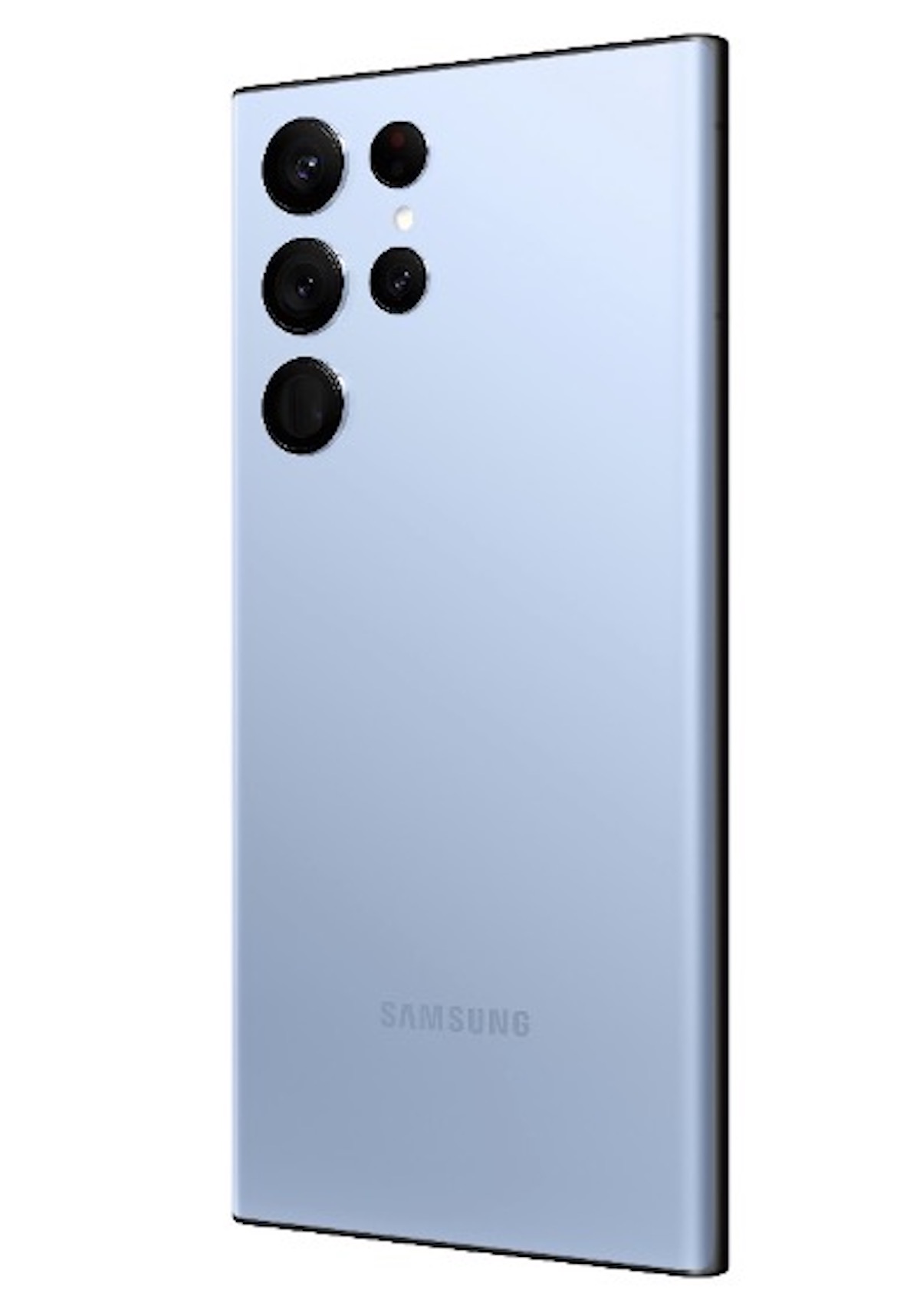 A new Snapdragon 8 Gen 1 processor, of the most powerful in the Android market, backs the phone. An octa-core CPU and Adreno 730 GPU work in addition to the processor, resulting it more-than-satisfactory performance. As with most Samsung devices, the European version of the phone is given an Exynos 2200 processor that is complemented by an Xclipse 920 CPU and a similar octa-core GPU. Unfortunately, the Exynos version does have slightly worse performance that its Snapdragon counterpart, but the difference shouldn’t be all to noticeable to the user. Either version of the device can be purchased with 8GB or 12GB of RAM.

The Snapdragon version of the S22 Ultra achieved a score of 3,752 on the Geekbench 5 multi-core benchmark. This is up from the 3,518 scored by the S21 Ultra, which had a Snapdragon 888 processor. For comparison, the iPhone 14 Pro Max, with its superior A16 Bionic chipset, received a score of 5,423. Nevertheless, the performance of the S22 Ultra is impressive and the phone should seldom get hung up.

Five cameras make up the camera system of the S22 Ultra. That’s four on the back and one on the front. Starting from the rear, the cameras include a 12MP ultrawide, 108MP main wide, 10MP 3x telephoto zoom, and 10MP 10x telephoto zoom. On the front is a 40MP selfie camera. The array covers just about any focal length the user may need. The telephoto cameras help to achieve high-quality images of subjects from afar, while the 108MP sensor of the main camera gives great flexibility in cropping photos after the fact. Additionally, the larger sensor with the main camera translates to better low-light photography.

Images from the phone sometimes feel overprocessed with excessive saturation and over brightening of shadows, but, overall, the photos are plenty satisfactory and look great in terms of color and detail. For garnering more control over the cameras, Samsung Expert RAW allows 16-bit RAW images to be captured. These can then be processed outside of the phone for better/more-personalized results.

In terms of video, the phone can record 8K at 24fps at its highest setting, while 4k and 1080p can both be recorded at 60fps. Using slow-motion mode, 1080p at 240fps and 720p at 960fps are possible. Similar to the images, details and colors with the videos turn out impressive. 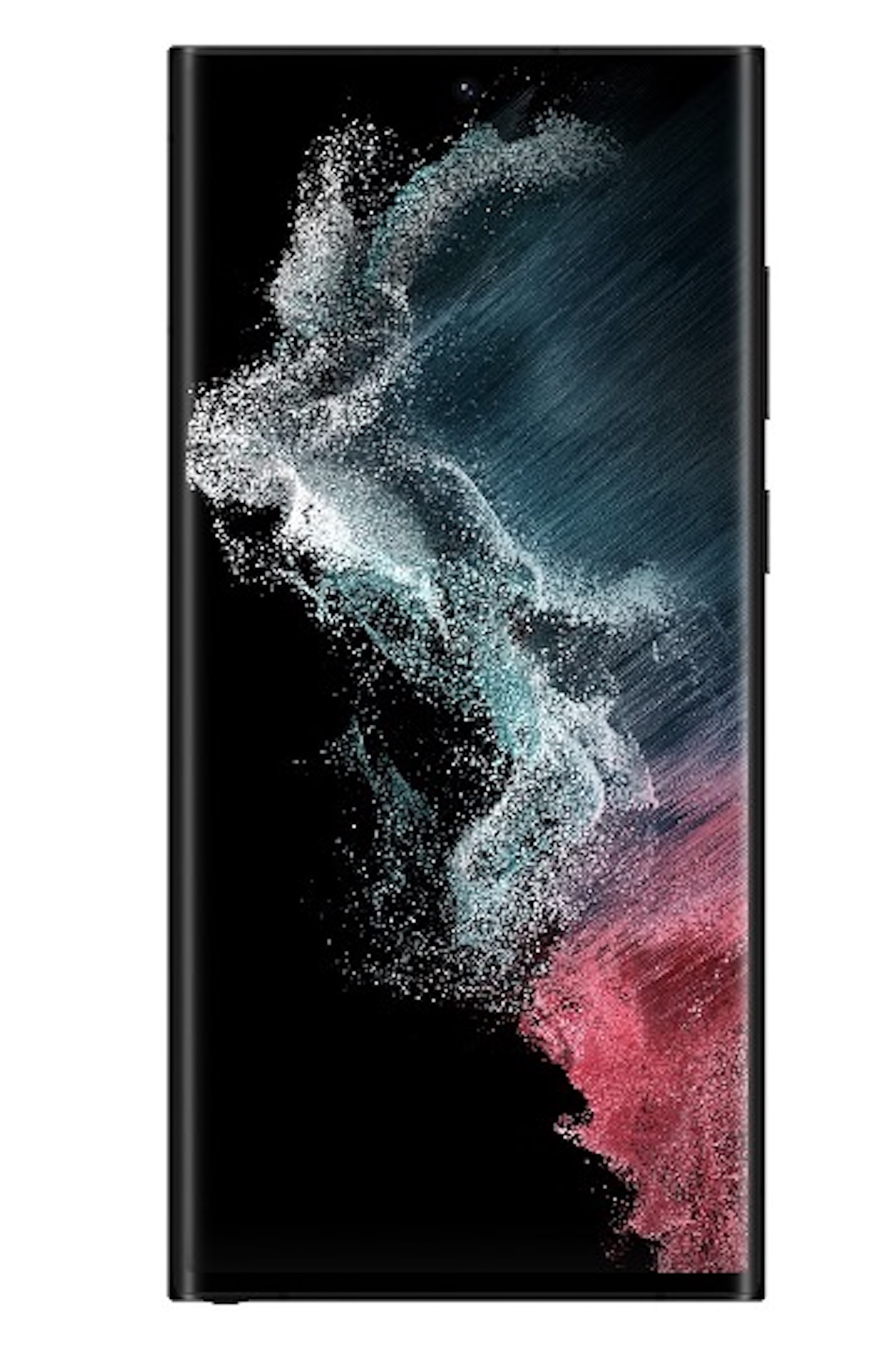 A lack of expandable storage is the standard now in smartphones, but, especially given Samsung’s emphasis on the photo and video abilities of the phone, it would have been nice to see. Thankfully, four storage size options are given with the phone, which are 128GB, 256GB, 512GB, and 1TB. 256GB or 512GB would likely be the best choice for most users, though those who create many images and videos will want to consider the higher storage amounts.

The same 5,000 mAh battery that was in the S21 Ultra is also in the S22 Ultra. Thought it is doubtlessly a large battery, the S22 Ultra has a shorter life span than the predecessor. The battery should still last most, if not all, of the day with light to moderate use, but heavy usage will necessitate a recharging at some point. No matter the usage, it would be wise to have a power bank handy to keep the phone towards full.

A positive aspect of the battery is its compatibility with Samsung’s 45W charger, lessening the time it takes to get the battery to full.

Overall, the S22 Ultra is, expectedly, a solid device. It has an endless list of impressive features, including its large array of cameras, built-in S-pen, 6.8” display, improved performance, and much more. This all, however, comes at a hefty price. Starting at $1,199 for the 128GB version, the price goes up to $1,599 on the high end for the 1TB variant.

For users of the S21 Ultra or other S21 phone, it would be worth waiting at least another year. Note 20 users similarly may wish to wait another year before switching to the S series. While the S22 Ultra is a great alternative to the discontinued Note series, there are a few issues that Samsung still has to iron out, like the battery. Even with the shortfalls, the phone should satisfy most users.

Want To Buy The Samsung Galaxy S22 Ultra? Here are some options: 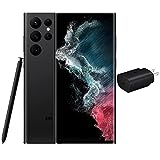 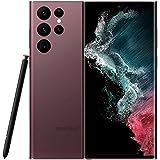