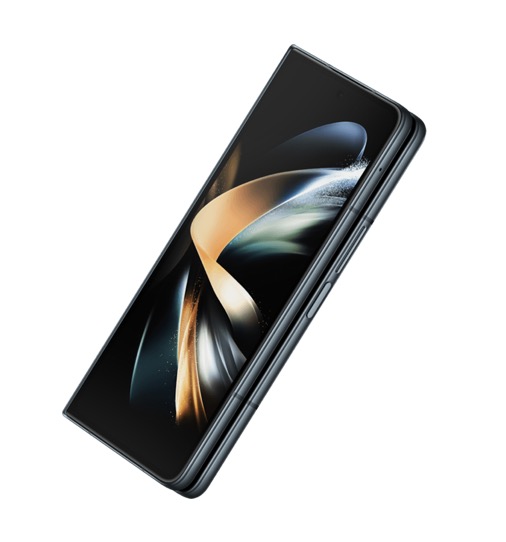 Announced in August of 2022, as the fourth generation of Samsung’s Z Flip series, the Z Flip4 promises a longer-lasting battery and improved overall performance, among other upgrades. The phone features a 6.7-inch main screen when unfolded and a 1.9-inch cover screen within a glossy, aluminum-framed body. Internally, the Flip4 boasts a Snapdragon 8+ Gen 1 processor and 8 GB of RAM, sufficient for everyday use.

The Z Flip4 is marketed at $999.99 as its starting price, but the carrier and manufacturer discounts are plentiful.

These are the Samsung Z Flip4 pros and cons you should know about.

The Flip4’s most visible positive attribute compared to its predecessor, the Flip3, is its refined appearance. The phone’s bezels are now thinner, and the hinge has been made lighter. In addition to the glossy aluminum frame, the phone feels more premium overall, fitting for its starting price of $999.99.

The personalization capabilities of the phone are also notable. If the factory choices are undesirable, Samsung allows you to customize the colors of the front and back panels, as well as the aluminum frame when you order directly through them.

Samsung built the phone with an impressive Dynamic AMOLED screen, which is used in both the main and cover displays. The two displays are bright and have the ability to portray color quite accurately, though the main screen may fall victim to saturation issues.

Unfolded, the main screen measures 6.7 inches – which is larger than other popular smartphones like the Galaxy S22+ (6.6-inch) and the iPhone 13 Pro (6.1-inch). But thanks to the Flip4’s folding design, the phone shrinks down to a size of just 4.2 inches. Plus a smooth 120Hz refresh rate complements the display’s FHD+ resolution.

In its folded state, the cover screen can be used for tasks like viewing notifications, sending pre-typed responses, and accepting or declining calls, among other things. The 1.9-inch cover display is also highly customizable, allowing you to get the most out of it. 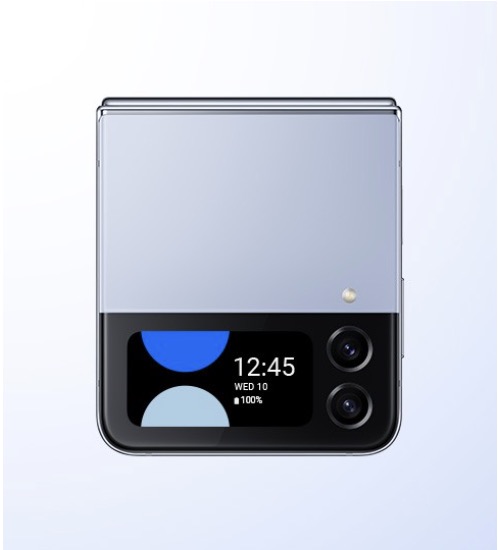 Protecting the precious displays is the new Gorilla Glass Vectus+ topped with a plastic layer. Given the Flip4’s folding design, the inner screen receives additional protection when the phone is closed.

An IPX8 water-resistance rating has been assigned to the phone, meaning it can survive being submerged in up to 5 feet of water for no more than 30 minutes. It’s worth noting that it is not resistant to dust so be sure to avoid that type of situation.

Among the improvements from the Flip3 are the new Snapdragon 8+ Gen 1 processor and 8 GB of RAM. This combination, which also includes an Adreno 730 GPU, leads the Flip4 to outperform Samsung’s flagship Galaxy S22. Along with the 120Hz refresh rate with the display and 5G capabilities, the phone is guaranteed to impress.

Up from 3,300 mAh in the Flip3, the Flip4 features a larger 3,700 mAh battery, an amount equal to the basic model of the Galaxy S22. The new Flip should last roughly the whole day with moderate usage. On days of heavy use, you may want to keep a charger handy to help it through.

As for the charging speed, the phone charges at 25W. Samsung claims it can charge 50% in 30 minutes.

While by no means leading the industry in increased storage capacity, the Flip4 allows for up to 512GB of storage. The Flip3, on the other hand, peaked at 256GB. Unfortunately, the phone doesn’t allow for expandable storage, but with cloud services and external hard drives, this should ideally not be an issue so long as you watch how full the phone gets. 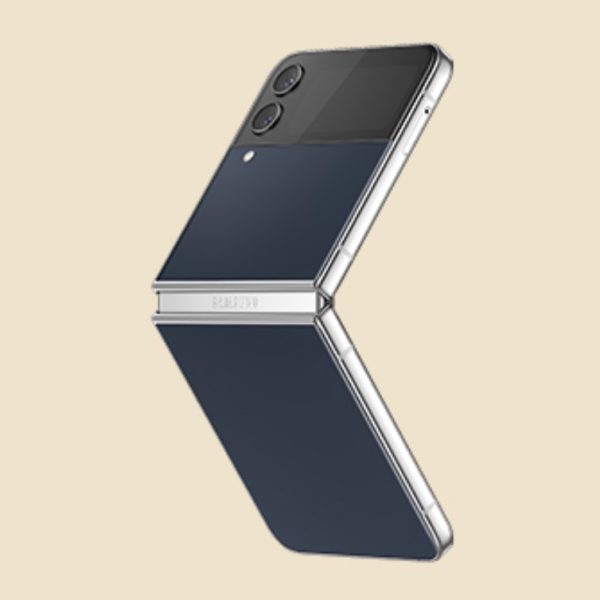 By including the camera on the cons list, I don’t mean to disregard its quality. The cameras, which include 12-megapixel wide and ultra-wide cameras on the back and a 10-megapixel front-facing camera, fulfill their duty and do so well.

However, the cameras saw a minor upgrade from the Flip3 and are rather disappointing for a phone priced at $999.99. The images are also unfortunately subject to Samsung’s usual automatic processing. Oversaturation is common and the smoothening of texture frequently leaves faces overdone. Though the 12-megapixel sensors are plenty for the majority of individual’s needs, many phones on the market will reach 50-megapixel and more on their main cameras.

Where the camera does succeed is the unique ability to use the phone as a tripod when folded halfway, making it much easier to grab selfies or group photos without having to hold the phone. A larger main sensor also gives the wide-angle camera better night performance, which is certainly noticeable when compared to the Flip3.

Overall, the camera is competent and will do its job fine. It would have been nice to see more improvements, such as the inclusion of a telephoto lens and more realistic image processing.

Con: Gap At The Hinge

This is a minor factor but notable due to the fact that several competitors to Samsung like the Oppo Find N have managed to find solutions to the issue. The gap is smaller than with the Flip3, but existent nevertheless.

The Samsung Z Flip4 receives a Pulse 2.0 score of 4.0 out of 5. At a price tag of $999.99, you will receive a highly capable phone that folds to comfortably fit into your pocket and take up less space in general. The displays and internal components are great, however the cameras, though sufficient, aren’t much different from the previous years’ Flip. The hinge design could also still use more refinement before it feels optimal.

If you’re a current Flip3 owner, it’s worth waiting until the next generation before indulging in a new model. Ideally, the next iteration will see a list of new improvements. If you have an older Z Flip phone, then it would be worth considering the Flip4 should you decide to upgrade. For traditional smartphone users looking to enter the new flip phone market, the Flip4 would certainly be a good starting point. Despite a couple of disappointing figures, the phone is nevertheless a good example of what new flip phones have to offer.

Want To Buy The Samsung Z Flip4? You Can Find Some Here: