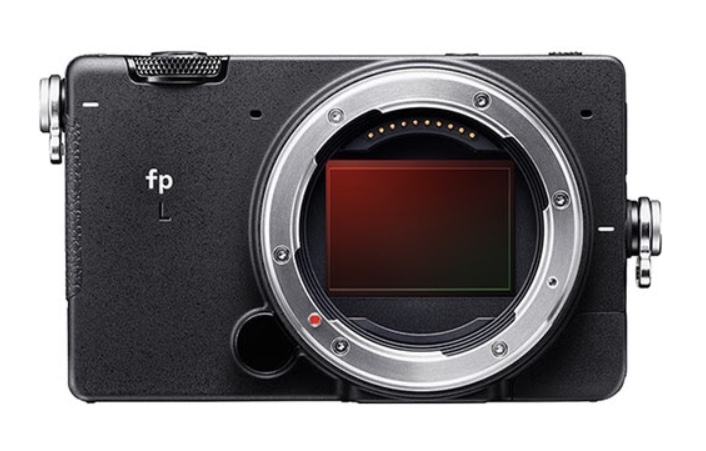 Launched by Sigma earlier this year, the fp L was released as a higher-end model to the original fp. The full-frame, mirrorless camera is built off of a modular design, making it highly customizable, especially for cinema functions.

The camera features many improvements over the previous fp model, including more megapixels, higher resolution recording, and better-performing autofocus, among other aspects.

Here is a review of the Sigma fp L to help you decide whether to buy one.

One of Sigma’s headline features for the fp L is its small size. Sigma advertises the camera as one of the smallest mirrorless full-frame cameras on the market, surpassed only by the original fp.

The body alone weighs less than a pound, making it an extremely light camera to travel with. And while the camera does not include an electronic viewfinder, this gives the device a simple, compact box design that helps with modularity.

In its compact body, the fp L has a 61-megapixel BSI CMOS sensor, on par with the current leaders in mirrorless cameras. The high-resolution sensor gives more flexibility in cropping, allowing Sigma to incorporate a crop zoom feature that will sacrifice megapixels in order to give a tighter zoom.

The ISO range of the sensor runs from 100 to 25600, but is expandable to 102400. There’s also a composite ISO feature that can combine numerous images to output a photo of down to an equivalent ISO of six. A tripod is necessary to use this function as there is no automatic image alignment, but this isn’t unexpected. The results are impressive.

A feature unique to the fp L is how it can translate its current settings into a QR code. The QR code can then be scanned by the camera to easily import settings for certain situations. There’s also the ability to screenshot the rear LCD.

To keep size and weight down, the fp L has an electronic shutter rather than a mechanical one. This also gives the benefit of an entirely silent shooting experience – which along with the small size – makes it especially appealing for photojournalistic functions.

In terms of shutter speed, the electronic shutter can capture images at as fast as 1/8,000 of a second and can continuously shoot at approximately 10fps. This continuous shooting speed is rather slow compared to other mirrorless cameras in this price range, but it is not unreasonable given the compactness of the fp L’s components.

In a camera full of impressive specifications, the battery is one aspect that disappoints a bit. The camera uses Sigma’s BP-51 battery pack, which the company rates at approximately 240 shots with one charge. This is not very many, but the battery packs are small so a number of them can be carried around quite easily.

And there’s also a port to power the camera over USB. The USB power is especially helpful with studio work where the camera can constantly be plugged in.

One of the major upgrades from the original fp camera is the improved autofocus system. The fp L takes advantage of a hybrid system with contrast detection as well as the new addition of phase detection. On top of this, there are also tracking capabilities, such as an eye tracking mode.

To keep the size of the fp L down, Sigma has opted to exclude a traditional electronic viewfinder built into the body. Purchasing the camera alone means you will be using the live view mode on the rear LCD.

An external viewfinder can be bought for about $700 alone or $500 if purchased as a kit with the body. It connects into the USB and HDMI ports on one side of the camera and has a 3.69M-dot OLED display inside.

The viewfinder can be rotated 90 degrees to allow for looking straight down into it from above. Unfortunately, because the external viewfinder uses up the HDMI port, you are unable to tether the camera to a computer while using it. It also won’t allow for use of the USB power supply so having spare batteries at the ready will be a necessity. 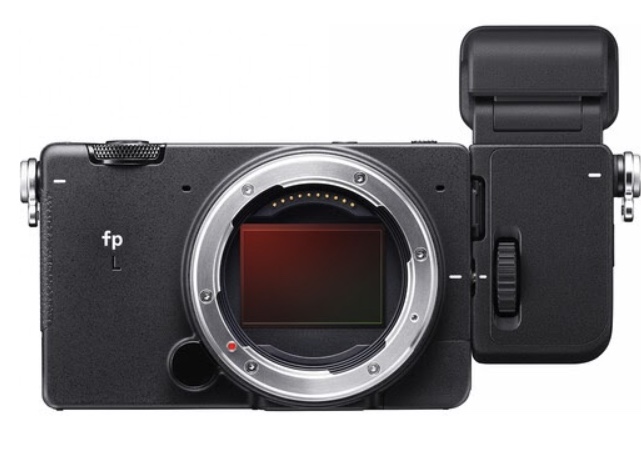 While the camera’s prime environment is in stills, Sigma has filled it with many impressive video-related features. Internally, the camera can record at up to UHD 4K at 30fps and 1080p at up to 120fps.

The video can be output as 8-bit CinemaDNG or 8-bit MOV. When an external SSD is connected to the camera, it is possible to create 10-bit and 12-bit CinemaDNG video. And by connecting the camera to a computer via HDMI, DCI 4K at 24fps. This connection also allows for Blackmagic and ProRes RAW formats.

The camera is highly customizable for video shooting with its modular design. A countless array of accessories can be attached to the small device to turn it into a large, professional-grade movie camera.

It should be noted that, due to the electronic shutter, the camera does reportedly suffer from rolling shutter. This seems to be the only major issue found with the camera’s video recording. 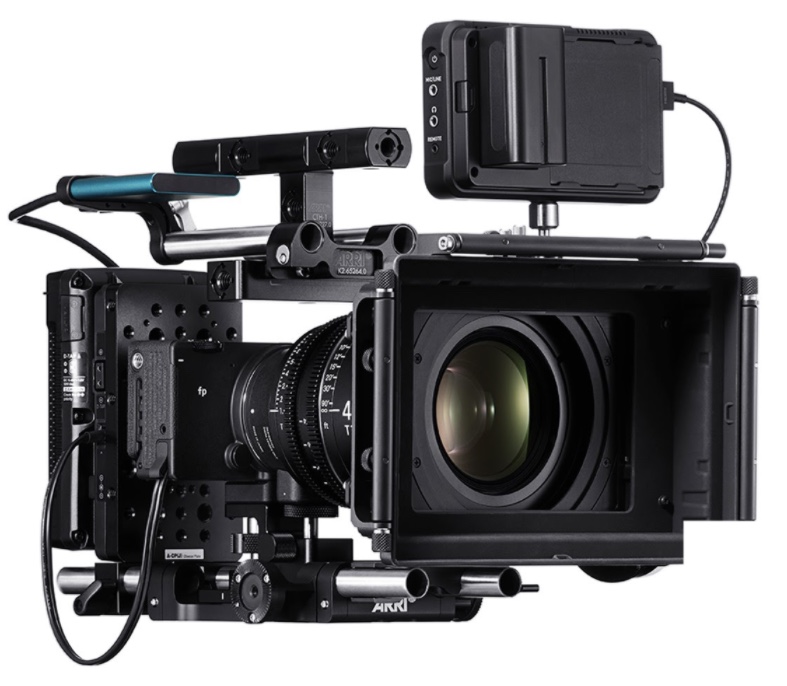 For storage, the fp L only has room for a single SD card. This is one of the minimized aspects that keeps the camera to such a small size. As mentioned previously, the device can be tethered to an SSD or computer to allow for much more storage if a traditional SD card is not enough.

The Sigma fp L uses the L-mount, which is part of the L-mount Alliance between Leica, Sigma, and Panasonic. So the camera is compatible with any L-mount Leica, Sigma, or Panasonic lens, giving the user a wide range of lenses to choose from. And adapters can be purchased for other popular lens mounts.

The Sigma fp L with the body alone is priced at about $2,500 or nearly $3,000 if bought with the external viewfinder. Given the price of other high-resolution mirrorless cameras such as the Sony a7R IV and Canon R5, this price is reasonable.

Though its small size means some features had to be dimmed down such as the battery capacity, Sigma was nevertheless able to make it a highly-capable camera. And photojournalists or landscape photographers will find many advantages to the size with the high-resolution further being beneficial. With high resolution stills and video, the Sigma fp L is a versatile tool for many types of shooting.

Based on the specifications mentioned above, the Sigma fp L has received a Pulse 2.0 score of 4.5 out of 5 stars.

Want To Buy The Sigma fp L? You Can Get It From Here: 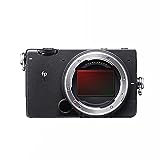