CarDekho, an India-based online car search platform company, has raised $110 million in Series C funding at a valuation between $400 million and $500 million. With this round of funding, CarDekho is going to enhance its focus on the used cars areas and improve upon its transaction services such as insurance and finance businesses. CarDekho’s insurance arm is known as InsuranceDekho.com.

Currently, CarDekho works with over eight automakers and contributes between 15%-30% in combined annual sales. So far, CarDekho has partnerships with 5,000 dealerships in India.

Existing investors such as Sequoia India, Hillhouse Capital, Capital G, and Axis Bank participated in this round. Owned by Girnar Software Pvt. Ltd, CarDekho previously raised $75 million in funding across three funding rounds according to LiveMint. Some of the company’s other investors include Tybourne Capital, Ratan Tata, HDFC Bank, Times Internet, Dentsu, and Trifecta Capital. 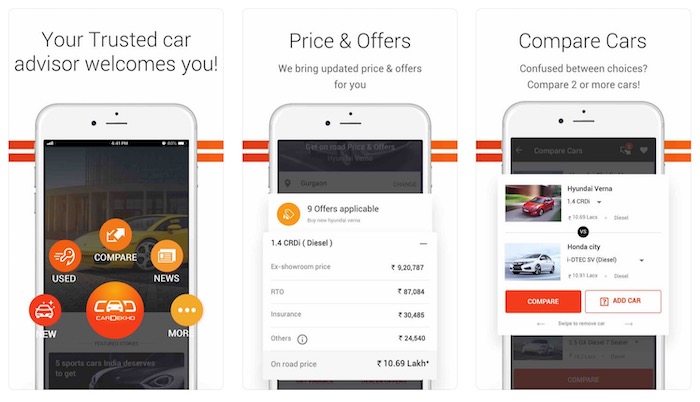 “Our user engine has scaled up tremendously and has enabled us to incubate allied business like insurance and finance business as they are one of the largest opportunities ahead of us,” said CarDekho CEO and co-founder Amit Jain in a statement via LiveMint. “The opportunity lies in extending formal credit and insurance coverage to the new-to-formal economy population and will be continue to be a focus area for us.”

Recently, CarDekho has been expanding in other regions of Southeast Asia such as Malaysia, Thailand, and Indonesia. GirnarSoft also runs other auto services like Zigwheels.com, BikeDekho.com, Gaadi.com,TyreDekho.com, TrucksDekho.com, and Powerdrift. And GirnarSoft owns other Internet properties like CollegeDekho.com.