How Delta Is Improving Its Operations With A New App

How Delta Is Improving Its Operations With A New App

Delta has launched a new app and communication service called Flight Family Communication, which helps employees who are assigned to a flight to have the ability to communicate with each other about the status of tasks and customer service items necessary before departure such as catering, cleaning, fueling, accounting, accounting for carry-on/checked bags, inspecting the aircraft, etc.

The conversation stream can also be seen by pilots on electronic flight bag tablets along with flight attendants through handheld SkyPro devices. And it can also be seen on desktop platforms for Airport Customer Service Tower personnel, gate agents, system operations managers, and flight dispatchers. 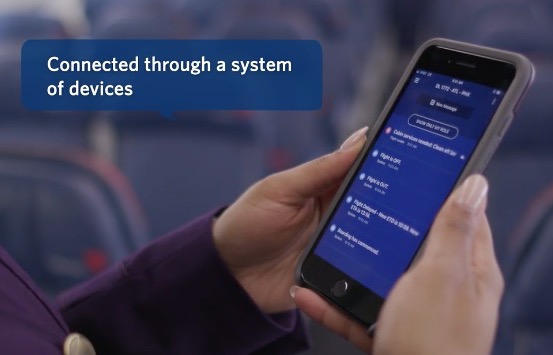 “Our goal is always to develop tools that makes our employees’ jobs easier,” said Delta SVP of Operations & Customer Center Dave Holtz. “When communication is better, the departure process is smoother and employees are freed up more often to share timely information and engage with our customers.”

This app helps keep all of the staff on the same page rather than having to depend on jetway phones and word of mouth. And another app that Delta uses is called Flight Weather Viewer, which helps pilots avoid areas that could cause turbulence.

The initial tests of the Flight Family Communication resulted in a 45% decrease in the amount of time that employees spent traversing the jet bridge to talk to each other before departure. This is due to the two-way texting options and the infusion of critical flight related status changes that have given Delta better team awareness of the customer-impacting challenges. For example, flight attendants and gate agents will be able to message each other about whether overhead bin space is reaching capacity for carry-on bags or if two people have the same seat assignment.

Since Flight Family launched over the summer, about 50% of all Delta departures have benefitted. During that time, Delta saw a 65% jump in the ability to depart on time when a team has less than the minimum allotted time to push out a flight. And on an average day, approximately 11,000 messages are being sent using the platform. On days when the operation is affected by the weather, the usage jumps to more than 14,000.