Elvie, a London, England-based women’s healthcare technology company, announced it has raised $42 million in Series B funding led by IPGL — which is the private investment vehicle of Michael Spencer. Spencer is the founder and CEO of electronics markets business Nex Group and is one of the richest self-made men in London.

Octopus Ventures and Impact Ventures UK also participated in this round. With this round of funding, Elvie plans to accelerate its research and development efforts and increase brand awareness and distribution for Elvie Pump and Elvie Trainer across the Americas, Europe, and Asia.

“Whether it’s menstruation, pregnancy or menopause, women’s bodies have been shrouded in taboo for centuries. We know so many issues of womanhood can be improved by technology, and there is so much potential in this space,” said Elvie CEO and founder Tania Boler in a statement. “We are delighted to have the support of Michael Spencer on our journey to create extraordinary products that improve women’s lives. This financing will enable us to continue innovating, while driving global scalability to meet customer needs.” 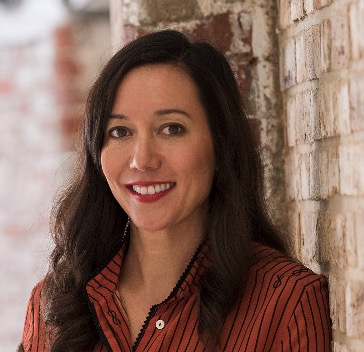 Most healthcare products and solutions are developed and delivered by men so there is a major gap in the consumer technology market for solutions that address common issues women face every day. This is why Elvie is creating solutions to the issues that matter most to women including pregnancy/childbirth, periods, and menopause.

“The female-health sector has historically been underserved by technology and there are very few companies addressing women’s health challenges,” added Spencer. “Women’s health and wellness should not be a niche market and Elvie is pioneering smarter technology for women with a mission to improve women’s health outcomes globally.”

Over the past six months, Elvie’s annual revenue run rate tripled. And the company is expected to grow by another five times by the end of the year. The Elvie Pump is a consumer favorite as tens of thousands of women currently are on the waiting list for ordering one.

Elvie has been awarded a number of accolades. For example, the Elvie Trainer won more than 12 awards for innovation and design including the Red Dot Award. And the Elvie Pump received praise internationally after it was unveiled on the catwalk at the London Fashion Week and at the Consumer Electronics Show in Las Vegas where it won four awards and was recognized as a Consumer Electronics Show 2019 Innovation Honoree and for Babylist Best of Baby Tech 2019. So far, the Elvie Pump won six awards including the 2018 International Design Award and IoT Breakthrough Wearable Device of the Year Award.