How Emily Weiss Turned A Simple Beauty Blog Into A $1.2 Billion Brand

How Emily Weiss Turned A Simple Beauty Blog Into A $1.2 Billion Brand

Entrepreneur Emily Weiss started Glossier as a beauty blog and now it features a line of beauty products. Now the Glossier brand is valued at $1.2 billion after raising a $100 million Series D round of funding led by Sequoia Capital. This gives Glossier “unicorn” status, which is a term used for companies that are valued at more than $1 billion. The company’s valuation tripled since it raised $52 million in Series C last year.

This round of funding was provided by Tiger Global Management and Spark Capital along with existing investors Forerunner Ventures, Thrive Capital, IVP, and Index Ventures, Including this round, Glossier raised nearly $200 million in total funding. This makes Glossier one of the most funded private beauty companies.

“We are building an entirely new kind of beauty company: one that owns the distribution channel and makes customers our stakeholders,” said Weiss in a statement. 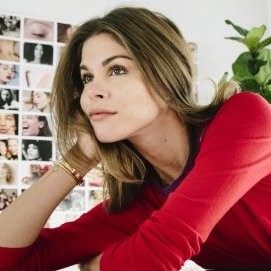 Glossier launched in 2010 as a blog called “Into The Gloss” and the company grew to 200 employees with $100 million in annual revenue last year. Plus the company opened two brick-and-mortar locations. Glossier also recently hired Vanessa Wittman as chief financial officer. Glossier also recently hired VP of supply chain operations Edith Chen and VP of operations Nick DeAngelo. Wittman previously had the same roles at Oath and Dropbox. She is assuming the role after Henry Davis stepped down.

While running the blog, Weiss was working as a fashion assistant at Vogue. Weiss als worked for several assistant jobs at Conde Nast and at Ralph Lauren as a teenager. She also briefly appeared on MTV reality series “The Hills.”

Glossier recently launched its own spin-off brand called Glossier Play, which competes against brands like Ulta and Estée Lauder. And Glossie has a strong following with celebrities as well. Beyonce, Chrissy Teigen, and Tiffany Haddish all wear Glossier’s brands.

And Glossier is especially popular on social media. For example, the company has 2 million followers on Instagram. The two brick-and-mortar stores are Instagram-friendly and it encourages visitors to take photos and share them on social media.

Gartner L2 VP of specialty retail and activewear Jane Fisher said via CNN: “It’s a really smart way to get your consumers to be your advertisers and generate word of mouth recommendations, which is still such a powerful part of getting someone to buy your products.”

“Glossier’s success with this strategy is evident in the numbers. The company added over one million new customers in 2018 — customers that are profitable with their first purchase and keep coming back to buy more,” wrote Spark Capital partner Megan Quinn in a blog post. “They have seen triple digit revenue growth every year since founding while maintaining a burn that is decidedly old fashioned in this day in age. Their products are sold directly to their community, exclusively through their own channels. There are no third parties extracting revenue or pilfering their customer insights — community engagement flows through toll free and drives future product innovation and amplification. The community is a valued colleague.”