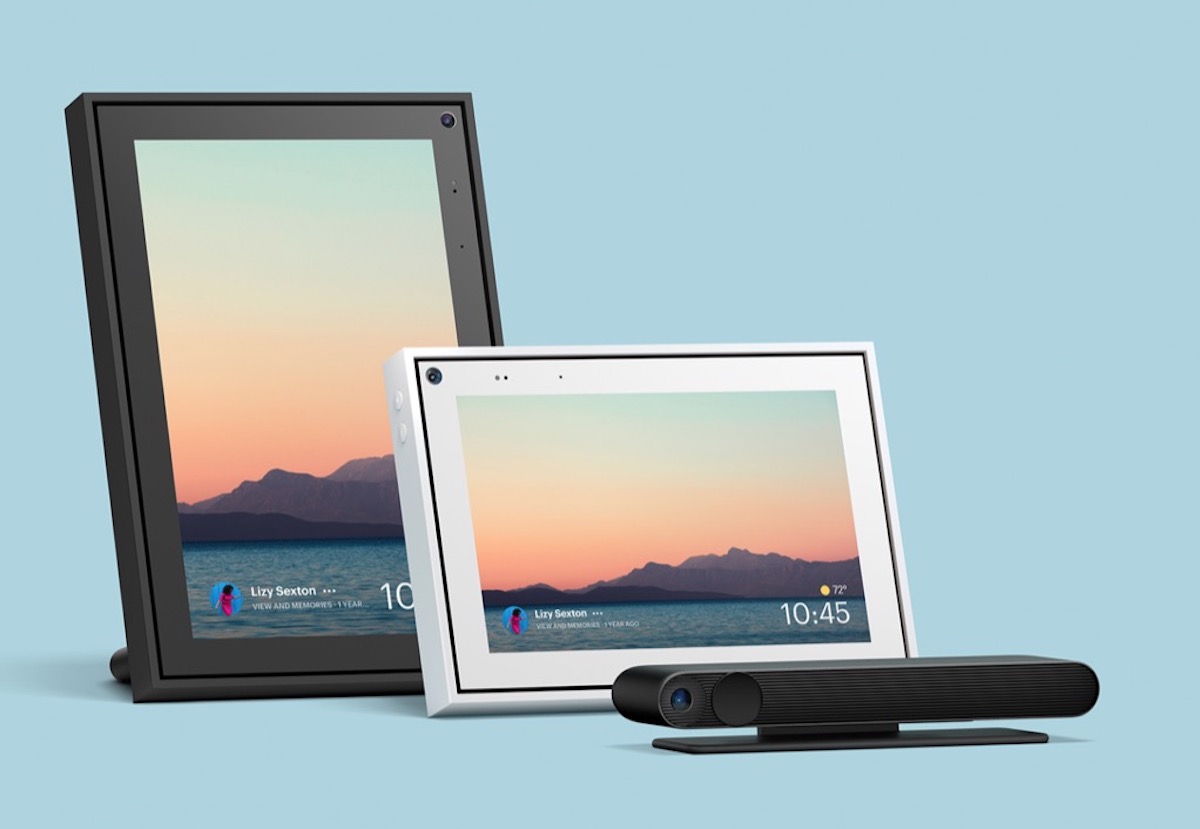 Facebook has announced that it is expanding its Portal family of home-video calling devices with three new options: Portal, Portal Mini and Portal TV. Plus Facebook also announced a new way to make calls using WhatsApp.

Along with the US and Canada, the Portal lineup is also now coming to the UK, France, Italy, Spain, Australia and New Zealand. And now Portal is now available to pre-order in the US, Canada, and Europe.

The redesigned Portal and all-new Portal Mini feature has a picture frame design to seamlessly fit into homes. Built into the Portal Mini is an 8-inch HD display whereas the Portal has larger 10-inch HD display for video calls, displaying photos, and watching videos in either portrait or landscape orientations.

The devices feature an adaptive display for adjusting brightness and color based on your surroundings so that video calls as well as photos and videos on Superframe look natural. And the Portal and Portal Mini have built-in speakers for listening to music. This feature pairs nicely with Spotify, Pandora, and iHeartRadio.

The Portal TV sits below or on top of TV sets for immersive video calling. And Portal’s AI-powered Smart Camera intelligently pans and zooms to stay with the action so you are able to move and talk freely while always being in frame. Plus Smart Sound enhances the voice of whoever is speaking while minimizing unwanted background noise.

In terms of privacy, you can disable to camera and microphone with a single tap or a sliding switch. There is a red light next to the lens indicates the camera and microphone are off and there’s an integrated camera cover if you want to physically block the camera lens. The Smart Camera and Smart Sound use AI technology that runs locally on Portal rather than being used on Facebook servers.

With “Hey Portal” enabled, Portal will listen for that phrase. And if it is detected, then Portal will send a short audio recording and transcript of the “Hey Portal” voice interaction to Facebook. From there, a trained team may review a sample to make voice services smarter and more accurate for everyone. You can view, hear, and delete any “Hey Portal” voice interactions from the Facebook Activity Log. And you can turn off voice storage in the Settings anytime.

Facebook also announced WhatsApp calling on Portal. Along with Messenger call, all WhatsApp calls on Portal are end-to-end encrypted.

When you are not on a call, Portal acts as a digital photo frame so you can display your favorite photos, videos, and birthdays reminders.

Amazon Prime Video is supported on Portal TV so you can stream shows from that platform including Amazon Originals. And you can download other apps such as SHOWTIME, CBS All Access, Starz, Pluto TV, Red Bull TV, and Neverthink.

Portal devices have Alexa built in and it also supports access to Alexa skills. This allows you to check the news, ask about the weather, get local search results, and control your smart home.

Here is a comparison of the new Portal models: 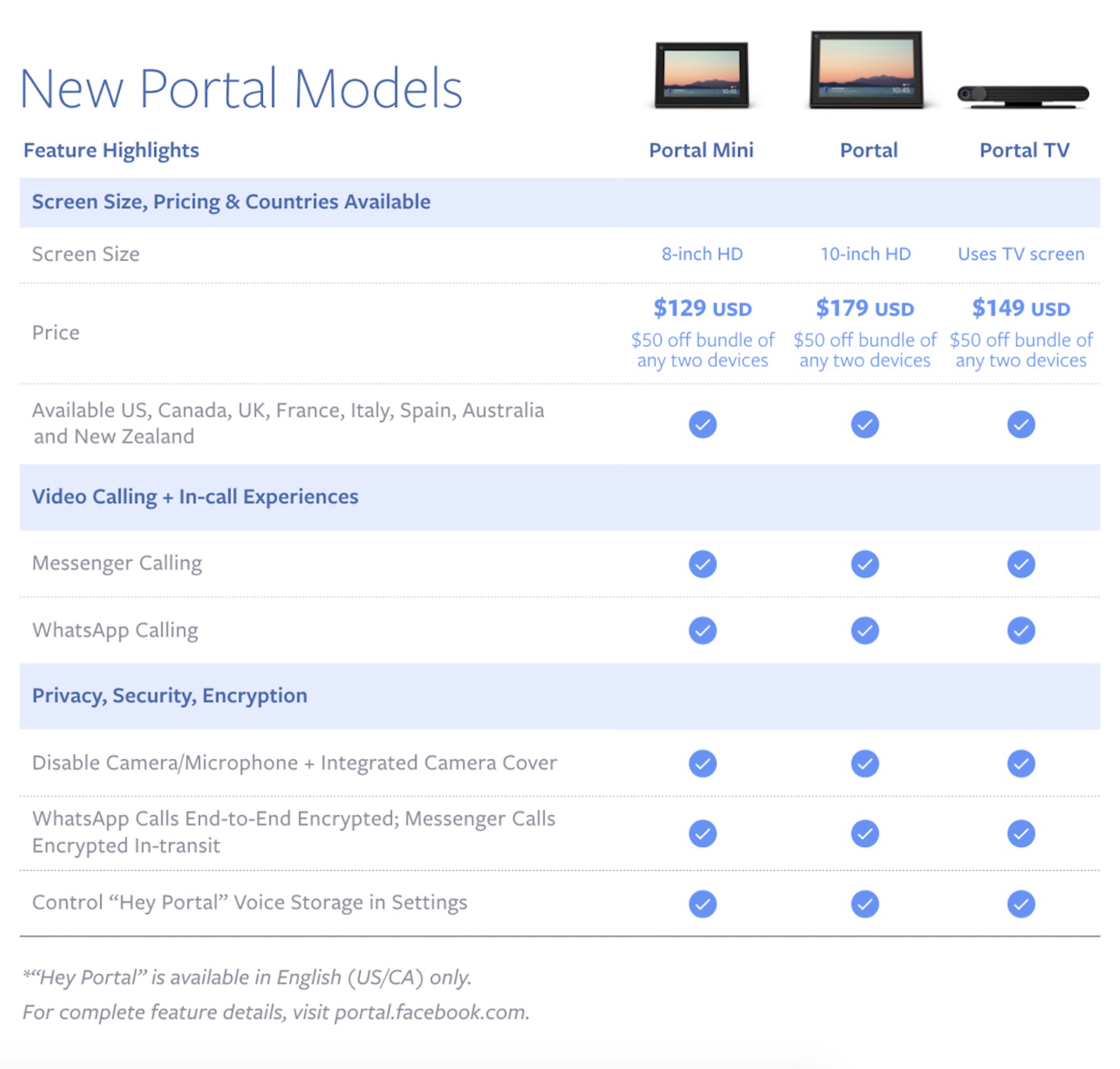