When you upgrade your Google Chrome browser to version 70.0 on Windows, Macs, and Linux, you will be able to watch videos on YouTube in picture-in-picture mode.

You will be able to access the feature by going to YouTube on Chrome and right-click (may require right-clicking twice) on the video player and then tap Picture-in-Picture. Then you will notice a small video player move to the corner of your screen. From there, you can move the small video player to the area where you want it to be played. 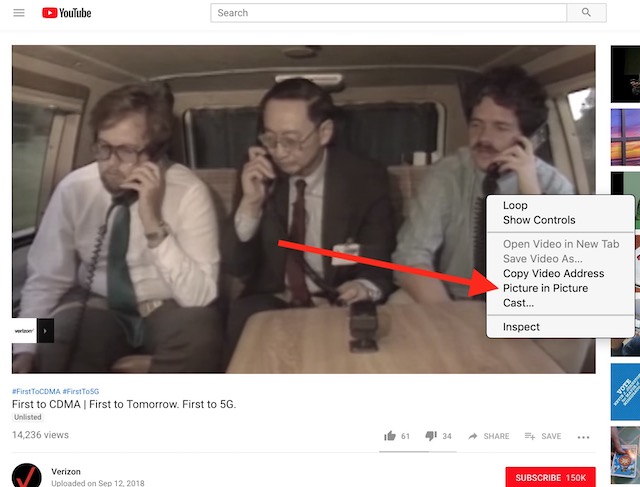 The Picture-in-Picture feature was added to the Android mobile operating system a while ago and it was a very popular addition. And Picture-in-Picture was originally added to Google Chrome 69 beta on the desktop recently, but users could only enable it with a flag at the time.

“After months of work, I’m proud to share with all of you that Picture-in-Picture (PiP) is now enabled by default in Chrome for Linux, Mac, and Windows,” said Google’s Chromium Evangelist François Beaufort in a Google+ post. “This allows you to watch videos in a floating window (always on top of other windows) so that you can keep an eye on what you’re watching while interacting with other sites, or applications. I love it!”

If you want to use Picture-in-Picture for other websites besides YouTube via Chrome, then you can use a free Chrome extension that Beaufort posted on the Chrome Web Store.