Even though Google is best known for its search engine, software products and consumer-facing devices like the Google Home and Google Pixel phones, many people do not realize that Google sells useful enterprise hardware as well. For example, Google announced the Titan Security Key at the Cloud Next 2018 conference today. 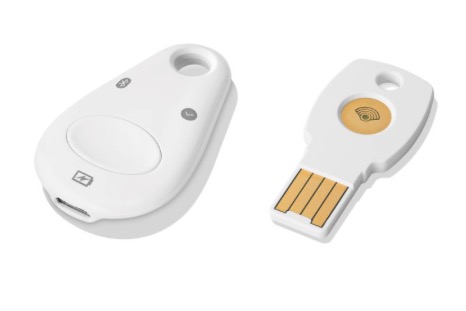 The Titan Security Key authenticates logins through Bluetooth and USB connections. And it also includes firmware built by Google to verify authenticity.

“We’ve long advocated the use of security keys as the strongest, most phishing-resistant authentication factor for high-value users, especially cloud admins, to protect against the potentially damaging consequences of credential theft,” said Google in a blog post. “Titan Security Key gives you even more peace of mind that your accounts are protected, with assurance from Google of the integrity of the physical key. Titan Security Keys are available now to Google Cloud customers and will be available for anyone to purchase on the Google Store soon.”

The Titan Security Key devices are currently available to Cloud customers and it will be available for general sale in the next few months. At the same event, Google also revealed its Edge TPU platform for the Internet of Things.