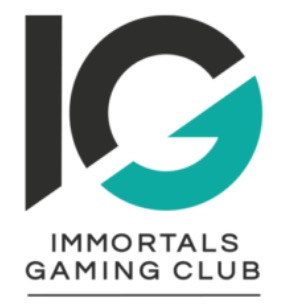 Immortals, a Los Angeles, California-based eSports team, recently announced it has raised $30 million in Series B funding. And Immortals also said it was going to rebrand its holding company and go through executive changes, according to ESPN.

In terms of rebranding, Immortals is going to rebrand the holding company to Immortals Gaming Club (IGC) — which also owns the Los Angeles Valiant and MIBR brands. And Immortals also revealed that it has acquired Brazilian matchmaking platform company Gamers Club.

Segal told ESPN that the company was going to use the $30 million funding round to fulfill its franchise payments to the Overwatch League, expand Games Club, and pursue new opportunities. ESPN’s sources also pointed out that Immortals is reportedly in the running to acquire a part of the Infinite Esports & Entertainment — which is a diversified esports and entertainment holdings company that includes OpTic Gaming and its League of Legends Championship Series spot. This sale is being facilitated by investment bank J.P. Morgan Chase.

“Bringing together a premier platform in Gamers Club and our core esports team operations is a critical and exciting step in enabling IGC to become a vertically integrated, truly global esports and gaming organization,” said Segal in a statement. “This fundraise is a major milestone in the evolution of this organization and furthers our ambition to build a distinctive, best-in-class esports and gaming organization: a values driven company, focused on promoting and celebrating inclusivity and diversity; a brand-specific approach to team ops, targeting deep engagement with high-affinity audience and community; a strong management team with complementary endemic and non-endemic experience and expertise; and a uniquely positioned, highly strategic investor base.”

The majority sale of Infinite began in January and the company was originally looking for $150 million to buy up the whole business, which would include OpTic Gaming and their Overwatch League team (known as the Houston Outlaws).  And Immortals wins the bid, then they would be allowed to retain the Outlaws based on league-wide multi-ownership rules.

Segal told ESPN that Whinston is a significant holder of company stock. “The startup experience is turbulent; esports is a tough industry, and our company now is a mature operating business. I very much appreciated that Noah tapped me on the shoulder and felt that I would be capable of leading the company in this next phase. He’s not in the office day-to-day, but as an important shareholder, has every desire to succeed,” Segal explained via ESPN.

When Whinston was attending college at Northwestern from 2012 to 2015, he became one of the highest esports winners on the daily fantasy sports websites (Vulcun). And then he later met a number of investors including Steve Kaplan, the Milken family, and Lionsgate Interactive Ventures president Peter Y. Levin. These investors had a desire to launch a professional League of Legends team. And so Whinston partnered with those investors in October 2015 to set up Immortals.

Whinston oversaw Immortals as it became one of the most successful League of Legends teams in North America. And he had founded the Los Angeles Valiant in the Overwatch League and acquired and rebooted MIBR after bringing in the former Counter-Strike: Global Offensive players of SK Gaming.

Now Immortals does not operate in League of Legends as the team was not selected as a franchise partner by Riot Games as of October 2017. However, the Infinite bid could bring back their return to League of Legends.

“As a Board, we believe in IGC’s differentiated strategy of diversifying its portfolio of assets beyond core esports operations,” added Whitman — who is now CEO of Quibi and a member of the IGC Board of Directors. “Winning in esports and gaming requires commitment and patience, and we are focused on building long term sustainable value.”

Based in Sorocaba in the state of Sao Paulo, the Gamers Club platform and community hub connects more than 1 million registered gamers across Brazil’s gaming market. And it is especially known for connecting Brazilian Counter-Strike: Global Offensive players.

The Gamers Club founders Yuri Cerezo Uchiyama and Juliano Mirandolli are going to continue to operate Gamers Club and expand the platform into different games and geographies. Team captain Gabriel Toledo will also continue his involvement with Gamers Club.

“IGC’s vision to unite esports and gaming platforms will deliver the best possible experience for current and future members of the Gamers Club community,” explained Uchiyama. “We look forward to working with IGC to create this best in class experience across Counter-Strike and other games.”