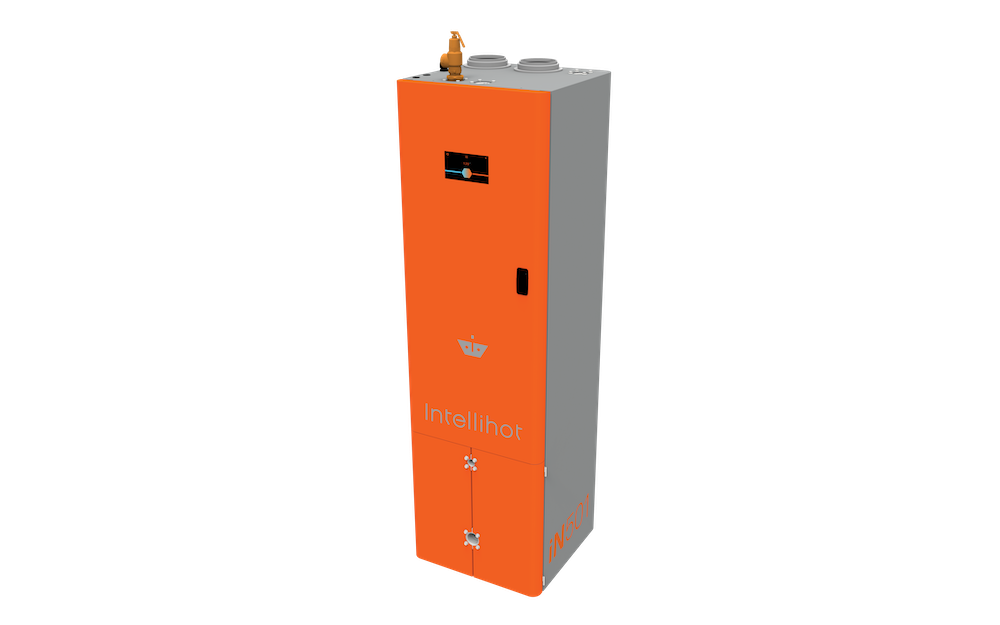 The Neuron series includes two models the iN401 and iN501 — which provide up to 399,999 and 499,999 BTU/hr, respectively. Both of the Neuron models have built-in cellular LTE connectivity for remote monitoring and independently controlled twin engines that are offering built-in redundancy and twice the power of rival tank water heaters.

The compact and lightweight Neuron series heaters are 8 inches slimmer than typical tanks and fit in the narrowest of spaces like doorways and elevators. And The Neuron units are able to fit in existing water and gas connections which eliminates the need to re-pipe and it cuts installation time in half.

“Without hot water, a hotel can lose thousands of dollars every day or risk shutting down. Our drop-in Neuron units replace existing tanks easily,” said Deivasigamani in a statement. “We’re dedicated to creating products that revolutionize mechanical rooms through innovative and intelligent solutions that not only save hotels a great deal of space, time and money, but also make a significant impact on our planet.”

Deivasigamani was inspired to launch Intellihot after he returned home one day from a 30-hour flight only to find his basement completely flood from a broken water heater. As he was mopping up the mess, he realized that water heaters had looked the same for decades. And there was a lack of innovation in the space. After cleaning up the basement, he started troubleshooting the water heater and started developing a prototype of a tankless water heater. Before launching Intellihot, Deivasigamani worked as a robotics engineer at Caterpillar for 11 years.

Intellihot has had a momentous year. Recently, Intellihot signed an exclusive commercial license agreement with NASA. As part of the deal, Intellihot’s entire product line of tankless hot water heaters will be powered with novel combustion burner technology developed by NASA for aircraft engines. Intellihot’s commercial tankless water heater products are used by some of the largest hotels, restaurants, and schools in the world.

Some of the company’s customers include Costco, Hilton Hotels, Levi’s Stadium (San Francisco 49ers) and 340 on the Park (second tallest residential building in Chicago).

Intellihot’s tankless systems are able to provide endless hot water only when needed while eliminating waste and cutting down greenhouse emissions by over 40%. Plus with no storage tanks, there are less risks for Legionella growth.

Intellihot has raised about $5 million in funding since it launched from investors like Independence Equity, Hyde Park Angels, and Energy Foundation.