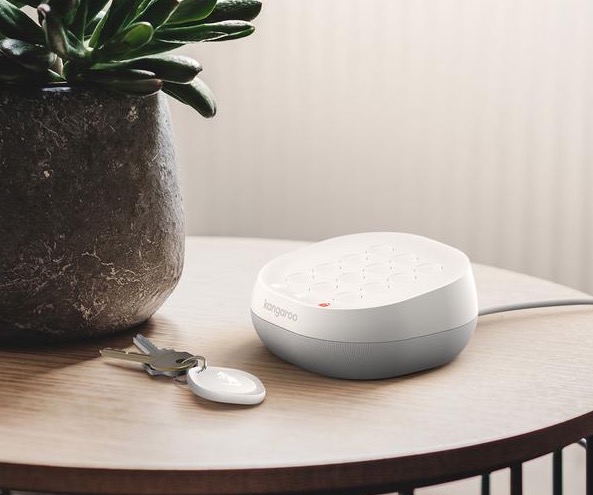 Kangaroo, a New York-based smart home security company, announced it raised $10.26 million in funding led by Greycroft. Lerer Hippeau and several angel investors participated in this round. And Greycroft partner and co-founder Ian Sigalow is joining Kangaroo’s board of directors. With this funding round, Kangaroo will expand its product suite.

The sensors can be purchased directly from Kangaroo or from Lowe’s, QVC, Amazon, and Walmart. The pricing of the sensors are $15 for the Motion Sensor, $90 for the Siren, $30 for the Motion + Entry Sensor, and $30 for the Climate Sensor. And you can monitor the home for $60 per year. At these prices, Kangaroo makes home security very affordable.

Founded by CEO Maximus Yaney, COO Dhruv Garg, CTO James Xu, and GM China Victor Meng, Kangaroo makes it easy to monitor your home through a free app paired with sensors. And these sensors — which are connected via Wi-Fi — keep users updated. The sensors are hub-free and app-controlled that work together in order to create a customized security system for the home.

Prior to launching Kangaroo, Garg and Meng were both executives at hOme labs — which is smart home company incubated at Mohawk Group. And Xu was previously the VP of Engineering at Mohawk. And Yaney was the co-founder of Mohawk and CEO at hOmeLabs. Yaney describes the experience of launching Mohawk as going from zero by selling Bitcoin mining cards on eBay out of his apartment to a 170 person multinational company with a $150 million run rate. Google Ventures was also a backer in the company.