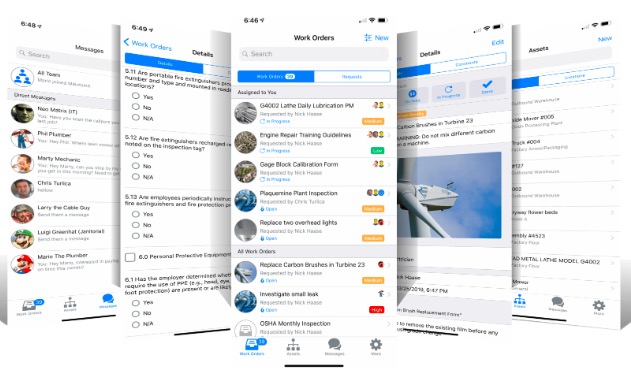 MaintainX, a leading San Francisco-based mobile-first workflow management platform for deskless employees, announced it raised $3.8 million in a seed round of funding led by August Capital and Amity Ventures. Ridge Ventures and TCL Ventures also participated in this round of funding.

“There are more than 100 million deskless workers in the United States who have been mostly ignored by software companies,” said Turlica in a statement. “MaintainX is empowering these operational leaders and their frontline workers with digitized communication and the most streamlined workflow management software on the market.”

MaintainX’s frontline team collaboration tools boost the efficiency by up to 7x for the 80% of workers who do not sit behind a desk. And ever since MaintainX launched in late 2018, hundreds of companies ranging from operation-intensive industries like retail, hospitality, and manufacturing have adopted the platform such as Subway franchises, Phillystran, and a number of Marriott and Radisson properties.

“Eighty percent of the world’s workforce is not sitting at a desk. Record-keeping happens on clipboards, and the primary communication channel is radio, making standardization, collaboration and analytics impossible,” added Amity Ventures managing partner CJ Reim — who is joining the company’s board of directors in conjunction with this round.

With this funding round, MaintainX is going to grow its teams in San Francisco and Montreal. And the company is going to further develop its platform and amplify its rising daily usage and retention including more than 1,600 businesses that joined the platform.

August Capital general partner David Hornik pointed out that MaintainX built a “brilliant platform that takes advantage of the ubiquity of smartphones to enable and track tasks out in the field while providing real-time data and insights to management that have never before been available.”

And Subway franchise owner Larry Eden started using MaintainX in the fall of 2018 and immediately implemented it into all of his franchises. Eden said that they were trying to manage 140 pieces of equipment across seven locations using spreadsheets, emails, and text messages. This was not working out very well so they switched over to MaintainX. “MaintainX is the perfect tool to prevent issues from falling between the cracks,” Eden explained.