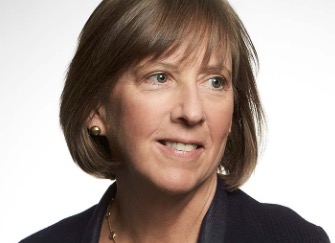 The decision to spin Bond Capital out of Kleiner Perkins reportedly has something to do with new partners Mamoon Hamid and Ilya Fushman setting up the latter to aggressively focus on early-stage investments.

Meeker has been regularly featured on the annual Forbes Midas list. And she was ranked number 8 on the list this year.

In 2010, Meeker joined Kleiner Perkins and she quickly became known for publishing an annual State of the Internet report. Some of the investments that Meeker worked on include Airbnb, Uber, Houzz, Plaid, Slack, and Peloton.

Meeker announced her plans to form Bond back in September. And some of the Kleiner team members that are joining her include partner Mood Rowghani, Noah Knauf, and Juliet de Baubigny. The partners at Bond are still considered partners at Kleiner Perkins and they will continue working on portfolio companies that they invested in such as Uber, Slack, and DocuSign.

“The environment for venture has evolved — with larger checks being written for seed and A rounds and more support from partners required to build companies — demanding a high degree of specialization and extreme focus to excel,” said a Kleiner Perkins spokesperson via TechCrunch back in September. “The changes in both areas have led to less overlap between venture and growth and creating two separate firms with different people and operations now makes sense.”

Meeker is also making history with the launch of Bond. It is the first female-founded and female-led venture firm to cross $1 billion in capital. But Meeker is not one of the first Kleiner partners to set up her own fund. Aileen Lee launched Cowboy Ventures in 2012 and Trae Vassallo set up Defy Partners in 2016. Plus Beth Seidenberg set up Westlake Village BioPartners in September.