Technology entrepreneur and former mayor of New York City Michael Bloomberg announced over the weekend that he is donating $1.8 billion to his undergraduate alma mater Johns Hopkins University. This represents the largest ever contribution to an academic institution in American history. This donation will be used exclusively for undergraduate financial aid at John Hopkins University.

“America is at its best when we reward people based on the quality of their work, not the size of their pocketbook. Denying students entry to a college based on their ability to pay undermines equal opportunity. It perpetuates intergenerational poverty. And it strikes at the heart of the American dream: the idea that every person, from every community, has the chance to rise based on merit,” said Bloomberg in a statement. “Now, I want to be sure the school that gave me a chance will be able to permanently open that same door of opportunity for generations of talented students, regardless of their ability to pay. I am donating an additional $1.8 billion to Hopkins that will be used solely for financial aid to low and middle income students. That will make admissions at Hopkins forever need blind. It will allow the school to offer more generous scholarships. It will ease the burden of student debt for many graduates. And it will help open up the American dream to more young people.”

So far, Bloomberg donated $6.4 billion to charitable causes — which also includes a previous $1.5 billion donation to John Hopkins. And in a New York Times op-ed Bloomberg wrote, he said that no qualified high school student should be blocked entrance to a college based on the bank account of his family. 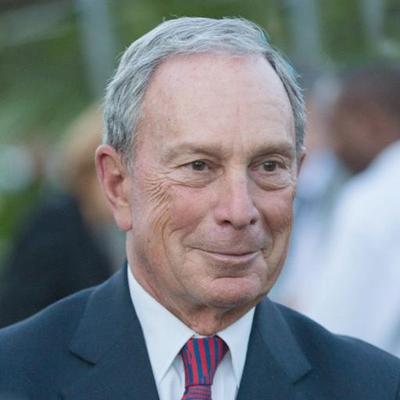 Forbes estimates that Bloomberg’s net worth was $46.3 billion prior to this donation. This makes Bloomberg the 14th richest person in the world. And a majority of his wealth comes from his 88% stake in finance giant Bloomberg LP.

Bloomberg LP was founded in 1981 by Michael Bloomberg, Thomas Secunda, Duncan MacMillan, and Charles Zegar. Bloomberg started the company after being fired from a job at Salomon Brothers. This was after Salomon Brothers merged with Phibro Corporation and went public. Bloomberg received $10 million worth of Phibro-Salomon securities before getting ousted.

Using his knowledge of computer systems, Bloomberg and his team brought the Bloomberg Terminal to the market in December 1982. And now Bloomberg generates more than $9 billion in annual revenue.

Bloomberg has been active in political investments as well. In this month’s midterm elections, Bloomberg pledged to spend $110 million on Democratic campaigns, of which $80 million was for the House of Representatives. Rumor has it that Bloomberg may run for president as a Democrat in 2020 to challenge Donald Trump.