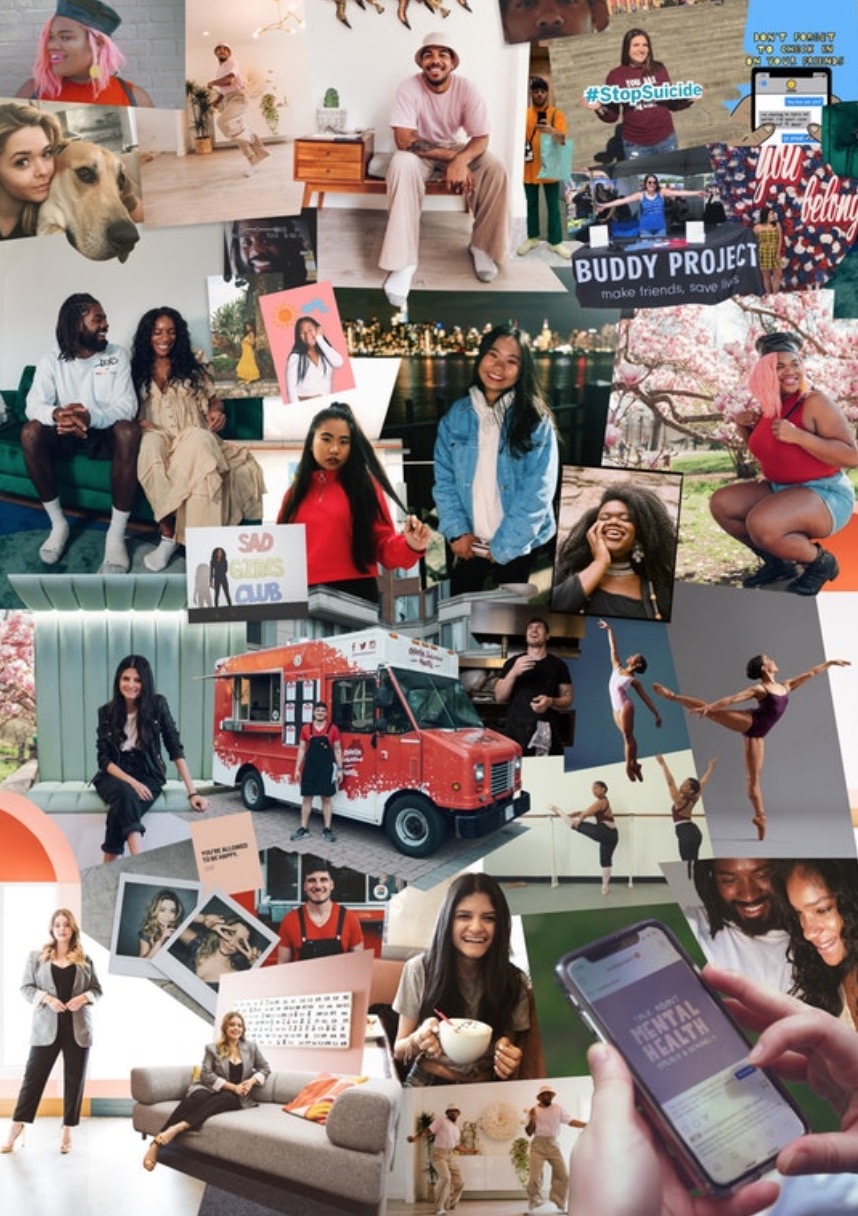 Photo Credit: Instagram and the American Foundation for Suicide Prevention

This month is Mental Health Awareness Month and Instagram has partnered with the American Foundation for Suicide Prevention (AFSP) on a public awareness campaign called #RealConvo. The campaign is aiming to inspire people to share their personal mental health experiences and help people find support communities online and offline. On May 9, AFSP and Instagram are also partnering with SELF and Teen Vogue for a live panel that will take place at Instagram’s New York City office.

When the campaign kicked off earlier this week the @AFSPnationalInstagram channel posted a dedicated “grid takeover” on its account — which featured video stories of 9 people using their voices to help empower others to be themselves on social media and speak candidly about their mental health. Each of those individuals took a stand against the concept that social media is only for posting the perfect highlights. The campaign encourages users to share the ups and downs in life.

“As the nation’s largest suicide prevention organization, we hear from people across the United States that they know when they should be reaching out, but don’t know how to take it to that deeper level and have a real conversation about mental health. People are ready to talk about mental health in a more honest way, whether it means reaching out when they need help, or when they notice someone in their lives is struggling. And today’s culture celebrates authenticity and values deeper connections in our relationships. So we believe the time is right to provide them with the resources to start these conversations,” said AFSP chief medical officer Dr. Christine Moutier. “We are not asking people to take the place of mental health professionals – we are asking them to play their own role by supporting and connecting those in need to the help that is available. By doing this, we know we can save lives.”

Early contributors of the #RealConvo Instagram campaign on @AFSPnational include:

Since normalizing conversations on mental health is extremely important, a number of important organizations for mental health have also joined the #RealConvo movement including JED Foundation and the Born This Way Foundation.

The panel that is happening on May 9 will be moderated by Teen Vogue identity editor Brittney McNamara. And the panelists will include Jones, Hamilton, Frost, Dr. Moutier, and SELF editor-in-chief, Carolyn Kylstra. You will be able to watch the event on a livestream at 5:45PM ET on the Teen Vogue Facebook Page and SELF’s Facebook Page.

Plus @AFSPnational will be moderating a Twitter chat from 2PM to 3PM ET on Twitter (topic: “How to Have a #RealConvo About Mental Health”). The chat will be co-hosted by the National Suicide Prevention Lifeline, the JED Foundation, Active Minds, Born This Way Foundation, Mental Health America, and the Crisis Text Line.