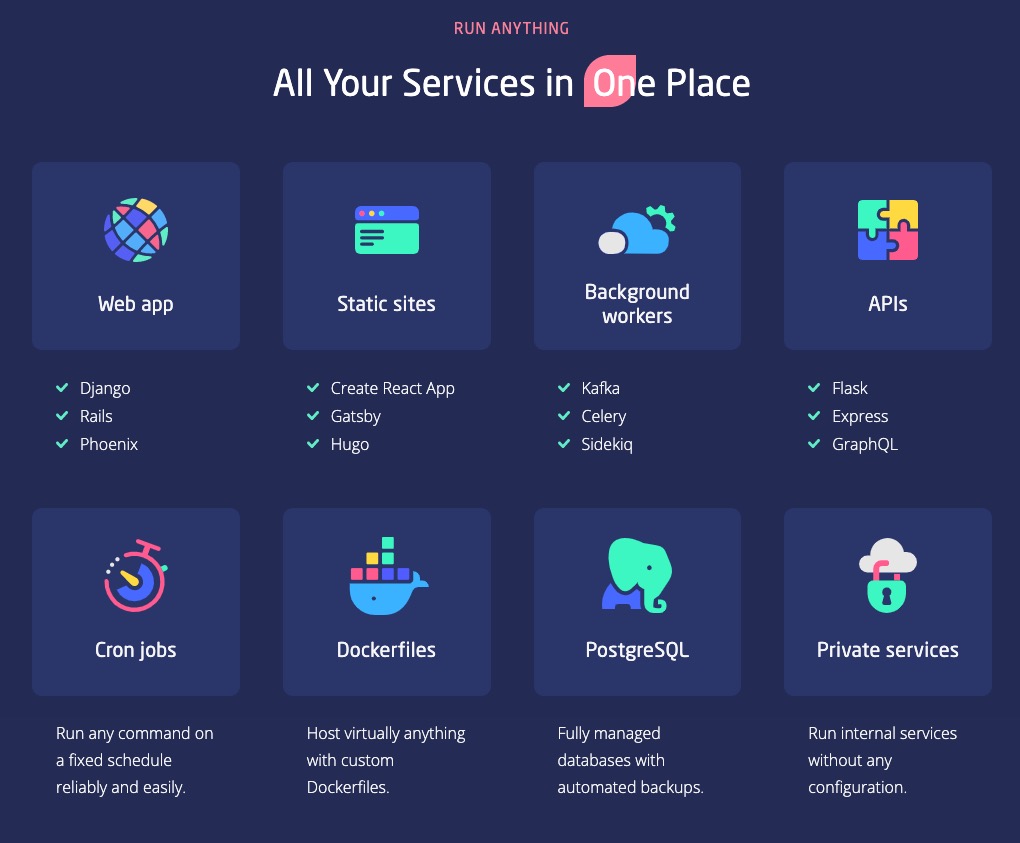 Render is a San Francisco-based software company that has launched with the “easiest cloud platform” for developers and startups for hosting apps and websites in a few clicks. And Render’s cloud platform has grown 10% week-over-week since January of this year. Now Render is serving more than 50 million requests every week. Some of Render’s early access customers include hundreds of developers and startups such as 99designs and Stripe’s Indie Hackers.

Along with launching recently, Render also announced it raised $2.25 million in seed funding from General Catalyst and the South Park Commons Fund. Generally, when it comes to hosting apps in the cloud, developers and startups have to pick between large cloud infrastructure providers which can be complex and harder to use. Render provides an alternative that a number of customers love.

This has been evident in the range of fully managed services developers can host on Render ranging from simple React websites and Rails apps such as complex applications like Kafka and Spark. And Render makes it easy to deploy everything developers and startups that are needed to build and scale their products.

All of the services on Render receive free automatic SSL through Let’s Encrypt along with built-in health checks, zero downtime deploys, and the ability to preview changes live before deploying it to production. And Render also offers one of the most affordable managed database services that is complete with one-click creation and automated daily backups.

“We’re laser-focused on making it exceptionally easy and quick for our users to share their creations with the world, and this is evident in how much they love using Render. Hosting with large cloud providers like AWS remains complex and tedious for most developers, and platforms like Heroku fail to scale as an application grows. We’re committed to building not just the easiest but also the most flexible cloud that can power complex workloads at scale, freeing up developers and teams from managing infrastructure and ultimately improving all software,” said Render founder and CEO Anurag Goel.

Previously Goel worked as the Head of Risk at Stripe. While working at Stripe, Goel helped the company launch and grow to $5 billion in valuation.

Quora co-founder Charlie Cheever said that Render has helped the company get new projects online quickly and the team has been “extremely responsive” and their platform scaled well with the growth of one of its products. And Stripe’s first employee Darragh Buckley said that he forgot how much time was wasted managing AWS as he was hacking together his own deploys and exclaimed: “I love, love, love Render.” Indie Hackers founder Courtland Allen pointed out that Indie Hackers was moved from AWS to Render — which “eliminated a lot of infrastructure complexity as a result” plus the site is “significantly faster” and “operating costs are much lower.” Key Values founder Lynne Tye said that she was reluctant to move from Heroku but it took “two minutes to switch” and “now Key Values is so much faster.” And Checkr engineer Sean McCann explained that moving from Heroku to Render reduced the hosting bill by 80% and the “sites and databases are even faster.”

“Render is building the logical next step to cloud infrastructure – making it disappear! Application developers clearly want to focus on the functionality and usability of their work, and not on server setup, deployment, and scaling. Render is enabling exactly this focus and that’s why early developer users love it so much,” added General Catalyst managing director and former VMware CTO Steve Herrod.

Render essentially provides developers and startups with instant setup and incredible ease of use. Plus it is coupled with the power and flexibility previously afforded only by large cloud providers. And Render was able to do this by creating an intuitive hosting platform that does not require any knowledge of servers and infrastructure. Plus Render combines this technology with powerful containerization technology which enables customization, cost reduction, and reliability at scale.

“Render is South Park Commons’ first investment and we couldn’t be more bullish on this company. They have the easiest cloud that inspires tremendous user loyalty, and I see it firsthand in the Commons community every day. Our members are technologists, tinkerers, and entrepreneurs, and they all love using Render as they explore ideas. I’ve been blown away by the incredible progress Render’s team has made so far, how skillfully they’ve incorporated feedback into the product, and the game-changing innovations they have in the pipeline. We firmly believe Render will completely transform how we deploy and run applications in the cloud,” explained South Park Commons founder Ruchi Sanghvi.