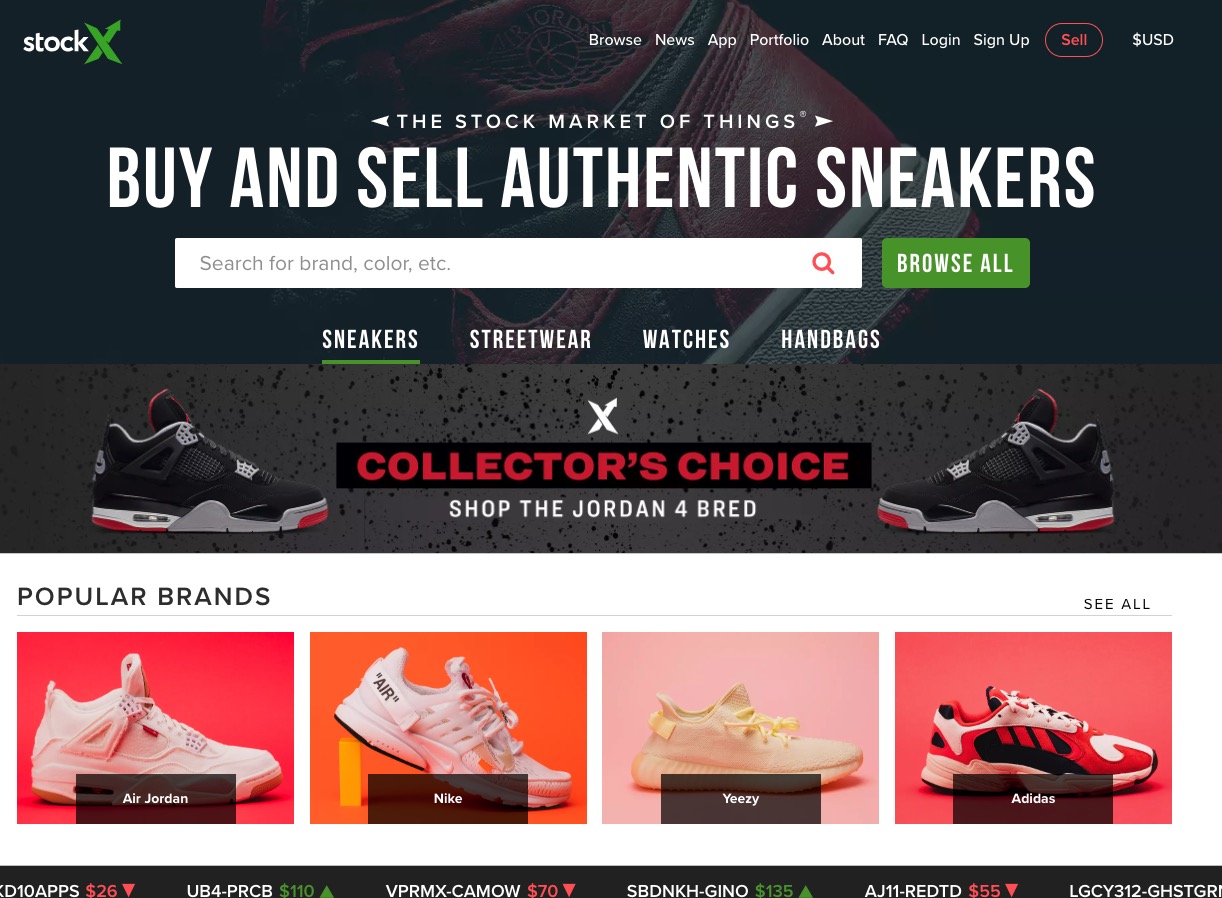 Sources with Vox’s Recode recently reported that StockX is in talks with venture firms about raising funding at a $1 billion valuation. DST Global — which is the venture firm founded by Russian-American billionaire Yuri Milner — is reportedly leading the deal at this valuation. GGV Capital is also expected to be participating in the deal.

At a valuation of $1 billion or more, it would give StockX the rare “unicorn” status. Detroit Free Press pointed out that StockX would mark the third time in the last couple of years that a Southeast Michigan based startup reached unicorn status. Other companies in the area that achieved this include Ann Arbor, Michigan-based Duo Security (acquired by Cisco for $2.35 billion) and Rochester, Michigan-based OneStream Software (investment from KKR).

The deal is expected to be officially announced within the next few weeks. And the company will likely announce new features at the same time.

StockX was founded by billionaire Dan Gilbert (founder of Quicken Loans and Cleveland Cavaliers owner), CEO Josh Luber, and COO Greg Schwartz. Prior to launching StockX, Luber and Schwartz ran startups associated with Dan Gilbert’s tech incubator at the Madison Building in Detroit, Michigan. Schwartz was the CEO and co-founder of UpTo and Luber ran a “sneakerhead data” company called Campless out of the Madison Building. UpTo and Campless both had received funding from Detroit Venture Partners, a venture capital firm that was co-founded by Gilbert.

How does StockX work? It essentially connects sneaker fans with products that are hard to find and resellers who want to make money from selling the shoes that they have not worn at a significant profit. The sellers ship their shoes to StockX’s facilities and employees making sure that the products are not counterfeit before it gets shipped to a buyer.

StockX charges $5 as a minimum fee for selling the shoes and it keeps as high as 12.5% in transaction and payment fees. Last year, Luber told The New York Times that it was generating around $2 million in gross sales per day. And there are now more than 700 employees who work for StockX. But the company is not yet profitable says Recode’s sources.

The reason why the company is called StockX is that it works similar to the stock market. Essentially shoppers can bid for the lowest asking price from a StockX seller or place lower bids to see if it matches with what the seller is asking for. And StockX makes the pricing history of a sneaker transparent. StockX’s bread-and-butter is sneakers, but it also sells other accessories like watches and designer purses. The StockX website also has a ticker in the same style as the stock market featuring the real-time bids of the sneakers.

Recode pointed out that there are other companies in a similar space that also have lofty values. For example, Farfetch acquired Stadium Goods for $250 million last year. And GOAT — the company that runs boutique sneaker store chain Flight Club — received a valuation of more than $550 million after receiving a $100 million investment from Foot Locker last year.