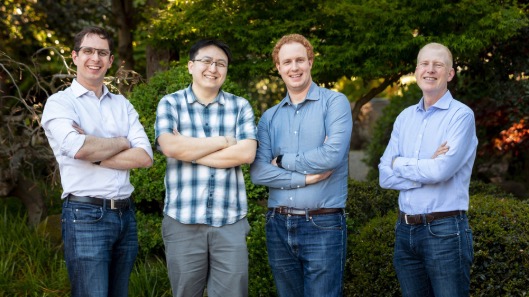 Verkada, a San Mateo, California-based enterprise video security company, recently announced it closed a $40 million Series B round of funding co-led by Meritech and Sequoia Capital at a $540 million post-money valuation. Existing investors Next47 and First Round Capital also participated in this round.

The company quickly grew since it launched in 2016. In the past year alone, Verkada aggressively acquired more than 1,000 clients with over a dozen Fortune 500 companies spanning across industries like schools, businesses, retail, hospitality, banking, and healthcare.

“Enterprise video security was clearly an industry that needed improvements across reliability, user experience and design – much of what we’ve done is bring the simplicity of consumer systems to the enterprise space. By introducing smart features and making the solution cost-effective at scale, IT, Facilities and Security teams now have a resource that enables them to be more successful at their jobs,” said Verkada’s co-founder and CEO Filip Kaliszan in a statement.

Verkada’s bandwidth friendly cameras offer up to 120 days of built-in storage and its continuous footage can be backed up to the cloud — which eliminates any single point of failure. This provides security professionals with a secure and simple way to manage surveillance across locations on a centralized platform.

Using smart features such as object detection and proactive alerting that triggers in the event of unusual activities like a person wandering on-premise after business hours or an unidentifiable vehicle parked in a loading dock, Verkada eliminates a lot of the mundane tasks associated with surveillance management without compromising personnel and facility safety.

“Verkada is empowering companies to migrate from on-premise security cameras to a cloud-first solution. Filip and the Verkada team have designed a delightful plug-and-play camera coupled with great software that is accessible from anywhere,” added Sequoia partner Mike Vernal. “A lot of magic can happen when you bring talented software and hardware people together. We found this rare combination in Verkada and are thrilled to partner with the team.”

The founders of Verkada include Filip Kaliszan, James Ren, Benjamin Bercovitz, and Hans Robertson. Kaliszan, Bercowitz, and Ren had previously founded CourseRank together (acquired by Chegg in 2010). And Robertson is the former co-founder of Meraki (acquired by Cisco for $1.2 billion in 2012).

Verkada’s end-to-end solution also encrypts at rest, in-transit, and in the cloud. Plus the cloud-based management system integrates with most mainstream single sign-on (SSO) providers to ensure that authorized personnel can easily access and manage cameras from a single console without having to install local software and servers.

“There are no secrets to becoming successful with Verkada. The way the system works is effortless—from the way it’s installed, to getting it up and running. With the right equipment and the right technology, we’ve been able to drive the business forward in other departments as well,” Equinox’s Sr. Director of Loss Prevention John Spirko commented.

According to Forbes, Verkada’s customers spend hundreds of thousands of dollars on its services (if not millions). And the company’s headcount grew from 11 to 90 in the past year. Kaliszan got the idea for starting Verkada while browsing for cameras to install outside of his home. And companies like Canary and Nest did not have the business-focused features that he was looking for.

Verkada started out by selling the product themselves, but then started partnering with channel partners to scale up. To gain Equinox’s business, the company had to convince them to re-install existing systems for free and replace it with a different one if that did not work out. Following a trial at its Beverly Hills club a year and a half ago, Equinox decided to install Verkada in five gyms and it will be gradually replacing all its cameras nationwide with Verkada’s systems.

Citrix’s Senior Director of Global Cyber and Physical Security Mike Orosz told Forbes that high-level encryption including the use of the TLS 1.3 encryption standard is what won him over. To manage about 250 cameras, Citrix is spending several hundred thousand dollars a year with Verkada.