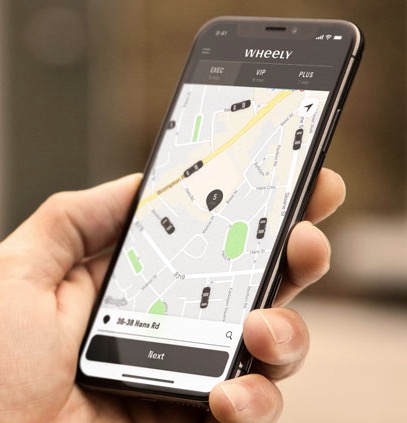 Wheely, a London-based luxury ride-hailing company, announced it has raised $15 million in Series B funding led by Concentric. Oleg Tscheltzoff, Misha Sokolov, and several other investors also participated in this round.

Competing against Uber, Wheely now has 3,500 drivers and it has a current run rate of $80 million in gross bookings. Wheely distinguishes itself by focusing on the luxury market. Wheely is currently available in London, Moscow, and St. Petersburg. Soon it will be rolling out in Paris. In London, Wheely represents 11% of gross bookings. With this funding round, Wheely is going to continue expanding.

Founded in 2010 by Anton Chirkunov, Wheely has third-party driver partners on its platform rather than employing their own. And Wheely generates revenue by collecting 20% on each ride.

To ensure a luxury experience for passengers, Wheely requires drivers to have three years of chauffeur experience and they have to pass several tests including driving and etiquette.

Wheely has three tiers of vehicles. And the minimum cost is £12 for a ride. The top tier ride is at least £40.

With the Wheely app, passengers can request journeys in specific luxury vehicles like different classes of Mercedes-Benz. And passengers can decide cabin temperature and music ahead of time.

Wheely recently relocated its headquarters from Moscow to London. In an interview with Bloomberg, Chirkunov pointed out that this decision was made so that the company could help attract senior leadership talent as it expands.

“When you try to hire executives, they all want to live in London,” said Chirkunov via Bloomberg. “They’re either already in London or want to move there. They’re not going to want to move to Moscow or Zurich.”