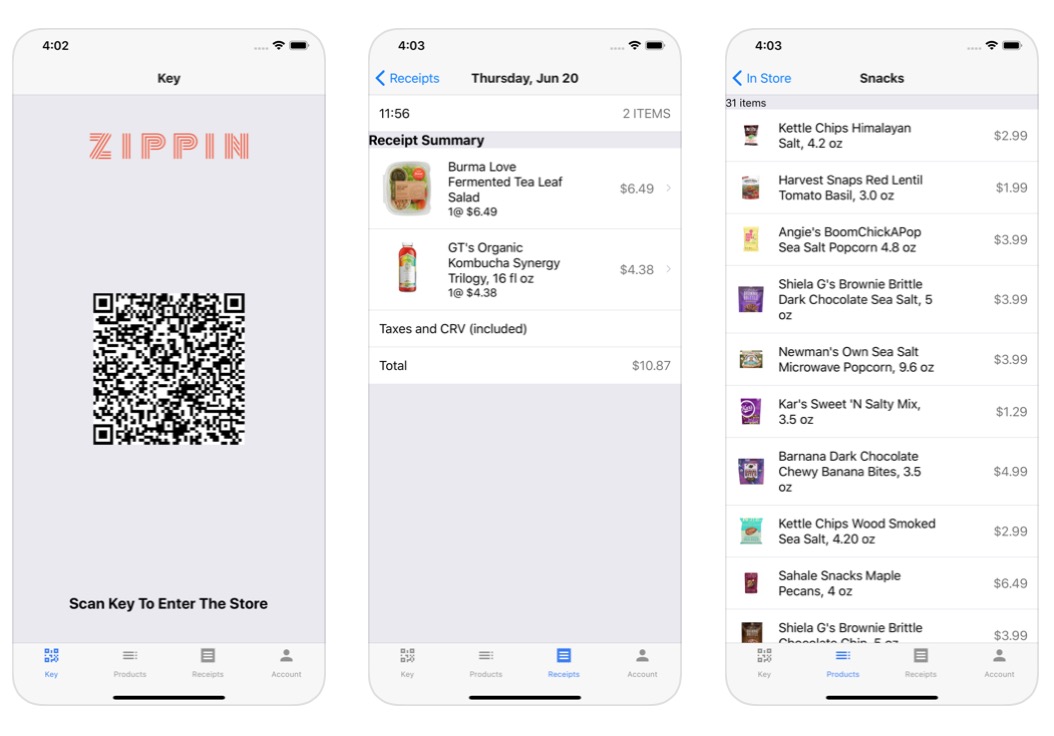 Zippin — an industry-leading startup that is enabling cashierless checkout for brick and mortar retail — announced it has closed $12 million in Series A funding led by Evolv Ventures (venture fund backed by Kraft Heinz). Other investors in the round include SAP.iO, Scrum Ventures, Arca Continental, and Nomura Research Institute and NTT DOCOMO Ventures. Existing investors Maven Ventures, Core Ventures Group, Pear Ventures and Montage Ventures also participated in the oversubscribed round.

How does Zippin work? Zippin uses a combination of computer vision, AI, and sensor fusion technology to offer consumers a complete checkout-free shopping experience. Launched in 2015, Zippin is powering four autonomous public stores and several private pilot stores globally. And Zippin most recently made headlines for its newly operational autonomous concession stand in Golden 1 Center (home of the Sacramento Kings).

This round of funding will enable Zippin to accelerate new store launches in the coming months with plans to open new stores for grocery and convenience chains, sports facilities, airports, etc. And the Sacramento Kings’ venue also marks the launch of the ”‘Zippin Cube,” which is a unique modular, prefabricated “store-in-a-box” concept that allows retailers to launch a fully functional autonomous microstore (300 – 500 sq. ft) in less than three weeks from placing the order.

“When we launched the Zippin platform for retailers in 2018, we removed friction from the checkout process. With the Zippin Cube, we are aiming to remove friction from bringing that experience to retail stores,” said Krishna Motukuri, CEO of Zippin. “We obsess about retail operations and physical infrastructure just as much as we obsess about AI and computer vision. That’s why we have more operational public stores than most other startups in the checkout-free space.”

For leading global CPG companies like Kraft Heinz, the emergence of this new retail paradigm presents an opportunity to get closer to the end consumer, provide a superior shopping experience, and build a better, data-driven understanding of shopper behaviors and preferences.

“We’re excited to join Zippin’s journey as these new formats become critical to the transition currently underway in retail,” added Smriti Jayaraman, Principal at Evolv Ventures. “Zippin’s technology also offers CPG brands, which have previously been at arm’s length from the point of sale, a unique set of opportunities to participate in the customer journey.”

Including this funding round, Zippin has raised a total of $15 million since being founded. And it will allow Zippin to further invest in product innovation, grow its technical team, and expand sales and partnership efforts.