Apple Releases iOS 12.3 Update For Download: These Are The New Features

Apple Releases iOS 12.3 Update For Download: These Are The New Features

Today Apple released iOS 12.3 with a number of new features. This is the third major update to iOS 12. The last major update for iOS was iOS 12.2 around the end of March.

iOS 12.3 is available as a free download and you can do so by going to the Settings app > General > Software Update.

And iOS 12.3 went through several weeks of testing before the final version was rolled out. Here is an overview of the new iOS 12.3 features. 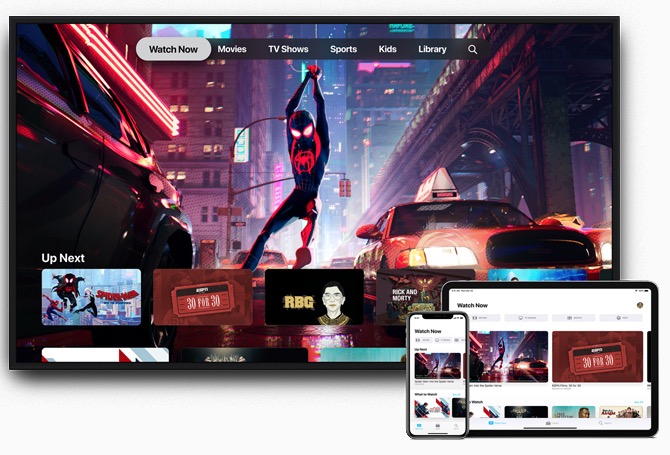 iOS 12.3 features a newly designed TV app that Apple unveiled back in March. The new Apple TV app has “Watch Now” navigation feature prominently featured when you open it.  The Watch Now section features Up Next where users can quickly find and watch their favorite programs with activity synced across devices along with the ability to explore expertly curated collections based on a secure and comprehensive understanding of users’ viewing interests.

And there is a dedicated Kids section that highlights editorially handpicked shows and movies for kids of all ages along with a Sports section that makes it easier to find games and receive notifications about teams and leagues. And the Library tab has been redesigned with Recently Added, Downloaded, Genres, and more.

Users will also see personalized recommendations of shows and movies from more than 150 video apps and streaming services along with more than 100,000 iTunes movies and TV shows including the largest selection of 4K HDR titles available for browsing, buying, or renting within the Apple TV app.

And there is a “Channels” feature in the TV app — which will show the channels that you have access to based on your subscription plans. If there is a show on a premium network like “Game of Thrones” and you want to watch it, then you can subscribe to HBO from within the app.

Some of the channels that are in the app include Acorn TV, CBS All Access, Starz, MTV Hits, Showtime, HBO, Nickelodeon, Mubi, Tastemade, Cinemax, Sundance, EPIX, Smithsonian, Starz, The History Channel Vault, and Comedy Central Now. And more will be added over time around the world.

The Apple TV app will highlight content from services that are not part of Channels. But content that is not featured in channels will have to be opened with a third-party app.

Currently, the Apple TV app is available in more than 100 countries across iPhones, iPads, Apple TVs and select Samsung smart TVs. Up to six family members can share a subscription to it through Family Sharing. And subscribers can watch and download shows and movies both online and offline — which makes the Apple TV app the first and only place where HBO subscribers can download movies and shows for offline viewing.

There is one tap playback that automatically plays your selected TV show or movie on the last screen you used based on the time and location. Siri Suggestions allows you to watch movies and TV shows with an option to AirPlay it.

Apple has also added some improvements to the Apple News app. For example, you can follow a magazine from the Apple News+ catalog browsing view.

Apple made an improvement to the Apple Music app as well. The For You tab on Apple Music now updates multiple times per day to suggest music based on genres, artists, and moods.

Several bugs were fixed in iOS 12.3. For example, an issue that could prevent Apple TV Remote from pausing a video, controlling video, or changing the volume on supported receivers has been fixed. And an issue that can cause calls made using Wi-Fi calling to drop has been fixed. Plus an issue where song information from a connected iPhone not appearing in a car display was fixed as well.