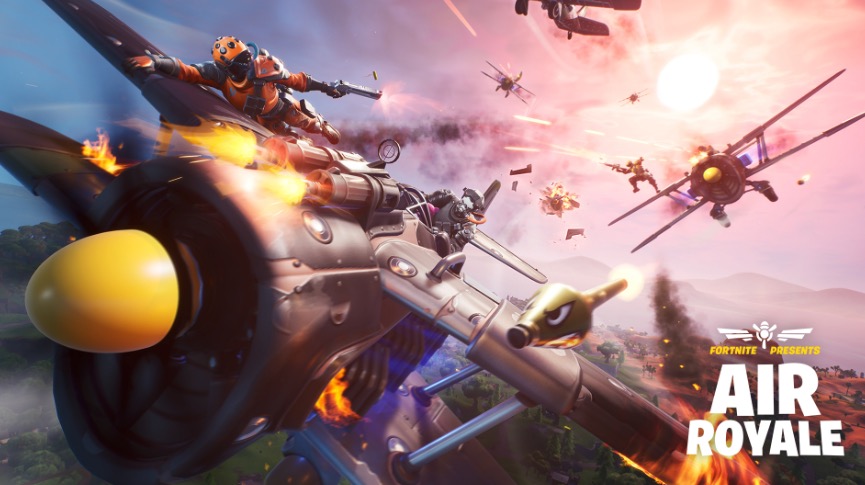 Epic Games has rolled out Fortnite 8.40, which includes Air Royale LTM, new weapons, and a number of improvements. What are some of the new Fortnite 8.40 features? Here is an overview:

For those of you who enjoyed the X-4 Stormwing, Epic Games has brought it back. You can jump into the Air Royale game mode and fight against other planes. “Pilot the X-4 Stormwing in this Limited-Time Mode as you fight to become the last plane flying! Complete free Challenges to unlock brand new Wraps as you rule the skies,” said Epic Games in a statement.

Air Royale is in duo mode and each plane has three lives. And you can take over another team’s plane in order to gain lives. Fortunately, you do not have to combat planes in regular Battle Royale matches. There are also new challenges to win some new wraps.

While playing the Air Royale game mode, your plane should not touch the ground because parking the plane causes it to explode. And you can win some points by grabbing the chests that fall from the sky and many of them include weapon upgrades and plane gun boosts. Plus there are floating repair kits so you can fix up your damaged planes and send health and shield to your teammate also.

The infantry rifle in Fortnite 8.40 now has epic and legendary rarities. Each deal 42/44 damage and you can find it in the floor, chests, supply drops, and inside vending machines.