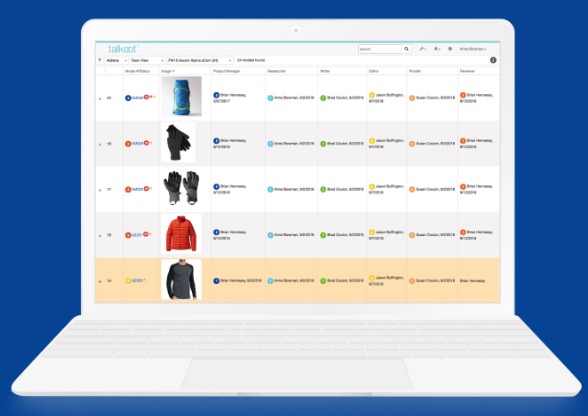 Talkoot is a cloud-based content production platform company in Portland, Oregon that recently announced it raised $1.65 million in a seed round of funding to accelerate sales and marketing and for driving product development. Seven Peaks Ventures led this round of funding.

And Cascade Angels, Willamette Valley Capital, and several individual investors also participated in this round. A portion of the $1.65 million seed round of funding was secured back in October 2018 when Talkoot won the Bend Venture Conference’s growth stage competition.

“We’ve been heads down building a great product that has allowed a handful of world-class customers to scale their omnichannel product content. This new capital enables us to bring Talkoot to the thousands of other consumer-obsessed brands who need these same powerful capabilities to navigate the new, digitally-driven retail landscape,” said Talkoot co-founder and COO Brian Hennessy in a statement. “We’re automating a cumbersome process, saving thousands of hours and adding millions of dollars to their bottom line.”

Hennessy is also the founder and chairman of a narrative identity and branding company called Thread. And he also worked as the global writing director and creative director for Adidas. Talkoot’s founders include director of engineering Jason Buffington, CTO Brad Coulon, and director of accounts Anne Bowman.

“Brian has built a seasoned team, including Derwyn Harris, co-founder of Jama Software, and an initial product for a market projected to grow to $15.8 billion by 2021,” added Seven Peaks Ventures managing partner Dino Vendetti. “In just two years, the company has seen 400 percent growth, attracting a growing customer base of global brands. We are excited to work with the team to expand into the market with a SaaS-based solution that automates the unwieldy task of global product content production, management, and delivery.”