Tesla Model Y Features: All The Details You Need To Know

Tesla Model Y Features: All The Details You Need To Know

Earlier this week, Tesla Motors CEO Elon Musk revealed the compact Model Y SUV while on stage at the company’s design studio in Hawthorne, California. The Model Y has a range of 300 miles (longest electric range of any SUV) and it can seat 7 people with an optional third row. And there is a performance version of the vehicle that can go from 0 to 60 mph in 3.5 seconds at a top speed of 150mph.

The Model Y brings Tesla into the compact SUV market, which is one of the most popular types of vehicles in the world and accounts for 49% of the new car market in the U.S. as reported by JD Power (via The Verge). More than half of people who bought a vehicle last year in the $30,000 to $50,000 range bought an SUV. 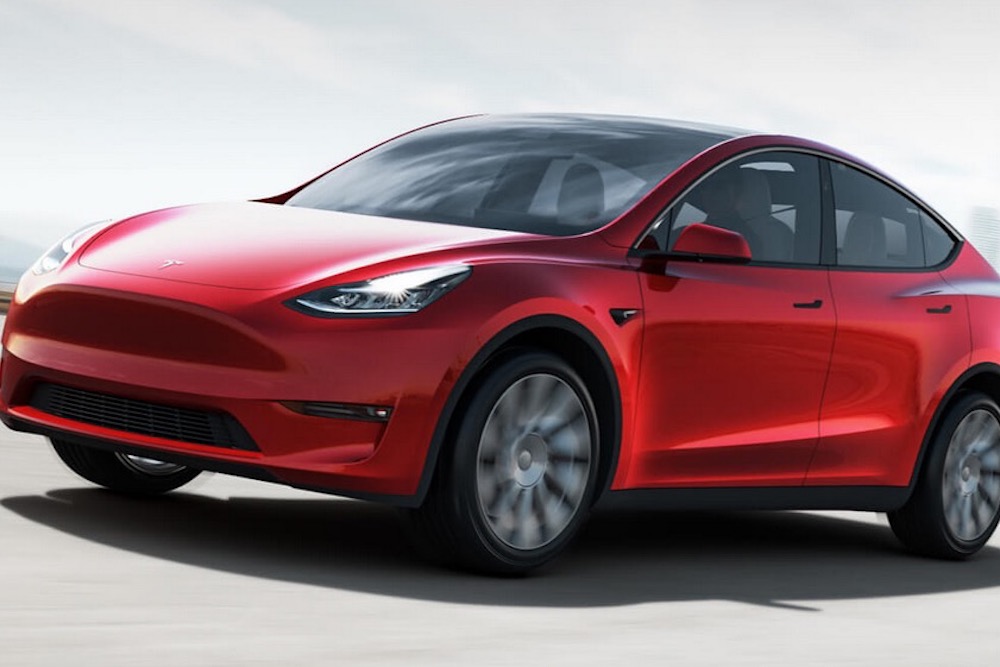 In terms of safety, Musk said that he expects the Model Y to receive 5-star crash ratings and  “will be the safest mid-sized SUV by far.” The Model Y has a low center of gravity and large crumple zones like every Tesla vehicle. 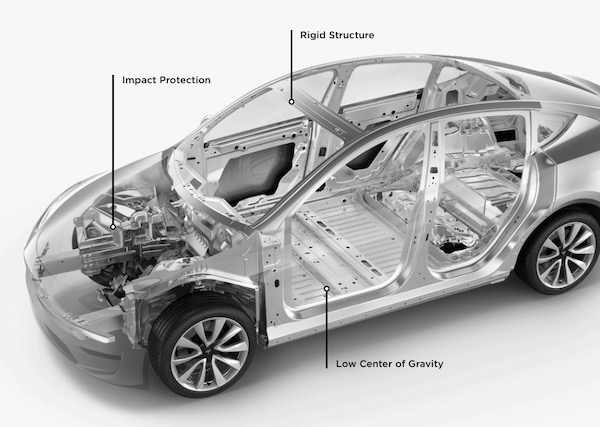 Each second-row seat folds flat independently, which makes it easier to store luggage, skis, furniture, etc. And the liftgate opens to a low trunk floor in order to make loading and unloading easier. There are 66 cubic feet of cargo space total. And the all-glass roof is expansive and creates extra headroom to provide an immersive view of the sky.

Like the Model 3, the interior of the Model Y is minimalistic and features a 15-inch touch screen for the infotainment platform that controls the immersive sound system. And with keyless entry, you can unlock the vehicle with a mobile app. 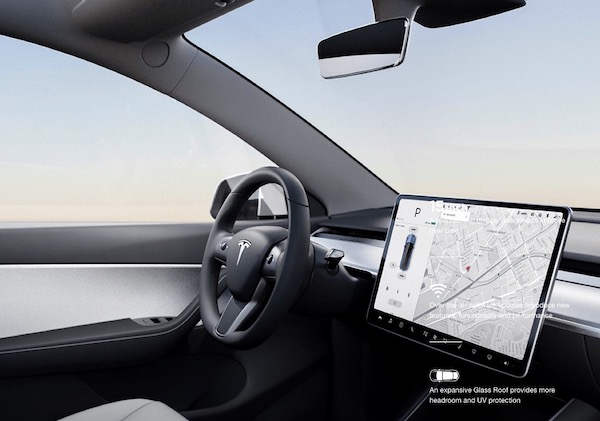 “It has the functionality of an SUV, but it will ride like a sports car,” added Musk. “So this thing will be really tight on corners.”

The Model Y can recharge 168 miles in 15 minutes at Supercharger locations. There are more than 12,000 Superchargers placed along well-traveled routes around the world.

New Tesla vehicles come standard with emergency braking, collision warning, and blind-spot monitoring. The Model Y will have Full Self-Driving capabilities — which enables automatic driving on city streets and highways pending regulatory approval. And it will have the ability to come to find you anywhere in a parking lot. These features can be added with software upgrades in the future.

For this feature to work, the vehicle has rear, side and forward-facing cameras to provide maximum visibility. And there is a forward facing radar that provides a long-range view of distant objects (160 meters). The ultrasonic sensors built into the vehicle can detect nearby cars and prevent potential collisions and assist with parking.

The All-Wheel drive variant will have two responsive and independent electric motors that digitally control torque to the front and rear wheels to provide better handling and traction.

The release of the Model Y comes on the heels of the first full year of production for the Model 3 sedan. The Model 3 was the best selling electric vehicle around the world last year. However, many consumers were holding out for the $35,000 standard range Model 3 — which became available at the end of February 2019. Once the $35,000 vehicle became available Tesla said it was going to close some stores to cut costs and then reversed the decision while upping the price of certain variants of its other vehicles.

And with the official introduction of the Model Y, Tesla has now completed its “S3XY” mnemonic for remembering the names of its vehicles. Tesla is now accepting $2,500 deposits for the Model Y vehicle.

– Tesla Reverses Decision To Close All Of Its Stores, Increases Vehicle Prices
– Tesla Is Now Selling $35,000 Model 3 Vehicles, Most Stores To Be Closed
– Tesla Adds ‘Fart’ And ‘Romance Mode’ Apps In Firmware Update
– Tesla Is Buying Battery Component Manufacturer Maxwell For More Than $200 Million
– Elon Musk: Full Self-Driving Feature To Be Completed By End Of 2019