Raleigh-based Pendo is a user insights company that has recently raised $50 million in Series D funding led by Sapphire Ventures. Founded in 2013, Pendo has raised a total of $106 million in funding. This is the most amount of money raised for a software company based in the Research Triangle region since 2000.

Geodesic Capital and FirstMark Capital also participated in this round as new investors. And existing investors Battery Ventures, Spark Capital, Meritech Capital, and Contour Venture Partners joined as well. Pendo will be using the funding to expand in Europe in 2019 and Asia in 2020. Last year, Pendo acquired an Israel-based company called Israel. 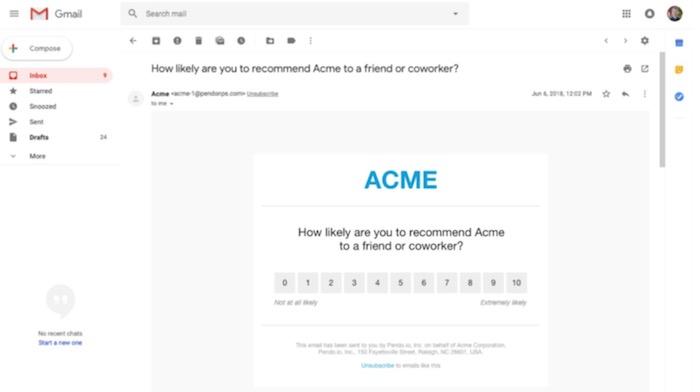 Pendo offers a cloud platform that can capture product usage data based on each page or each feature. And the company can capture feedback through in-app polls.

“A lot of companies are focused on sales or marketing but very few are focused on product,” said Pendo CEO and co-founder Todd Olson via Crunchbase. “This fundraise is a good example of why product is so critically important today, more than ever before.”

As of right now, Pendo has 225 employees, of which 45 were hired in the second quarter. And the company is expected to hire about 25 more people by the end of the year across sales and marketing and R&D. And the company will be using the funding to expand into enterprise markets.

“Our whole value proposition eliminates those experiences. We help people get immediate value when they log into software. We believe that software is becoming a permanent part of our lives whether we’re purchasing new cars or experiencing some other digital experience,” added Olson.

Pendo has about 700 customers total, including Zendesk, Salesforce, and Citrix Systems. Pendo is not profitable yet, but the company has a three year compounded annual growth rate (CAGR) of 289%. Even though the company has not disclosed its revenue, it is believed to be in the double-digit millions.

Pendo charges companies based on the numbers of customers it has ranging from about $10,000 to $100,000 per year to use the service.