According to The Wall Street Journal’s sources, Volkswagen is reportedly going to invest $1.7 billion into Ford’s Argo autonomous driving subsidiary. Ford and VW are expected to treat Argo as “the nucleus of an equally held joint venture that could receive additional assets from Volkswagen over time.”

Partnership talks between Ford and Volkswagen reportedly surfaced during this year’s Auto Show in Detroit last month when the two auto giants announced a global alliance involving commercial vans and trucks as a way to improve efficiencies and increase global reach. As part of that deal, Ford will be building a truck for both companies by 2022. 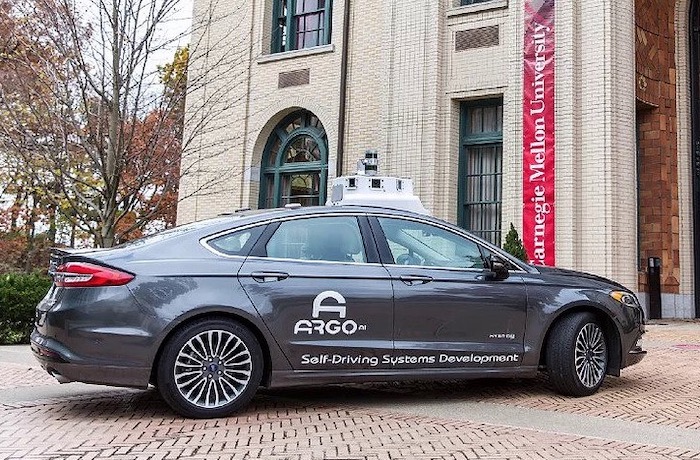 Ford and Volkswagen may more partnerships in the future as this is just a start. Of the $1.7 billion investment, $600 million is for Volkswagen’s equity in Argo and $1.1 billion will be set up as working capital. In the future, Volkswagen and Ford may also partner on electric vehicle and mobility projects.

The investment from Volkswagen is crucial for Ford to stay competitive when it comes to the development of autonomous driving. Two years ago, General Motors acquired Cruise for approximately $1 billion. And SoftBank and Honda made strategic investments in Cruise. Now Cruise is valued at about $14.6 billion.

Some of the other companies that are partnered for autonomous driving initiatives include Daimler and Nvidia and Alphabet and Waymo.

Argo’s valuation is now reportedly $4 billion, which is a substantial increase from the estimated $1 billion that Ford spent for the company in August 2017.

Based on vehicles delivered, Volkswagen is the largest in the world at 11 million. Volkswagen delivered nearly 11 million vehicles last year between its brands Volkswagen, Audi, Porsche, Lamborghini, Bentley, Bugatti, and Skoda.

– Volkswagen To Invest $800 Million In Chattanooga Factory For Electric Cars

– Ford Is Shutting Down Its Chariot Shuttle Bus Service