Google recently released a beta of the Android Q operating system. And the beta revealed that Google Android Q has dozens of new features, many of which significantly improves upon the user experience.

Here is a list of some of the new Android Q features that appear to be included (Note: This article will be updated periodically with new information as it comes in):

Android Q has a better file manager as the search bar at the top will show a carousel of filters in order to sort files. And there are options to view files from third-party apps in much easier ways than before.

The Android Q operating system gives users more control over their shared apps. Users can control apps’ access to the Photos and Videos or the Audio collections through new runtime permissions. For downloads, apps must use the system file picker — which allows the user to decide which Download files the app can access. And for developers, there are changes to how your apps can use shared areas on external storage.

When you pull down the quick settings menu in Android Q, the battery percentage icon shows the estimated amount of time left on the charge:

Android Q is accounting for the upcoming release of foldable devices (see Samsung Galaxy Fold features). In order to help developers build apps that take advantage of foldable devices, a number of improvements were made in Android Q such as changes to onResume and onPause to support multi-resume and notify your app when it is in focus.

Plus Google changed how the resizeableActivity manifest attribute works in order to help developers manage how the app is displayed on foldable and large screens. 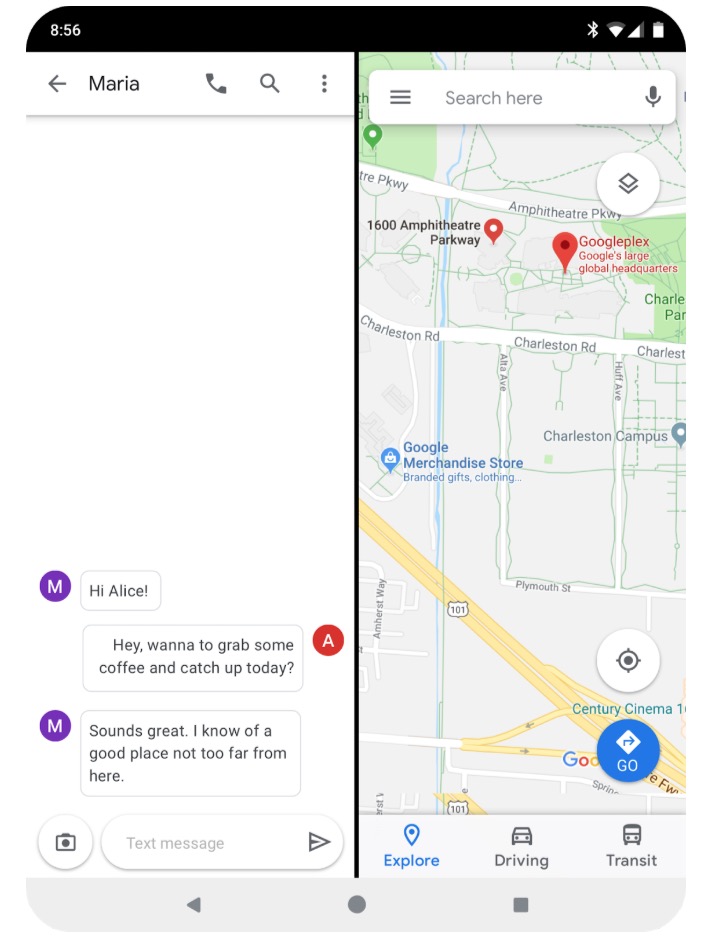 Improvements Made To Peer-To-Peer And Internet Connectivity

Google has refactored the Wi-Fi stack to improve privacy and performance in Android Q. This also improves common use-cases like managing IoT devices and suggesting Internet connections without requiring the location permission.

Network connection APIs makes it easier for managing IoT devices over local Wi-Fi for peer-to-peer functions such as configuring, downloading, or printing. And apps initiate connection requests indirectly by specifying preferred SSIDs and BSSIDs as WiFiNetworkSpecifiers. So the platform is able to handle the Wi-Fi scanning itself and display matching networks within a Wi-Fi Picker. The platform can set up the connection automatically when the user chooses.

Android Q is adding better notification controls. When you push down on an alert, you can decide whether to block the alert or show it silently.

In Android Q, Google is limiting access to non-resettable device identifiers, including device IMEI, serial number, and similar identifiers. And Google is also randomizing the device’s MAC address when connected to different Wi-Fi networks by default. — which is a setting that was optional in Android 9 Pie.

Along with randomized MAC addresses when Android Q connects to different Wi-Fi networks, Google is also adding new Wi-Fi standard support, WPA3, and Enhanced Open to improve security for home and work networks along with open and public networks. Plus Android Q is also adding protection around APIs for Bluetooth, Cellular, and Wi-Fi by requiring FINE location permission rather than COARSE location permission. 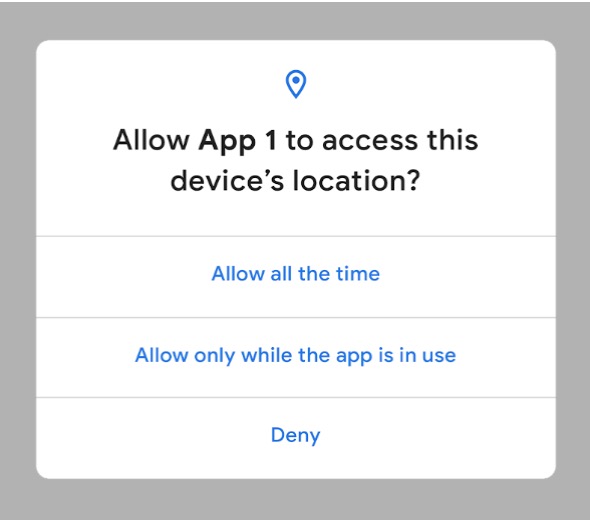 Android Q now shows key system settings directly in the context of apps. Developers can customize these menus through the new Settings Panel API, which utilizes the Slices feature that was introduced in Android 9 Pie. The settings panel is essentially a floating user interface that is invoked from an app to show system settings that users may need like Internet connectivity, NFC, and audio volume. So a browser could display a panel with connectivity settings such as Airplane Mode, Wi-Fi, and Mobile Data without having to leave the app. And users can manage settings as needed from the panel. 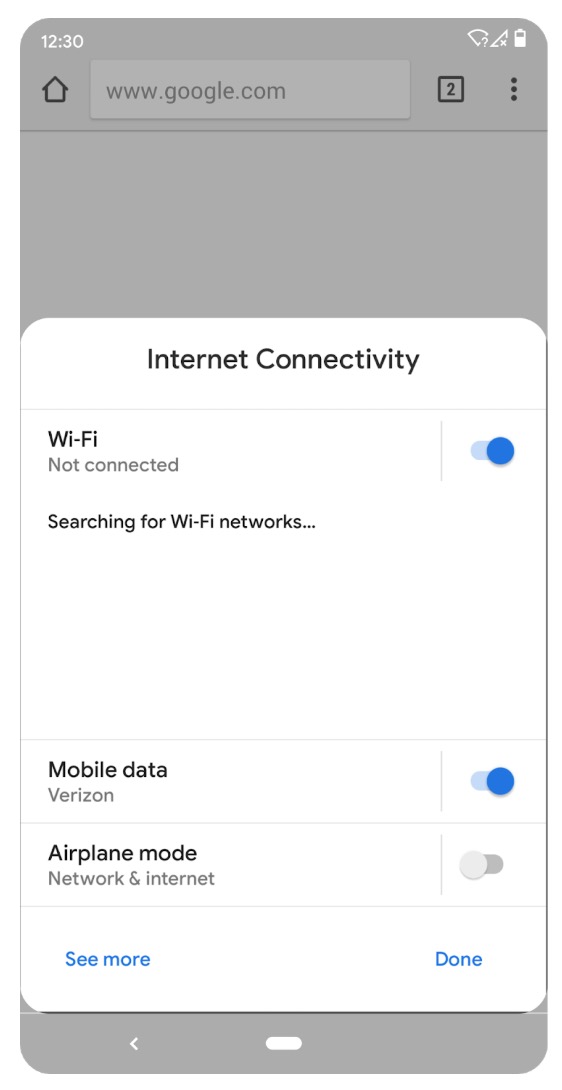 As many mobile device cameras can simulate narrow depth of field by blurring the foreground or background relative the subject, they capture depth metadata for various points in the image and apply a static blur to the image after which the depth metadata is discarded.

With Android Q, apps are able to request a Dynamic Depth image which consists of a JPEG, XMP metadata related to depth related elements.

This allows developers to offer specialized blurs and bokeh options in their apps. And the data cna be used for creating 3D images or to support AR photography in the future.

Google has implemented the Product Sans font system-wide. This font was first introduced in Android 9 Pie in certain parts of the user interface, but now it is being used throughout devices.

Google noticed that users get upset when an app unexpectedly jumps into the foreground. So Android Q will prevent apps from launching an Activity while in the background in order to reduce interruptions. And if an app in the background needs the user’s attention like incoming calls or alarms, high-priority notifications can be set up.

And developers can publish share targets for launching a specific activity in their apps with content attached. Since it is published in advance, the share UI can load instantly when launched. 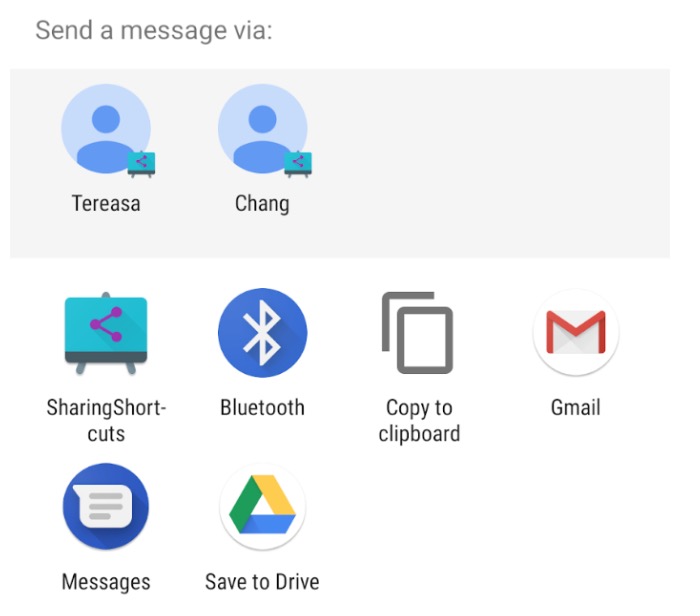 Android Q allows you to share Wi-Fi credentials through a QR code. This makes it easier for people who have extra long passwords with numbers and characters.

Android Q allows you to request adaptive Wi-Fi by enabling high performance and low latency modes. This will especially be beneficial where low latency is important for the user experience like real-time gaming and active voice calls.

Android Q will also include Unicode 12.0 emoji. The emoji included in Unicode 12.0 includes an ear with a hearing aid, a guide dog, a sloth, an orangutan, an otter, a skunk, a flamingo, a waffle, a falafel, garlic, butter, a Hindu temple, a manual and a motorized wheelchair, an auto rickshaw, a yo-yo, a kite, a sari, a one-piece swimsuit, ballet shoes, a banjo, an axe, a drop of blood, a stethoscope, a razor, and an adhesive bandage.

Google appears to be testing a screen recorder feature, which could be added to the final version of Android Q. You can test this out by opening up the Settings app in Android Q and then going to System > Advanced > Developer options > Feature flags. Then select the settings_screenrecord_long_press setting and long press the power button and then long press the screenshot button. (tip via Gizmodo)

The beta version of Android Q allows you to undo Home Screen icon removals. This feature is currently available for the Google Pixel launcher.

In the developer settings, there is an option to change the accent color that is used throughout the operating system along with the default font. This feature has not been confirmed for Android Q, but it seems likely to be included in the final version.

Google usually releases new versions of its mobile operating systems between August and November of every year. This will likely be the case for Android Q as well.

If you want to use Android Q Beta, you can download it on any Pixel device. You can enroll for the beta program at: https://www.google.com/android/beta. You can use the Android Emulator and download the latest emulator system images via the SDK Manager in Android Studio if you do not have a Pixel device.