Google Stadia: Features, Launch, Release, And Everything You Need To Know

Google Stadia: Features, Launch, Release, And Everything You Need To Know

This means that Stadia games will be available on any device that has a Google Chrome browser including smartphones, computers, and TVs with a Chromecast. During the demo, a game was handed off between all of these devices. A USB controller or Google’s Stadia remote with Wi-Fi is used to connect to the data center.

Google said that games on Stadia could have games with higher quality than the Xbox One and PlayStation 4 by reaching up to 60 frames per second (fps) at 4K resolution with plans to eventually hit 8K and 120 fps. And Google is working with AMD to build the hardware — which will run on Linux with the Vulkan graphics API and operate at 10.7 GPU teraflops. Google went as far as saying the Stadia is more powerful than the Xbox One X(6.0 GPU teraflops) and PS4 (4.2 GPU teraflops) combined.

Marty Stratton of id Software also appeared on stage at Google to discuss Doom: Eternal coming to Stadia in full 4K at 60 fps. Stratton said that id Software is familiar with the Vulkan APIs for optimizing gameplay.

Back in October 2018, Google tested the video game streaming service as part of a closed beta called ProjectStream. As part of the beta, users were able to play Ubisoft’s “Assassin’s Creed: Odyssey” from the Google Chrome browser. That is the type of game that you would expect video game consoles with high end hardware to work. ProjectStream simply required a 25 Mbps or faster Internet connection along with the Chrome browser and it worked as well as the console versions. And with this experiment, Pichai said that the company learned they could bring a triple A game to any platform using the Google Chrome browser.

Google recently hired video game veteran Jade Raymond as a VP of the company and she will be overseeing Google’s first game studio Stadia Games and Entertainment. The studio will be creating games and experiences that are exclusive to Stadia. And it will work with third-party developers to implement Google’s game streaming technology into their games.

Interestingly, Business Insider’s Antonio Villas-Boas noticed that the “Konami Code” is hidden on the back of the new Stadia controller. The Konami Code is a series of button combinations that activates cheats in certain games. It first became popular with the game “Contra” (1987) for the original Nintendo Entertainment System console. The code is as follows: “up, up, down, down, left, right, left, right, B, A.”

The Stadia also has some interesting integrations with YouTube. Tapping the Play button on related YouTube videos will pull up that game. 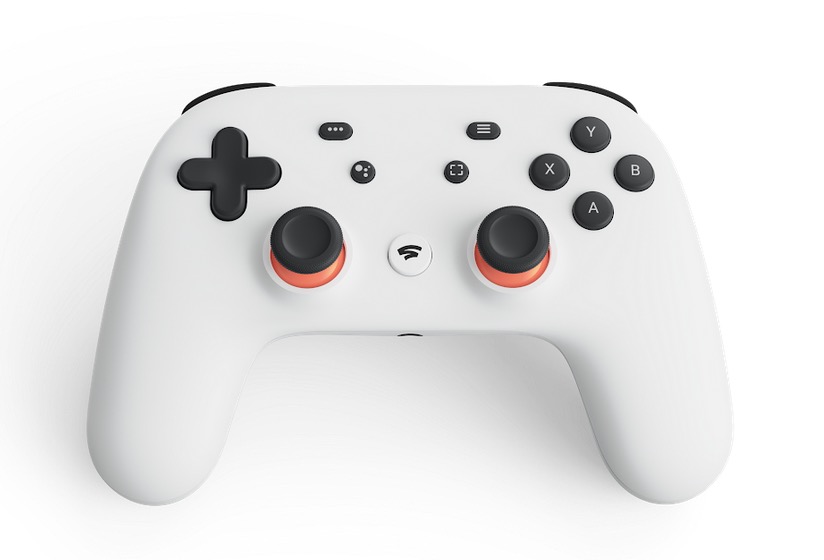 This feature gets players into a game as quick as five seconds without requiring a download, a patch, an update, or an install said Google vice president and general manager Phil Harrison via USA Today. “Stadia offers instant access to play … (and reduces) the friction between getting excited about a game and playing a game,” Harrison added.

Another interesting feature built into Google’s game streaming platform includes Crowd Play, which offers instant joining and coordination of multiplayer games. Plus there is a help feature that works similar to Google Assistant that works with the built-in microphone.

During a demonstration, Google Assistant was asked how to beat a tomb in Shadow of the Tomb Raider. Google Assistant knew what the user was asking and where the player was in the game. Then it showed a YouTube clip with some tips about what to do next.

The controller also has a button used for streaming game play on YouTube. This will make YouTube even more formidable against game streaming services like Twitch.

The Stadia Controller looks like a combination of an Xbox One and a Nintendo Switch Pro controller. It has a D-pad, two analog sticks, triggers, shoulder bumpers, and four face buttons. Plus it has a 3.5mm jack. In terms of colors, Google’s Stadia Controller will be available in black, white, and mint.

There is a feature called State Share that allows players to send a link via YouTube, email, etc. — which allows them to pick up at a specific spot in the game. Dylan Cuthbert and his team at Q-Games Ltd are working on a game that utilizes this feature. Cuthbert is hoping that this will turn the game into an “infinite replayable treasure hunt.”

And there is a Style Transfer feature that utilizes machine learning for creating game worlds in real-time. This essentially enables developers to complete change the layout of a game.

Google Stadia is already supported by video game developer software platforms such as Unreal and Unity. Some of the games that are coming to Stadia include Assassin’s Creed Odyssey, Doom Eternal, Night Forest, Rime, Shadow of the Tomb Raider, and NBA 2K19.

However, Ubisoft’s Yves Guillemot suggested in an interview with GameSpot that there could be a number of ways that the games could be priced. “Either you buy full price and you play; or you will be able to also register, possibly, to play either one hour or two hours a day. There will be plenty of ways,” said Guillemot.