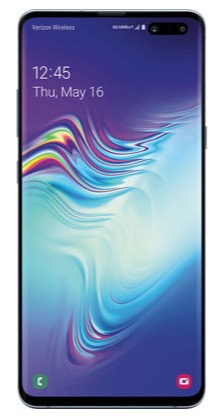 Verizon is preparing to roll out its 5G in 30 more cities this year. Plus Verizon also announced it is now offering preorders for the Samsung Galaxy S10 5G.

Earlier this week, Verizon listed 20 cities that will be getting 5G first this year. So far, Verizon 5G has been rolled out in Chicago and Minneapolis.

The 20 cities that have been listed include Atlanta, Boston, Charlotte, Cincinnati, Cleveland, Columbus, Dallas, Des Moines, Denver, Detroit, Houston, Indianapolis, Kansas City, Little Rock, Memphis, Phoenix, Providence, San Diego, Salt Lake City, and Washington DC. However, one of the biggest drawbacks about Millimeter wave (mmWave) spectrum is that it does not travel far from its cell sites and cannot penetrate materials. So it will be difficult to get true 5G service for the time being.

Verizon is also offering some incentives for those of you who order the Galaxy S10 5G. The company is offering $450 for trade-ins on eligible phones and a $200 prepaid card under a few conditions: You switch to Verizon, you buy a Galaxy S10 5G on a device payment plan, and you sign up for Verizon Unlimited.

And Verizon is also going to waive the $10 per month 5G Ultra Wideband access fee and give buyers a free Samsung Wireless Charging Battery Pack and free pair of Samsung Galaxy Buds.